Home
Movies
Comedy
Army Of The Dead Vs. Dawn Of The Dead: Which Is Better? 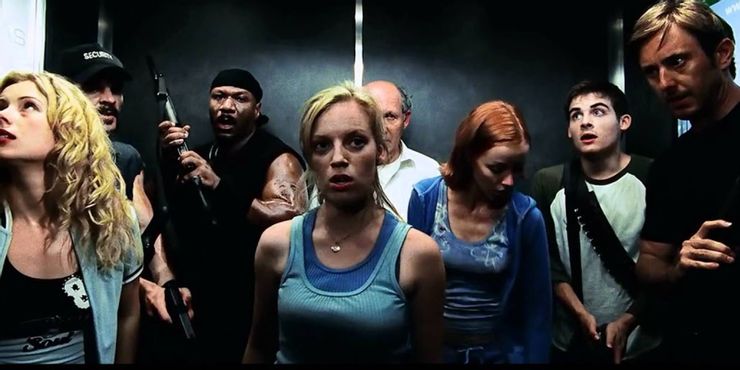 In 1978, legendary filmmaker George A. Romero released the instant classic, Dawn of the Dead. While not the first zombie first-ever made – that nod goes to Victor Halperin’s 1932 White Zombie – it surely sparked a genre that would see countless zombie movies following its release. In 2004, Zack Synder updated the 70’s classic that was met with critical praise due to its homage of the George A. Romero original while putting its own spin into the remake. Nearly two decades later, Synder would try his hand at another zombie flick, Army of the Dead, starring Dave Bautista (Guardians of the Galaxy, Blader Runner 2049), Omari Hardwick (Sorry To Bother You, Kick-Ass), Ella Purnell (Maleficent, Never Let Me Go), the film follows a ragtag team of zombie experts who try to retrieve $200 million sitting in a vault beneath the strip that’s plagued with zombies. Like Dawn, the Zack Synder original was praised by critics and currently stands at a solid 67% on rotten tomatoes. With both zombie films receiving high praise, which Zack Snyder movie is better? Let’s dive deeper into both Army and Dawn of the Dead.

Dawn of the Dead

Dawn is a solid remake that does hold its own in terms of originality. The original film was groundbreaking because it felt fresh and new; however, since 1978, films like 28 Days Later and Shaun of the Dead emerged before the Zack Snyder remake. Still, the veteran filmmaker makes good use of updating the classic property while managing to maintain the spirit of the original. Thankfully, Synder doesn’t simply go for the body count and lets the audience connect with most of the characters first. Ana is a likable presence that carries the film, and Sarah Polley does a great job of pulling her weight when asked to do so. Of course, there’s also a fun string of characters in the Dawn remake, with Ving Rhames’s Kenneth, Mekhi Phifer’s Andre, and Ty Burrell’s Steve being the standouts.

There are also some effectively creepy sequences throughout the film. One of the best is when Andre’s girlfriend gives birth. It’s both terrifying and heartbreaking, with Phifer doing an excellent job of conveying a delusional joy over the birth of his zombie baby. In terms of the action, this is a Zack Synder piece, so of course, you’re going to be in for a treat when it comes to that aspect. The movement and direction of these sequences are easily the highlights of the film. Overall, Dawn is a rare remake that honors the original, but still stands on its own thanks to the creative direction from Synder.

Army of the Dead

Surprisingly, Army goes with more emotional depth than anticipated. That makes for a stronger story and the connection between Scott and Katie prevents this film from being another zombie flick. The premise is quite clever actually and Snyder does a strong job of setting up the heist from the beginning. It’s difficult to find a new spin on the zombie genre, but the creation of these alpha zombies was a great addition to the film. Like Dawn, the cast of characters is strong. While some stand out more than others, every actor brings something to the table that makes the chemistry between the core cast work. As great as Tig Notaro is, the green screen is highly noticeable. It does distract from the film a bit, though the experience is never ruined.

Bautista shows off a nice acting range here. While more subtlety could’ve been used for Theo Rossi‘s clearly a d-bag, rapist character, the point of his role was to simply be sacrificed and die, and in that aspect, I cheered loudly when his head was blown off. So mission accomplished. Despite the obvious green screen with Tig Notaro, the special effects and impressive set pieces are tremendous. The plot is simple, but the action and twists kept the story moving at a brisk pace despite its 2 hours and 28 minutes run time. There’s some predictability throughout the film (namely Omari Hardwick’s character being bitten as well) but Army is still a joy to watch regardless. Overall, a great film with strong action, effective storytelling, and a great location set piece.

So, which film is better? Army of the Dead. It’s impressive that the film never drags despite its lengthy runtime. Army won’t go down as the best zombie film ever, but the fresh ideas and gorgeous visuals make it head-and-shoulders above the Dawn of the Dead remake.