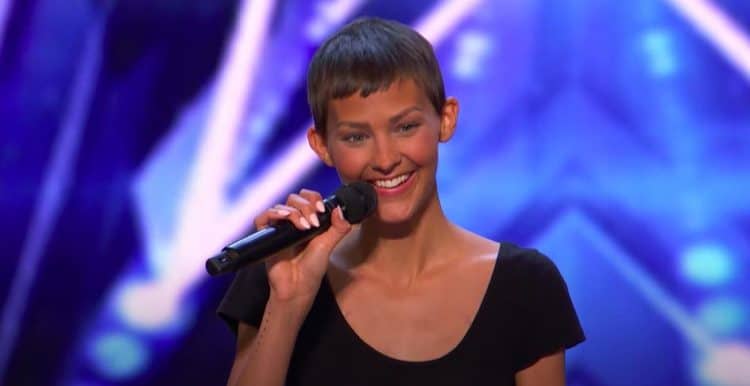 America’s Got Talent is easily one of the most intense talent competition shows on TV. So it goes without saying that even the most talented acts can get a little nervous before they perform. However, when Nightbirde took the stage, it was clear that she was confident and ready to put on a memorable show. Not only did Nightbirde put on a gold buzzer-worthy performance by singing a song of her own, but her story of battling cancer also warmed the judges’ hearts. Although her chances of surviving cancer are statistically low, Nightbirde has no plans to give up her fight. Continue reading to learn 10 things you didn’t know about Nightbirde from America’s Got Talent.

1. She Studied At Liberty University

Nightbirde, whose real name is Jane Marczewski, was born and raised in Ohio, but she decided to venture down south for college. She attended Liberty University where she graduated in 2013. We weren’t able to find any information on exactly what she majored in. Since Liberty University is a Christian school, there’s a good chance that Nighbirde’s faith is very important to her.

2. She Already Has A Large Social Media Following

Being on America’s Got Talent has helped more people learn more about Nightbirde’s story and her amazing talent, and it looks like it’s also doing wonders for her social media presence. She currently has 107,000 followers and there’s no doubt that number is going to grow even more as her journey on the show continues.

Things in Nightbirde’s life have been pretty hectic since her cancer diagnosis, and sometimes she just likes to be able to relax and take her mind off of everything she’s dealing with. Nightbirde has endless respect for nature and all of its beauty and she loves to be around it as much as she can.

4. She Is All About Spreading Positivity

With all of the things that Nightbirde’s been through, it would be easy for her to adopt a negative attitude and focus on the downsides of life. However, she refuses to do that. Instead, she chooses to focus on the good things she has going for herself, and she hopes to spread this positivity to others.

Since her performance on America’s Got Talent, there are countless people all over the country who want to show her support. The good news is that listening to her music isn’t the only way you can show her love. She also sells branded merchandise in her online store. Currently, she only sells t-shirts, but maybe she’ll add some more items in the future.

On top of all of the health issues she’s been dealing with, Nightbirde suffered another one of life blows when her marriage fell apart. Although we don’t have many details on the relationship, we do know that Nightbirde’s ex-husband decided that he was no longer interested in being married. As most people know, going through a breakup isn’t easy, but going through a breakup while trying to fight cancer is even more stressful.

Nightbirde doesn’t just like to write songs, she also writes content for the internet. She started a blog on her website, and she has written some very beautiful posts. Her poetic writing style allows her thoughts and feelings to come across in ways that are relatable and touching.

8. She Likes To Do Pottery

Nightbirde is a creative person through and through, and her self-expression doesn’t stop with music and writing. She has also done some pottery and she’s got some pretty serious bowl-making skills. In addition to being a way to express herself, pottery is also a very calming activity.

Nightbirde is the kind of person who is never shy about standing up for the things she believes in. She has openly used her social media presence to raise awareness to the Black Lives Matter Movement. She’s a strong advocate in the fight to end racism and she also encourages her followers to do their part.

Now that her America’s Got Talent journey has gotten off to a great start, there are lots of people who are excited to hear more music from her. The good news is that they won’t have to wait until the next time she’s on TV to do it. She has a YouTube channel where she’s posted a good amount of music-related content. Unfortunately, she hasn’t uploaded any new videos in about six years.