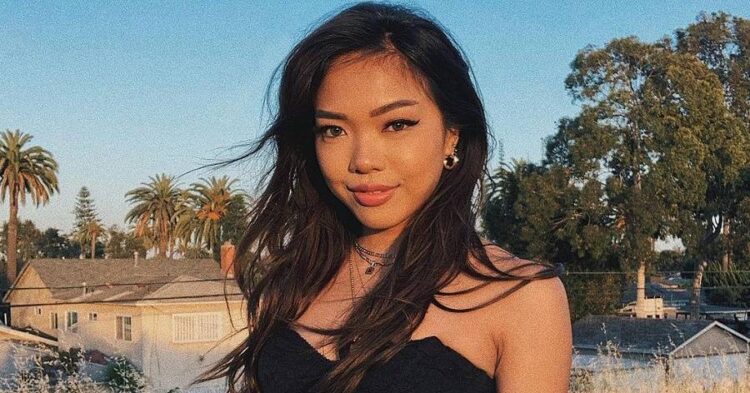 Nava Rose is a name the world knows well. She’s been making her videos and sharing them on various social media sites for approximately a decade now, and she has been making fans left and right. Whether she is recreating a look that a pop star wore or a makeup vibe she saw on a supermodel or even posting a DIY video of a project she’s working on at home, the world pays attention. Here is everything you didn’t know you needed to know about Nava Rose and the life she lives.

She’s been using TikTok for a while now, and she’s done well on the platform. Many influencers who used other platforms over the years have made the change and moved over to this popular social media channel, and it appears it is working in her favor.

2. She Posts Singing and Fashion Videos

One of the things she does when she posts is share a lot of lip-syncing and a lot of fashion. In fact, she’s most famous for her ability to share videos of herself getting ready when she’s ready to go out and have fun. These videos have made her famous already.

She was born in the 90s, and she got to grow up during the best time. Growing up in those days was so much easier and so much simpler than it is right now. She was able to go to school without social media, to live without the constant contact and availability we have right now, and things were just that much easier. She was born on October 8, 1990.

4. She is Very Much into DIY

Another of her talents is DIY. She’s a young woman who is happy to take on some DIY projects and make them her own, and her fans love to watch. She’s had a lot of success over the years in making these videos, and fans keep tuning in to see more.

5. She is an Advocate

She’s spent a lot of time making it very clear to those who follow along on her journey that she is not someone who will sit back and allow the world to hate. She’s not here for it. She’s not here for any of it. Asian hate is something she advocates to stop, and it’s a situation she will continue to try and change if she has her way.

6. She is a YouTuber

Surprisingly, she was first made aware of her ability to find people to watch her live her life through YouTube. She began her own YouTube Channel almost a decade ago, and she’s been thriving ever since. She began her channel in 2013. And, yes, it does blow our minds that YouTube has been around for that long.

She is not really called Nava Rose. While it is a lovely name, it is not the name her parents graced her with at birth. In fact, her birth name is actually just as lovely, but very different. She is Alexa Jade. But, we get wanting to use something that is less officially your birth name and less ‘here I am and this is my name and where you can find me,’ which can be a lot.

8. She is So Stylish

One thing we can say about Nava Rose is that she has a killer sense of style. She doesn’t let anything pass her by, and she’s not afraid to try a little of everything. She’s got so much going for her, and it’s made such a difference in her life. She has been able to focus on things like her makeup looks, recreating things she sees online, and wowing her audience.

Her confidence level is amazing. She is unafraid to try new things, to make things happen for her, and to change her life for the better. She is unafraid to be different, to be new, and to be someone who does what she does. She’s not worried about what anyone thinks of her.

Something else we can say about her that is largely true is that she is someone who very much likes to maintain her privacy. She is not interested in being someone who is living every aspect of her life in the public. She likes to keep a few things to herself, and we don’t know much about her private life as a result.