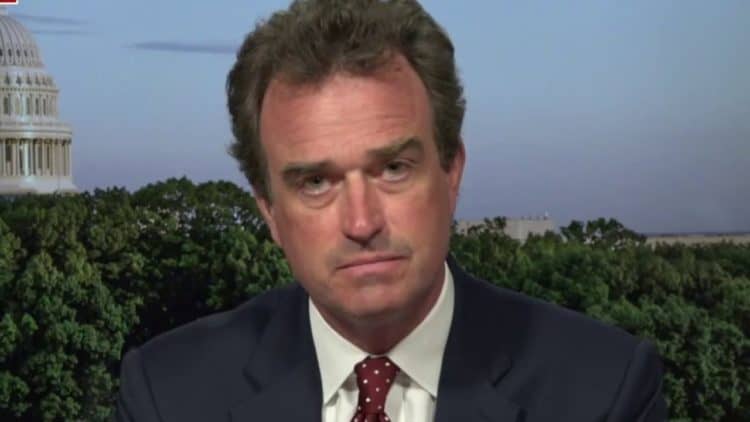 For more than 20 years, Charlie Hurt has been a strong presence in the world of journalism. Known for his political commentary, Hurt has built a career around sharing his opinion on the latest happenings in the United States. Along the way, he has earned the respect of people all across the country. Charlie has built a large following that includes people who agree and disagree with what he has to say. Charlie has contributed to a number of well-known publications including The Washington Post and The New York Times. As political tensions in the United States continue to increase, Charlie is ready to help people stay in the loop every step of the way. Here are 10 things you didn’t know about Charlie Hurt.

1. He Is A Virginia Native

Charlie was born and raised in Virginia and he is very proud of his southern roots. His father, Henry, also worked in the journalism field and was an editor for Reader’s Digest. Although Virginia will always have a special place in Charlie’s heart, he currently lives in Washington D.C.

2. He Has Loved Journalism Since He Was A Kid

Reading and writing are the last two things on lots of kids’ minds, but that wasn’t true for Charlie. He has loved the news since he was a little kid, and it didn’t take him long to realize that he wanted to make a career out of it. According to his bio, when Charlie was just eight years old, he was “the managing editor of a local single-sheet publication he ran with his brother and sister called The Gilmer News and Gossip.”

3. He Is A Husband And Father

Charlie has invested a lot into his career over the years, but that hasn’t come at the expense of his loved ones. He is a very dedicated family man and has been happily married for several years. He and his wife, Stephanie, have three children together: Sam, Lilly, and Henry.

4. His Brother Is A Politician

Charlie isn’t the only person in his family who is interested in politics. His brother, Robert, has been a politician for many years and served as a U.S. Representative from 2011 to 2017. Most recently, Robert attempted to be nominated for U.S. District Judge for the United States District Court for the Western District of Virginia in 2018.

When most people think of Charlie’s written work, newspapers are what comes to mind. However, that isn’t the only place where he’s shared his thoughts and ideas. In 2019, he released a book titled Still Winning: Why America Went All In on Donald Trump-And Why We Must Do It Again. We were unable to find any information on whether he plans to write another book in the future.

6. He Loves Connecting With Fans

Charlie isn’t as into social media as some other journalists, but he still has a pretty solid Twitter presence. He enjoys getting the chance to interact with people on the platform. It’s fairly common to see him responding to questions and comments from readers – even if they don’t always agree with what he has to say.

Charlie has spent a lot of time in the spotlight during his career, but he has been very intentional in making sure that the attention he gets is focused on his work. He has never been the type of person who likes to share much information about his personal life with the public.

8. He Has Two Bachelor’s Degrees

Even before Charlie officially began his career, he was working hard to lay a strong foundation that would lead to him finding lots of success. Charlie attended college at Hampden–Sydney College in Virginia where he earned bachelor’s degrees in both English and political science. Since graduating, Charlie has managed to put both of his degrees to good use.

9. He Is Available For Speaking Gigs

Watching Charlie on TV isn’t the only way you can see him in action. According to AAE Speakers, Charlie can be hired for various public speaking events including graduations and other occasions. The website does not list his price, but there’s a good chance it’s going to cost you a pretty penny.

Thanks to the internet, we now have more ways to access the news than ever before. In more recent years, podcasts have become a very popular way for people to stay up to date with what’s going on. Charlie is the host of a podcast called Charlie Hurt: Politically Unstable. According to the show’s description, Politically Unstable is a place “Where news and commentary collide.” The podcast is currently available on all major streaming platforms.