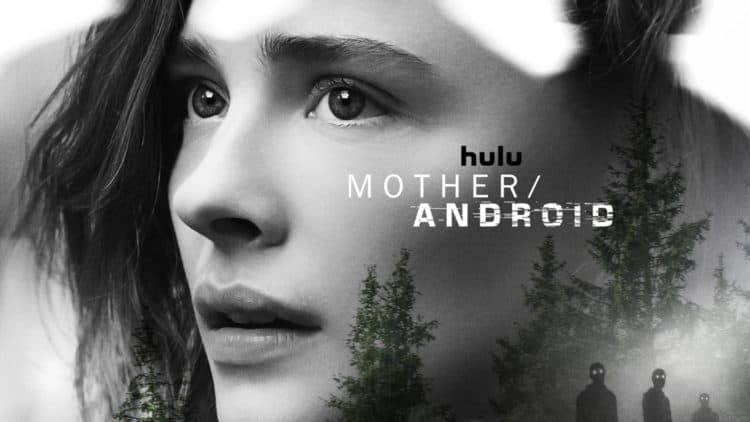 Movies dealing with technology and how it turns on its users are often seen as popular enough to be given a look, and some of them end up becoming worth it ultimately since they make people question their dependence on said technology. The story begins with Georgia and Sam sitting in a bathroom sharing a somber moment, as Georgia has discovered she’s pregnant. It’s kind of obvious that she doesn’t know how to feel about this, but despite Sam’s willingness to get married and make things right, she’s still reluctant. This appears to be the big deal of the movie until one little slip that comes when the android that’s kept by Georgia’s family says “Happy Halloween” to Sam on their way out when it’s quite obvious that it’s Christmas. This one slip might not be seen as important by many people, but many others would likely see this and think that it’s worth sticking in their memory. When Sam and Georgia attend a Christmas party it’s apparent that Georgia’s friends aren’t entirely approving of Sam, and seek to help Georgia when she needs it.

When a blaring signal is heard while Georgia and one of her friends are in the bathroom talking, the real terror begins as the android in residence begins attacking the guests, killing several before Georgia and Sam can escape. Nine months later it’s seen that Sam and Georgia have taken to the woods and are on their way to the fortified city of Boston, where it’s been made clear that people are being given safe passage to Asia where they can live in relative safety. Many cities have fallen since the androids attacked, and since the machines don’t sleep, they end up overtaking the human’s city by city, as the only real defense against them are EMPs that are more of a last resort.

Upon finding their way into an army camp where they’re allowed to stay, at least until Sam gets into a fight with one of the soldiers. Georgia is understandably angry, but what she doesn’t know is that Sam was provoked and promised a ride into Boston by the soldier, provided that he fight him. The maddening part of this is that Sam and Georgia then have to enter the area designated as No Man’s Land, where the androids are known to hold sway. There’s not much choice, especially since Georgia is due to give birth at any time. When they find an abandoned home they stay just long enough for Sam to fix up an old dirt bike, as he’s still intent on reaching Boston. But along the way, they’re noticed and chased by several androids, who are aided by a pair of drones that makes it impossible for the two of them to escape. Sam attempts to lead them away, leaving Georgia on her own with the promise that he’ll return. Instead, he’s captured, and Georgia is aided by another man that finds her in the woods. When Georgia remains adamant that she’s going to save Sam, the man helps her as much as he can, and even helps her and Sam make their getaway.

When Georgia wakes up in a hospital, after giving birth, she speaks to an army officer, only to learn that the technology the man in the woods offered doesn’t exist and that he is an android that earned her trust and infiltrated the army base. As alarms start going off, Georgia hears screaming in the distance and has to make her way through the base as androids continue to kill every human they come across. Leaving Sam behind, as his lower legs have been amputated after they were broken in several ways during his captivity, Georgia takes her baby and seeks out the EMP that can shut down every android within the base. After a hard struggle, and after killing the man that tricked her into believing he would help. After activating the EMP, Georgia and Sam make their way from the base to the docks where they’re expecting to be taken to Asia along with their son, Forest. What they find is anything but what they were expecting, as those waiting at the docks inform Georgia and Sam that they’re no longer taking entire families, only children.

The agony of this moment is easy to see on the faces of the parents as images of what life might have been like flash through Georgia’s mind as she fills out a form before handing over her baby. The pain that this brings her and Sam is palpable at that moment as to give their child a brighter future, they have to let him go. Later, as the movie is closing to an end, Georgia is seen burning the picture she has of Sam, but keeping the picture of her former family, implying that Sam has passed away. After being picked up and accepted by a roving band of soldiers headed for Portland, she joins up, creating another way forward as the credits begin to roll.