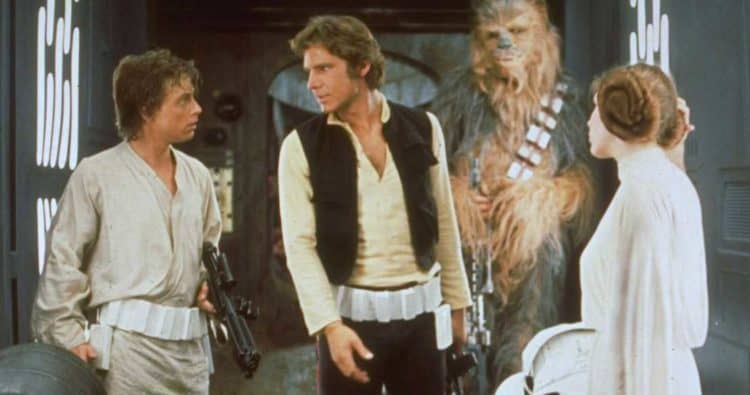 There are a lot of logical fallacies in Star Wars and pointing them all out from various perspectives would take forever so I’m just going to point out a few of them. As a Star Wars fan it’s easy to laugh a lot of them off and agree that yes, there is a breakdown in the logic circuits when looking at this movie. But the story itself is still a lot of fun and if one doesn’t become too bogged down in the details and minutiae that is continually brought up by every fan with an opinion then it’s still possible to enjoy the movies in some sense. But again, there are those moments that might make it possible for a person to cross their eyes and say ‘what did I just see?’ since the logic behind certain actions and scenes doesn’t make a whole lot of sense. With that being said, Star Wars is a story told in grand strokes with a great deal of detail added in that people choose to see or ignore as they will based on their interest in the story. If a person wants to nitpick then so be it, otherwise it’s up to them to decide if they want to care about the fallacies or just let them pass on by.

Here are a few things that are hard to believe when it comes to Star Wars.

5. The Empire being finished after the battle of Endor.

Once the Death Star is destroyed the Rebels are seen celebrating while Luke is off burning his father’s body to help him become one with the Force. What in the world happened to the rest of the Imperial navy? Did they just bug out and take all their capital ships somewhere else? The EU would explain this a lot better since the Imperial Remnant was still a big part of the story, but in the movies, it would appear that the Empire was simply over, kaput, done, a fading shadow of what it had once been after one massive campaign went wrong. This is what happens when the chain of command isn’t as solid as one thinks it is.

Stormtroopers are depicted as expendable in the books, comics, and in the movies obviously, but armor is supposed to offer some protection and in Return of the Jedi it appears to be impervious to air and little else. Ewoks, as much as people like them, are big balls of fluff that don’t have the dexterity or the strength to pull their bows back far enough to gain the type of velocity needed for their arrows to penetrate stormtrooper armor. If that’s the case in the story though then it’s another example of pure fiction beating out common sense. A log? Sure. A heavy rock? Okay. But a spear or an arrow? Not a chance.

This is one scene that Lucas somehow got away with since it appeared dire enough that people might have thought the heroes were really in trouble for a second. But lo and behold, C-3PO and R2-D2 save the day by hitting the right program out of however many there were and shut down the garbage compactor. In the meanwhile, the dianoga, the trash-eating creature that snagged Luke, likely had an escape hatch to squirt through, while the jumble of garbage should have easily crushed, pierced, or otherwise harmed the four heroes in some way before it was finally shut off. Did no one else happen to notice how much junk was in that compactor?

2. Stormtroopers can miss that frequently.

So yes, one trooper, a couple of troopers, even a small contingent can possibly miss a moving target even though they’re trained to be the best and to belong to an elite guard, but when facing a wall of stormtroopers or a large enough group, there’s no way to dodge that many shots. The training that the troopers go through in the books and the comics obviously means nothing in the movie since they’re simply horrible shots. But a wall of concentrated blaster fire should be able to take down pretty much anyone, and it shouldn’t be an impossible task considering how troopers are trained.

1. There was no plan B if the shield generator to the Death Star went down.

Considering the kind of think tank that had to go into creating not just one but TWO Death Stars, one might think that they would learn how to shore up certain defenses and keep the most important part of the station well-guarded. Simply restricting access to anyone but those needed to work in certain areas would have made the Rebels’ trip through the middle of the Death Star that much quicker since they wouldn’t have found it as easy to hit the main reactor core. That’s just poor planning and a lot of arrogance.

Oh, there are a lot more.