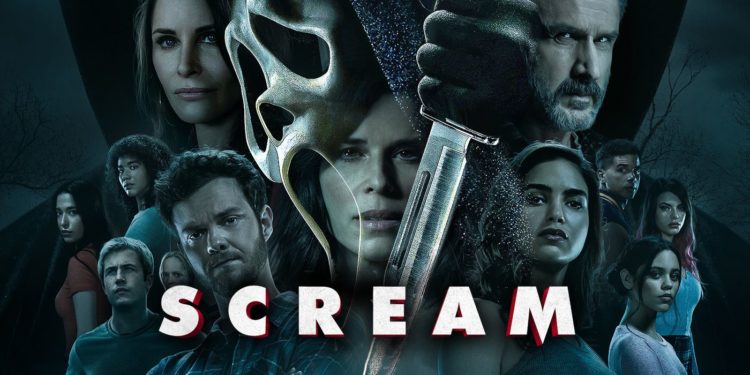 First off let’s say that technology on its own isn’t always as scary as some might think. Even though it’s unknown to a lot of people and kind of intimidating, technology isn’t meant to be frightening, it’s meant to be helpful. But sadly, a lot of folks that don’t understand the technology that continues to be rolled out are of the mind that it’s something to be wary of, and they’re not entirely wrong. Where they’re mistaken is that it’s not the technology so much as it is the individuals that are controlling it. Remember when Scream first came out? It was designed to keep people in the dark and keep them guessing who the killer was, and for the most part, the first and second movies made this part a lot harder to figure out. The killers exhibited an air of menace that was still dulled down just a bit by the idea that maybe, just maybe, the most obvious suspects weren’t the killers. But of course, that’s what Wes Craven was going for since setting up Billy and Stu in the first movie was a great way to kick off the franchise.

A lot of those that have watched the Scream franchise from start to present is at least somewhat divided when it comes to thinking whether or not the franchise should have ended sooner or if it should keep going. But there is one thing to point out that’s kind of interesting since the use of technology in the Scream franchise has hit a point where it’s finally made things a lot creepier given that cloned cell phones is one of the more interesting ideas that can be used, while automatic locking systems that can be operated by an app are another part of the movie that makes things feel a little too realistic for anyone’s liking.

Back when Scream first started, a lot of the technology that we have now wasn’t available, as even cell phones were far simpler than they are now. But over time technological advancements have improved, and as a result, so have the methods of those that decide they want to continue the story. When it comes to the overall tale of Scream it still feels like the tale has been played out and that it’s trying to revive itself to keep things moving forward. But there’s a problem, it keeps tripping over the idea of whether it’s going to eventually shed every legacy character, or if it’s going to keep coming back to the fact that Sydney Prescott will continue to be the last girl, and that those around her will drop off first. The loss of Dewey is another bit of lazy writing in the overall story since if those keeping Scream going really wanted to make things difficult, they’d make the heroes a bit smarter, to give the villains a little bit more of a challenge. Seriously, Dewey’s death was a bit tough to buy into since even with a handgun there’s no need to be so close to someone that might only be playing dead.

And the cloned cell phones, scary as hell to be certain, still feel as though they’re a problem that could be solved by going low-tech, possibly. It might be ridiculously simple, but seriously, Scream is increasing its terror by upping the ante with new and modern technology, but it also remains hampered by its own lackluster story. The technological advancements do help to make the movies a little more appealing and definitely raise the stakes a bit, but apart from this, they don’t help the overall story since it tends to go right back to the comfort zone that helped to make Scream what it is. Acknowledging the idea that the updated technology helps to increase the terror factor is easy though since the simple idea of imagining someone being able to lock and unlock your home via a cell phone app is more than a little disconcerting since it offers a lot less security and a whole lot more anxiety. But it does the trick when it comes to getting people scared and keeping them watching each consecutive minute, as they wait for the killer to come up with a new trick that will scare them senseless.

Whatever one says about the Scream franchise, they have done a few things right, but they’ve also stuck to the plan that Wes Craven kept, even though they’ve tried to revamp the idea in a couple of different ways that should have been painfully obvious. Despite that, it’s easy enough to give the franchise props for embracing the changes that have come over the years, the one thing it hasn’t embraced is a different path for its killers. Maybe part 6 will finally break the trend.