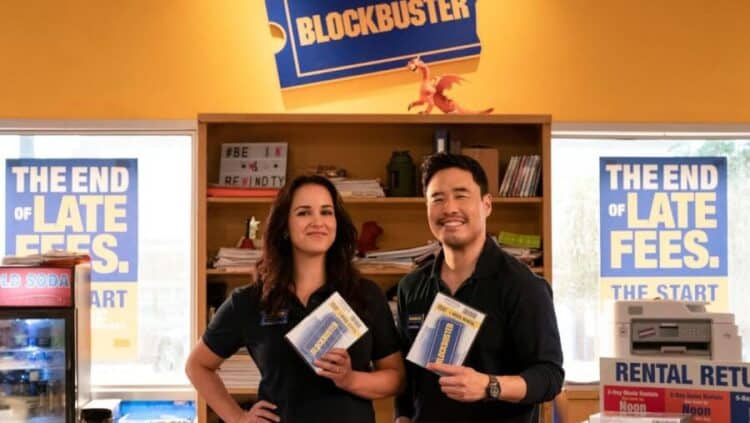 Netflix is set to drop its latest comedy offering, a workplace comedy titled Blockbuster. The show depicts the life of employees working at the last remaining Blockbuster Video store. The show is created by Vanessa Ramos, who is best known for her work on shows like Kenan, Superstore, and Brooklyn Nine-Nine. Here is Netflix’s official description of the show: “Blockbuster examines what it takes for a (now) small business to succeed against all odds. Park plays boss and movie-lover Timmy, while Fumero is Eliza, his No. 2 in command. She left Harvard after one semester to start a family, but now things are on the rocks with her high school sweetheart.” Blockbuster promises to feature veteran sitcom performers, alongside relative newcomers. If you want to learn more about the cast members of Blockbuster, read ahead. Here are the cast members of the upcoming single-camera Netflix comedy series Blockbuster.

Randall Park will be starring in Blockbuster as Timmy, a film buff and the manager of the last Blockbuster Video store. Park is best known for his roles in popular TV shows like Fresh Off the Boat, where he played the character of Eddie Huang’s father Louis Huang. For the role, Park received a nomination for the Critics’ Choice Television Award for Best Actor in a Comedy Series. Park has also appeared in a few blockbuster films, the most notable of which was as Kim Jong-un in the comedy movie The Interview. In 2019, Park starred in the Netflix romantic comedy film Always Be My Maybe. Park is set to appear in two upcoming films: Aquaman and the Lost Kingdom and Strays. Park’s more recent TV work includes a regular role in the hit MCU series WandaVision, host of Young Rock, and guest appearances in Doogie Kamealoha, M.D.

Melissa Fumero will be portraying Eliza in the upcoming comedy series Blockbuster. Fresh off of a successful run in Brooklyn Nine-Nine, where she portrayed the character of Amy Santiago, Fumero has appeared in shows like Hollywood Game Night, One Day at a Time, Match Game, and Room 104. She’s lent her voice to a few animated projects including Elena of Avalor, M.O.D.O.K, and Big City Greens. Alongside Blockbuster, Fumero is also set to appear in another sitcom, this time for NBC, titled Grand Crew. Amy Santiago continues to be Fumero’s most prominent role. In an interview with Buzzfeed, Fumero talked about what she loved the most about playing the character: “I love that she doesn’t apologize for who she is. She’s a nerd and she’s emotional, but she’s also really smart, really capable, and really good at being a cop. All the things that on other shows, or even in life, that we tend to apologize for, she’s just like, “No, this is me. I’m a dork. When I’m a dork, I’m gonna do a dork dance. Deal with it.” She’s so unapologetic about her “flaws” or things that would be perceived as weakness. I love that about Amy, and I feel like I’ve learned from her.”

Tyler Alvarez will be playing Carlos in the upcoming comedy series Blockbuster. The young actor is best known for his role as Diego Rueda in the telenovela teen sitcom Every Witch Way, a character he would play in Every Witch Way: Spellbound and Talia in the Kitchen. Alvarez has also appeared in Orange is the New Black, High School Lover, American Vandal, Fresh Off the Boat, The Fosters, Veronica Mars, Never Have I Ever, and What We Do In The Shadows. Alvarez has a flourishing film career as well, having performed in movies like The Pretenders, John Henry, and Crush. He is set to appear in two upcoming movies: Pools and Sid is Dead.

Madeleine Arthur plays Hannah in the upcoming series Blockbuster. The Canadian actress has worked in shows like The Haunting Hour: The Series, The Killing, Spooksville, The Tomorrow People, Supernatural, The Family, Legends of Tomorrow, The X-Files, The Magicians, and Snowpiercer. More recently, she appeared in Chad as Marjorie. Aside from Blockbuster, Arthur is also set to play a lead role in another Netflix series, this time a thriller, titled Devil in Ohio.

Veteran actress Olga Merediz is set to star in the upcoming comedy show Blockbuster. Merediz is best known for her role as Abuela Claudia in the Broadway musical In the Heights, a role that earned her a Tony Award nomination for Best Performance by a Featured Actress in a Musical. She also played the role in the film adaptation of the production. Her more recent film credits include The Light of the Moon, Humor Me, Godmothered, Fair Market Value, and Encanto, playing Abuela Alma Madrigal’s singing voice. She is set to appear in an upcoming movie titled Somebody I Used To Know, a romantic comedy movie directed by Dave Franco and starring Alison Brie. On TV, she’s played roles in Stuck in the Middle, Bounty Hunters, Brooklyn Nine-Nine, New Amsterdam, Elena of Avalor, Bull, and Diary of a Future President.

J.B. Smoove is set to play Percy in the upcoming series Blockbuster. Smoove is best known for his starring role in HBO’s popular TV series Curb Your Enthusiasm. He was also a former performer for Saturday Night Live. Smoove has worked on shows like The Last O.G., Mapleworth Murders, Woke, Crank Yankers, Fairfax, and Teen Titans Go! On film, he’s worked in Spider-Man: Far From Home and Spider-Man: No Way Home, as well as The Polka King, Uncle Drew, The Jesus Rolls, and On The Count of Three.

Kamaia Fairburn will be playing Kayla in Blockbuster. Her IMDb profile describes her work as follows: “Kamaia is most known for the lead role as Julia in Sinking Ship/Hulu’s brand new series, Endlings. She is also known for playing the role of Piper Parish on Hulu’s popular TV series, Holly Hobbie as well as her co-starring role as Diamond Brooks on Nickelodeon’s, Star Falls. She is currently in production filming season 2 of Endlings in Ontario, Canada. Her work also includes, Aaliyah Princess of RnB (Lifetime) and Odd Squad (TVO). Kamaia has trained at AAS as well as with the renowned Lewis Baumander at LB Acting Studios.”