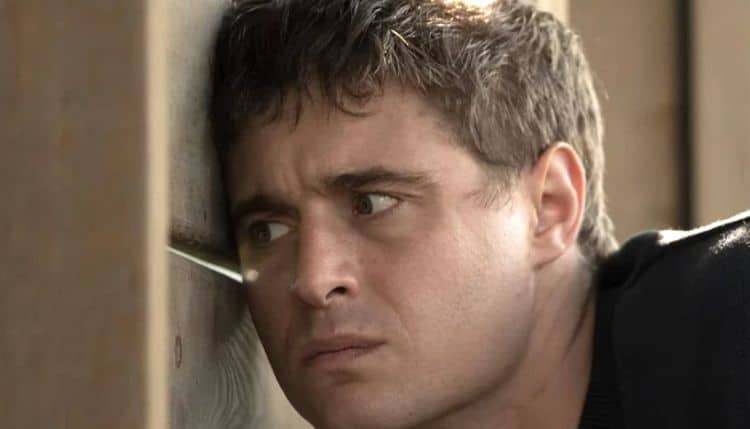 With his combination of good looks and acting talent, it’s no surprise that Max Irons has become a star. Since making his first on-screen appearance in 2004, he has consistently worked his way to bigger and better opportunities. At this point in his career, he can now say that he’s been a part of several successful projects. Many people will recognize him most from shows like Condor and The White Queen. No matter what he’s working on or what his role is, Max can always be trusted to put on an amazing performance. His fans will be excited to know that he will be in the upcoming mini-series Flowers in the Attic: The Origin which is set to premiere in 2022. Keep reading to learn 10 things you didn’t know about Max Irons.

When Max decided that he wanted to get into acting, it probably didn’t come as a surprise to anyone. Acting is essentially in his bloodline. Both of his parents have had successful acting careers and both of his maternal grandparents were also successful actors. Max also has two aunts who act.

Acting is Max’s main form of creative expression, but it certainly isn’t his only one. He has been playing the guitar for years and it’s something he really enjoys. That said, music is just a hobby for him and there’s nothing to suggest that he’s ever wanted to pursue it professionally.

Even though acting is something that probably came naturally to Max, he still decided to spend some time really working on his craft. He studied at the Guildhall School of Music and Drama and graduated in 2008. The school has a long history of producing talented actors. Some of the most notable alum include Daniel Craig and Orlando Bloom.

4. He Is Not Into Social Media

There are countless people all over the world who would love to follow Max on social media, but unfortunately for them, they won’t be able to. While talking to Interview Magazine, Max said, “…it’s odd to me how much Twitter and Instagram have become integrated with the business of being an actor. I used to be on Facebook, and all it did was make me stressed. I felt the need to advertise my likes falsely.”

In addition to finding lots of success as an actor, Max has also done some work in the modeling industry. He has gotten the chance to work with some of the biggest brands in fashion including Burberry. Over the last several years, though, it appears that he has shifted his focus entirely to acting.

Max was born and raised in England and he really loves where he’s from. Still, Greece is a place that will always have an extra special place in his heart. Max has been quoted saying, “my favorite thing to do is travel anywhere in Greece. I love everything about that place.”

As you can probably tell by the fact that he isn’t on social media, Max is a pretty private person. He rarely discusses anything about his personal life, but one thing we do know is that he has been married to Sophie Pera since the fall of 2019. From what we can tell, they do not have any children.

8. He Thinks Cancel Culture Is A Problem

The term “cancel culture” has been become popular over the last couple of years. It describes what happens when people in the spotlight fall out of favor with the public over controversial statements or actions. According to The Independent, Max said, “Cancel culture is a problem because if you’re terrified of voicing your intentions or contentions you won’t make any progress.

Huge parties are one of the things the entertainment industry is known for, but that isn’t really Max’s style. He told Interview Magazine that he doesn’t like parties and prefers to be a bit more low-key. He also doesn’t enjoy the overall idea of networking which is something else that is a major part of the entertainment business.

Even though he is a celebrity who is known to people all over the world, Max is still a pretty simple guy. When he isn’t working, reading is one of his favorite things to do. We weren’t able to find any information on the kinds of books he enjoys. Additionally, he also likes spending time outdoors.