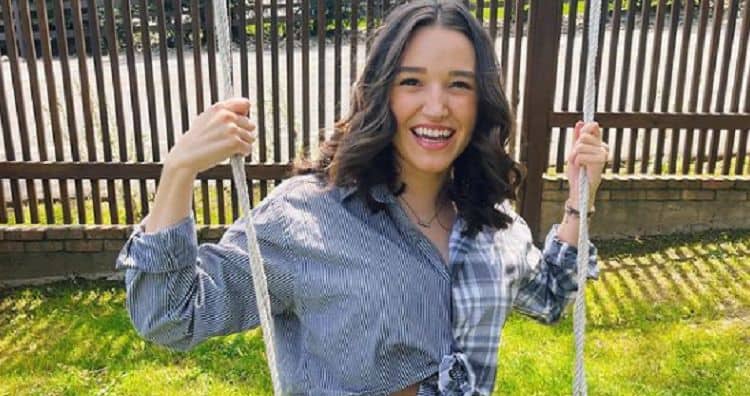 Marisa Davila strikes us as the type who has always known she’d hit it big in Hollywood, and it seems she was not wrong. The young actress has not only made it her mission to grow up and become an actress, she’s already landed roles working on projects for major streaming services such as Netflix and now she is taking part in a Paramount+ project, and it’s been a game-changer for her. She’s busy, but she’s killing it. Here’s what we know.

1. She is from Tennessee

She grew up in one of those cities that is so full of talent and opportunity that so many people make the move to see what they can do with their own lives. She grew up in Nashville, Tennessee, and she is thankful for the opportunity to live there. While she wasn’t looking to become a famous country music star, she did want to act, and that wasn’t always easy for her there.

2. Talent is a Family Trait

Talent in the arts is something that runs rampant in her family. Her mother and father are both musicians, and that is why they lived in Nashville when she was a child. She was very much part of the music world in Nashville. We imagine she learned a lot about the business and what it is like to grow up in the spotlight and around a certain type of talented artist.

3. She Has Always Been Involved in Theater

Growing up in Nashville was fun for her, but not always easy in terms of acting. When you’re in that part of the south, everything takes almost a backseat to country music. She wanted to act and take part in the theater. It was not impossible for her to do that, but it also wasn’t possible for her to get the same kind of experience there that she gets elsewhere.

4. She Starred in a Netflix Series

Something she is so excited about is the fact that she was able to take a role as an actress in a Netflix series. This is a huge deal for anyone, and it is something she is proud of. She was part of the cast of “I am not okay with this,” and it’s been huge for her. She was Mercedes Callahan in the project.

5. She is a Voice Over Artist

She was only six when she began her career. She was asked to do a few voiceovers for a few projects, and those projects went really well for her. She was excited to take part in them, and she was excited to have a chance to do that. It’s a job that has stuck with her for many years.

When 2014 rolled around, she knew she had to get out of Nashville or she’d never make it big in the acting business. She went straight to LA, and it turns out it was one of the best things she could ever do for herself. She was able to make it big as an actress, and she’s been working on making her dreams come true since.

7. She is Many Things

She is not the type you want to put into a box and try to make her fit the mold. We know she is an actress and that she’s had a long career as a voice-over artist. However, did you also know she’s a talented dancer, and singer, and she writes songs? She can do it all.

8. She is Taking on a New Role

Now that she’s working on a few other things, she’s finally able to announce that she was cast in a Paramount+ project working alongside some very cool new stars. She’s going to be part of the Grease: Rise of the Pink Ladies prequel in which she will play the role of Jane.

One thing is certain about this young actress, and that is that she is really private. It might be a trick she learned growing up in the spotlight alongside her parents, but she’s made it work for her. She can talk to the press and share things online without the world knowing every single thing about her, and that is a huge deal. She’s excited about that.

10. She is Living in a Different Country Now

Did we mention that she is living in a new country these days? She announced on her own Instagram page in April of 2022 that she’s moved to Canada. We think she might have moved for work, but that seems to be an obvious guess.