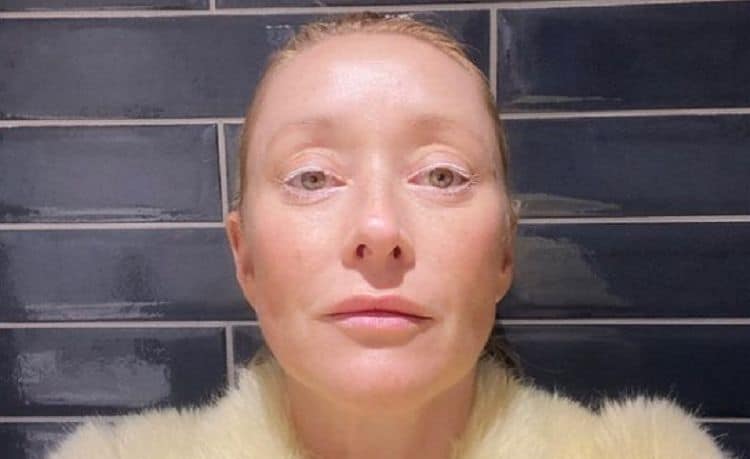 When Maria Erwolter was growing up, she knew that she was special. She has such classic beauty that can be used to turn her into a gorgeous supermodel or into a horror-film terror, and she knows it. This is something the actress not only recognizes but also appreciates about herself. She’s working on a new Netflix series that is about to blow up, and we thought we should get to know her better before she’s too famous for us.

She doesn’t look like it, and that is something we say with absolute certainty. For someone who is currently 46 years of age, she is not aging a day in our eyes. Her date of birth is December 22, 1976, which makes her almost a Christmas baby. We wonder if her birthday was eclipsed by the holiday as a child.

2. She is From Denmark

She was born and raised in a beautiful city called Copenhagen in Denmark. Anyone who has ever traveled to the area knows it is something so beautiful, and she is a woman who knows how fortunate she was to grow up there. It is a major tourist destination.

3. She is Good at Everything

What we do know about this lovely actress is that she is good in any role. She can work on a horror film or work as a comedian, and she can do things that bring her so much change from what she did prior that most would assume she cannot. She has yet to take on a role in anything – and they are always so different – that she has not made wonderful. She’s a rare talent.

4. She is on Netflix

She’s a Netflix star. She was part of “The Ritual,” which is a horror movie in the British Genre. It was created by Netflix, and she took it on with vigor and talent. She’s good at what she does, and it really does show. She has made this role her own, and it is one that most people remember her taking on.

5. She is Working with an Agency

She’s been in the business for many years, but she finally decided to head out and work with a talent agency back in 2018. It was a big, bold move for her, and it is one that she appreciates. She’s signed with the Panorama agency, and she credits that for immediately turning her career around and allowing her to book some of her biggest roles.

6. She’s in a New Netflix Series

She’s already done a Netflix movie, and now she is working on another. This next project is one that people all over the world are looking forward to, and it’s going to be huge. It’s called 1899, and we have a feeling that fans are just sitting back waiting to watch and see the kind of talent that was booked for this how.

One thing that she seems to practice on a regular basis is gratitude. She makes several comments in her own Instagram captions about being grateful. Whether she is grateful for what is going on in her personal life or her work life, she is just happy to live her life, and she likes to remind others to do the same.

8. She Believes in Love

She’s a woman who believes in love, and we don’t mean just the kind of falling in love you do with people. She loves everything. The world, travel, the life she is living, her ability to do what she does, and so much more. There is just to time for anything else but to love your life.

Traveling appears to be a favorite pastime of hers, and we agree. She’s shared many beautiful photos of herself in many beautiful locations, and this brings us such joy. She loves to see the world, learn new things, and she is a fan of experiencing new cultures and new ways of life. There is nothing she doesn’t seem to do well, including finding the most beautiful travel locations in the world.

She is active online. She has social media accounts. She shares photos. She shares snippets of her everyday life, but she never shares too much. We don’t know anything about her personal life. If she is married or dating anyone, we have no idea. She tries hard to keep the most important things in her life close, and that is a great concept when you live in the public eye.