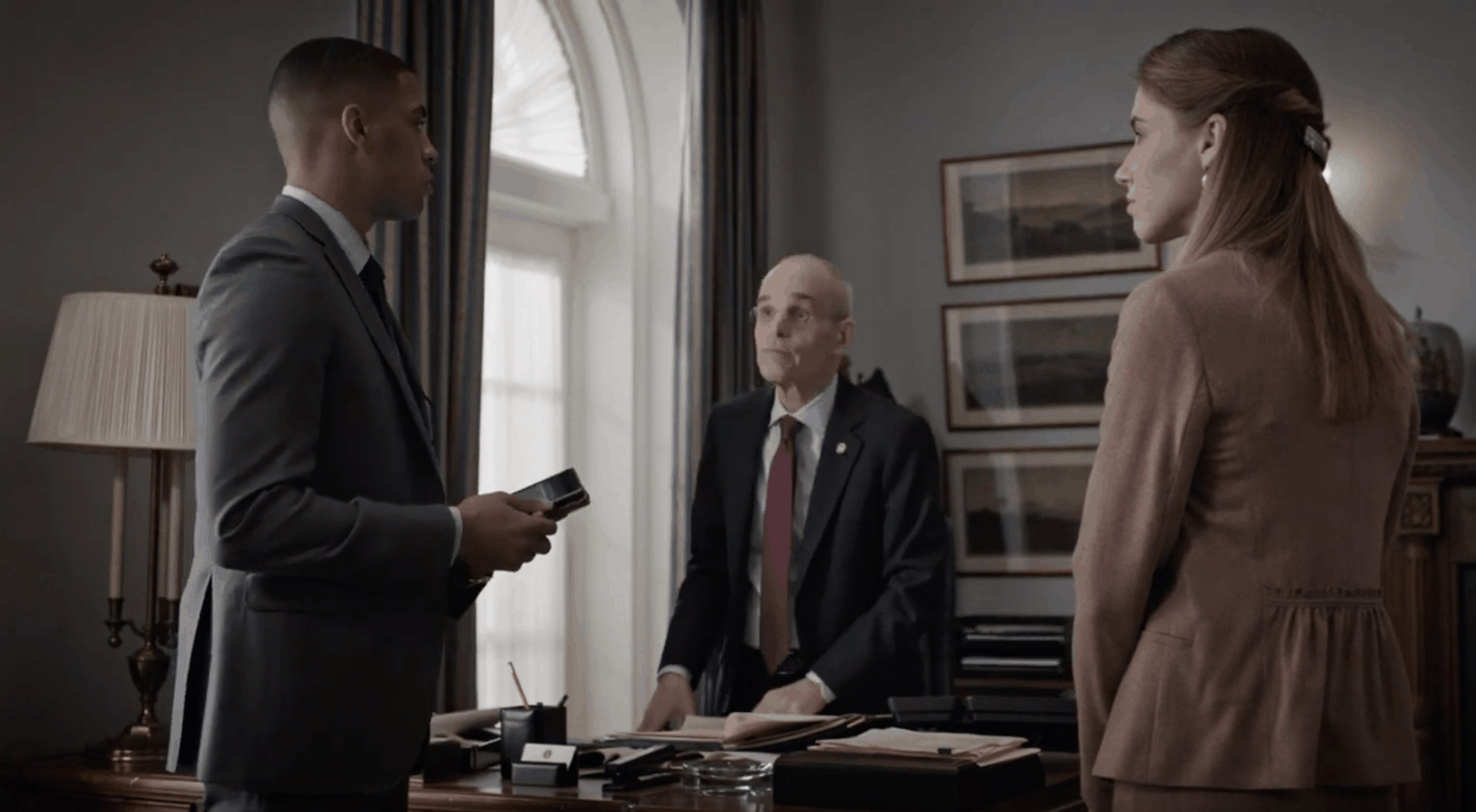 We have all done things in the past that we’re not particularly proud of. That we are afraid to make the same mistakes as we did then. In this week’s episode of Madam Secretary, President Dalton must come to terms with his own past to help Elizabeth free fourteen American missionaries in Nicaragua. That, and stop a civil war from breaking out amidst the chaos and protests that erupted.

The process to ensure that the aforementioned civil war doesn’t break out is, obviously a tedious one. Options were presented but then thrown into the metaphorical trash can when it didn’t work out the way that it was intended. I understand that Sandino Jr. has gone through a lot. He saw his own mother die in front of him when the presidential residence blew up thirty-five years ago. I can only imagine the emotional scars that the tragedy left behind as he grew up.

Granted, it doesn’t give him the right to become a president who’s bordering on turning into a dictator, but in his state of mind, he wants to avenge his mother’s death no matter what the cost. At least his father, Sandino Sr. (guest star Raymond Cruz from The Closer and Major Crimes), was able to step in and stood by his people against the violence that his son unleashed.

Meanwhile, Stevie becomes Russell’s social media director. After the whole yelling at a homeless woman fiasco, some damage control is necessary. Though I think it was wrong of Stevie to share with the world that Russell likes pandas. She should have run it past the man himself first. It’s a secret that not a lot of people know about except for Adele. On the other hand, Pandagate wasn’t as bad as it seemed. Congress passes the children’s health care bill, aptly named the PANDA Act. In your face, Senator Carlos Morejon! Also, who would deny sick children battling diseases proper health care? I shake my head at them.

Circling back to the Nicaragua crisis, it was interesting to see President Dalton attempt to resolve the issue back then as CIA Director as well as now as President of the United States. The first time didn’t quite work out and cost the lives of thousands of Nicaraguans. The second time, however, was a success. Dalton shares his sympathies for what happened thirty-five years ago and his own disappointment, for lack of a better word, that both their children ended up heading down destructive paths. I for one, am glad that this did not evolve into an all-out bloodbath.

Alright, let’s get to the side plots, shall we? The first one with Henry helping his niece Sarah prepare for deployment to Iraq was a tad off track. I know that it kind of relates to the issues that the missionaries and protestors are facing, but it doesn’t quite connect to the big picture. It’s not like Sarah is going to be heading to Nicaragua to help care for those who need medical attention. Although it’s great to see Will again. I barely recognized him without his glasses.

The second side plot was Jay and his potential State-side date with Annelies. I love how everyone at the State Department, well those that are part of Elizabeth’s staff, are shipping Jay and Annelies. I rolled my eyes at Jay for being Mr. Bottle Half Full most of the time as his friends and colleagues grilled him about his budding new relationship. Though I do understand his viewpoint, if things don’t pan out with him and Annelies then at least they still have that moment at the airport in Ireland. Then again, from the semi-steamy reunion between the two at the cafÃ©, maybe things will pan out after all. Yay Jay!

Stevie, perhaps you should not use emojis when posting as Russell Jackson. I mean, you are, in a way, ghostwriting those tweets for him so it’s best to capture his personality as well as keeping it professional and/or opinionated. You can use some emojis here and there but use them when necessary. Just saying.

William McCord, you are definitely oddly comforting. Your straight-to-the-point remarks may not sit well with some people but they do get the message across. Kudos for that!

The moment where Russell posed for a selfie with that little girl at the White House with a giant stuffed panda doll is so precious. Oh, the feels! That and seeing Chloe sitting in President Dalton’s chair at the Oval Office colouring is just too cute.