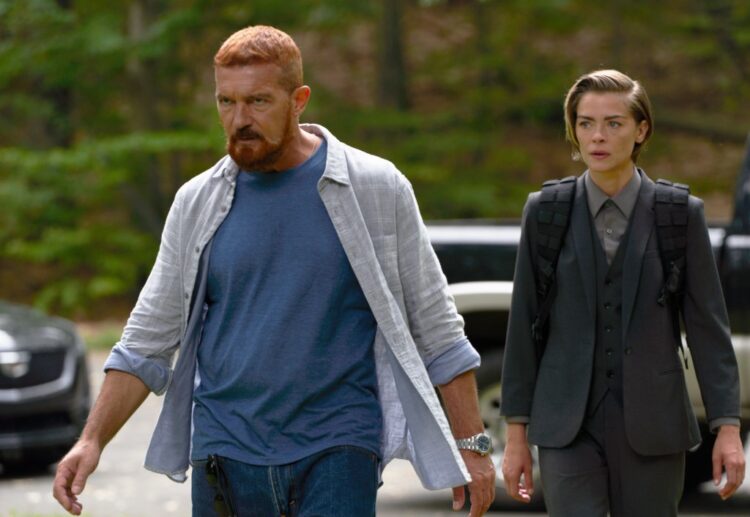 Sometimes going simple and giving a story that’s expected and easy to predict is the best since it brings people back to their comfort zone in a big way and allows them to just enjoy a good, old-fashioned action tale. It’s been a hot minute since some folks have seen Antonio Banderas in such a role, largely because he hasn’t really been a huge deal in the movies in recent years. But this is the type of movie that he’s great in, an action movie that allows him to be kind of cocky and laidback in a way that suggests that he’s far more dangerous than he appears. Along with Jaime King, who plays the titular character, this movie is set to be a two against the world type of movie that will probably contain a great deal of humor along with a few heavy-hitting action scenes and the same type of plot that people have seen over and over. As much as some might complain about the run-of-the-mill types of action movies, there is a reason for them and there is a desire to see them come out again and again. No matter how predictable these movies get, it’s still something that people tend to want.

The gist of the story appears to be easy enough to figure out since it sounds as though the main point is that King’s character is an assassin that is seeking out her mentor as he’s on the CIA’s hit list. From that point on the story looks like something that fans will recognize as a standard movie that will show us a lot of the same things that make action movies great but still keep them as a part of the large block of cinematic achievements that aren’t exactly special but are still easy to watch. There is something to be said about the average action movie since a lot of them do tend to cast at least one or two actors that people enjoy. But a lot of them go by the wayside unless they have actors that are popular enough to get people to watch.

Antonio Banderas has been seen in a wide variety of movies over the years, but as an action star, he’s been a name that a lot of people have enjoyed for a while now since his time as Zorro and his performances in many other movies have turned him into a serious star. Other movies such as Assassins and Black Butterfly have showcased a few other skills that people might not remember he possesses. His role in The Expendables 3 was kind of goofy and over the top, but it did work since he was great in the role, and working opposite Ronda  Rousey he proved that he could be funny as well as great in an action scene. Banderas has acted alongside some of the best action stars in the world and has made it clear that despite not being the biggest person in the room, he’s one of the most skilled and one of those that can prove that he has ice in his veins when the moment comes.

As for King, the trailer makes it clear that she’s going to be following in Banderas’s wake, not as a subordinate, but as someone that’s going to add to the mayhem and create an even bigger scene that will be fun to watch. The fact that her character was mentored by Banderas’s character sounds like something that’s going to spice up the movie a bit and perhaps even allow it to stand out, even though it’s not exactly the most unique plot ever created. As mentioned though, sometimes it’s best to stick with something simple and just let people gravitate toward it. Put a popular actor in the movie and it might work, put another one in there and it’s even more tempting. Create an action movie that doesn’t make people think too much and it might go even further. Add in someone like Tommy Flanagan, who’s easily a popular draw in a lot of movies, and it might be that this movie will be something worth talking about when it comes out in a few weeks.

That’s a hope of course, but at the very least there’s a good chance that the simplicity of this movie will make it into something that people will enjoy since it’s not something that they have to spend a lot of time on, and can watch without feeling as though they need to invest in it too much. Having fun with an action movie is always a great way to enjoy a couple of hours without having to wonder if something might have been missed, and this already looks like it could be a thrill ride from front to back.