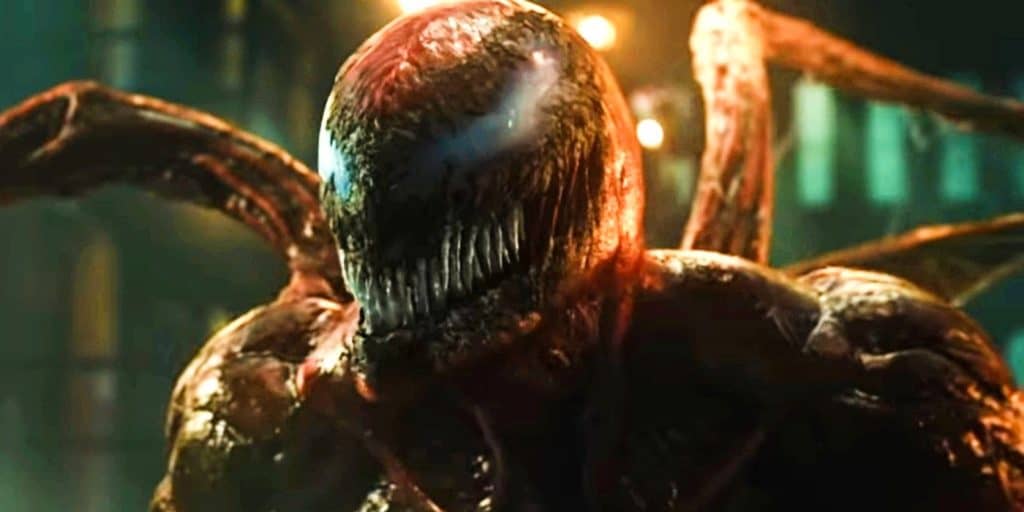 So far it would appear that Venom 2: Let There be Carnage is dividing critics and the fanbase while it’s doing well enough to be called a success in the theaters. To call it a mess is something that might be kind of accurate since much like anything that’s come from the Marvel archives it’s had to be adapted in a way that makes sense when it comes to following the first movie, but can also be seen as something new and somewhat inventive. Cletus Kasady ingesting a bit of Venom is definitely different from how Carnage came to be in the comics, since Carnage’s initial creation happened when Venom ‘birthed’ another symbiote, which of course is giving a lot of people the license to claim that Venom is part of the LGBTQ+ community, in part, while this entire story is a quasi-LGBTQ+ showcase. Okay…yeah, believe what you will if it makes you happy. But the thing about Venom and Carnage is that the symbiotes are, as many might see it, essentially sexless creatures that conform to the hosts they bond with, which would still open up a can of worms and a huge debate no doubt.

So far what the reviews are revealing is that Venom 2 was in fact worth the wait, but it was still a bit messy here and there since the story of Venom and Carnage is one that didn’t exactly play out the way that people wanted to see. But the level of action and insanity in the movie has been praised since it appears to have emulated the first movie in a way that a lot of folks have enjoyed. One has to remember that Venom drew a lot of criticism as well since a lot of people didn’t feel that this was how the character was meant to be introduced. What a lot of folks might need to be reminded of is that Venom was attached to Spider-Man to start with, and we’ve already seen what happened when Spider-Man and Venom met in Spider-Man 3. It was a disaster, just in case you forgot, especially since casting Topher Grace as Eddie Brock was one of the worst casting decisions ever made.

Tom Hardy has been a huge talent that finally stood up to get the notice he’s been due, and before his turn as Eddie Brock, he’s been turning heads with several other roles since he’s been making it clear that he is a talented individual. Woody Harrelson has been a great actor for a while now, though it’s fair to say that he’s turned in a few clunkers here and there over the years, while the rest of the cast have done their best to remain on the cutting edge when it comes to keeping their place in show business. With Venom and Carnage, it almost felt as though there was an extremely narrow margin for error since anything that slipped past that margin would be considered utterly ridiculous and not at all what fans were hoping to see. But so far it does sound as though a lot of fans are having fun with the movie, while others might be thinking that the movie has done for Carnage what the first movie did for Venom, which was to cement his place in the movies, but still, make it nearly impossible to be taken seriously.

Adding onto this, the supposed (SPOILERS!) death of the main villain makes it appear as though Sony is all for keeping up the tradition of killing off villains rather than bring them back. That’s all well and good since there is a line of reasoning behind it, but at the same time, the comics have made it clear that Carnage is notoriously difficult to kill, especially with anything less than a nuclear blast going off in front of his face, which would incinerate both Carnage and Cletus at the same time. Also, showing that Carnage and Cletus weren’t exactly on the same page is kind of odd since once again, in the comics, the two were usually well-synced and didn’t fight that often. But like anything that comes from the comics, things were bound to change in a very profound manner so as to create another point of conflict.

A lot of folks are already pointing out that Carnage might not really be dead, and that it might actually happen that Venom will ‘birth’ the red-colored symbiote once again. It’s kind of disgusting to think of, but one has to remember that Cletus and Carnage bonded on a much more fundamental level since Carnage is within Cletus’ bloodstream, meaning that they’re tied closer than Eddie and Venom. All in all the movie does sound like a successful mess, if anything, and it could lead to another confrontation down the road. We’ll just have to wait and see what happens.

Why The Birth of A Nation Bombed At The Office

Is Mordo Or Wanda The Villain In Doctor Strange 2?
Comics Lists News Things You Didn't Know Whatever Happened To