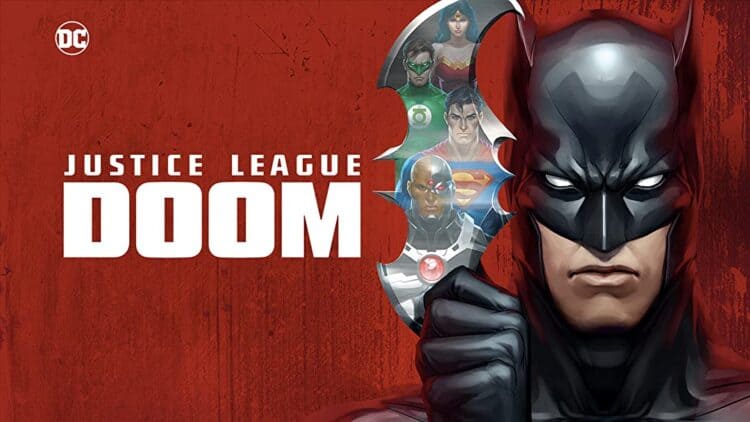 There’s no longer any doubt that Batman is paranoid there hasn’t been much doubt of this for many years, but this 2012 animated movie is kind of the proof that he would, in many cases, be the downfall of the Justice League since he can’t help but think about scenarios in which his allies would become his enemies. The contingency plans that Batman has in place are insane in some ways and practical in others since the idea he has about the JL going rogue is something that a lot of people can’t help but think would be horrifying since there wouldn’t be a lot that could be done. That is unless one was rich enough and cautious enough that they ended up coming up with a solution for every situation they could think of. The old saying of ‘keep you friends close but your enemies closer’ definitely applies here, but one has to wonder how Batman sees those that are supposed to be his friends. The trauma that led Bruce Wayne to trust virtually no one did such a number on him that his hypocrisy has stretched past just about every boundary except a few, which is why Batman is one of the best, and one of the worst when it comes to being a hero.

It feels safe to state that Batman gets a lot of credit because to be certain, he does try to save people. But at the same time, he’s a rogue element since he has access to a fortune that allows him to do just about anything and the type of training that helps him stand up to just about anyone, so long as he’s prepared. This is what sets Batman apart from many other characters, the insane amount of prep time that he puts into just about everything. With all that money and all that free time, he ends up planning every possibility he can, even then the idea that his allies, the Justice League, might one day go rogue and become the villains.

It’s tough to argue with the practicality of such an action, especially since there have been storylines in which the JL members have gone bad. But in this particular world, it becomes a huge issue when Mirror Master manages to infiltrate the Batcave and ends up copying Batman’s files, which includes his contingency plans to neutralize the JL. It turns out that Vandal Savage, the immortal enemy that has shown up many times before, has hired several villains, all of whom have a grudge against a JL member, to enact a plan that will not only wipe out the JL members but will allow him to kill off the majority of the world’s population to start over. By focusing on the weaknesses of the JL members, each villain ends up incapacitating their enemies in a way that appears to present an insurmountable obstacle that each hero can’t possibly escape. Batman is buried alive as Bruce Wayne, Martian Manhunter is set on fire, Flash has a bomb attached to his wrist that will explode if he slows down, Green Lantern is made to feel tremendous guilt and fear which causes him to give up his ring, Wonder Woman is implanted with mind-altering, microscopic machines that make her perceive everyone around her as her enemy, Cheetah, and Superman is shot with a kryptonite bullet. In other words, each hero is taken down in a way that might prove crippling if Batman doesn’t figure it out right away.

Needless to say, the League members aren’t too happy when Batman reveals what’s been done, but the bigger problem ends up pulling them together so that they can defeat the Legion of Doom that Savage has formed, as each villain falls before the missile that Savage intended to use is destroyed, and its effect is negated by the League. The obvious fallout is that Batman is asked to leave the Justice League, though he doesn’t give the others a chance to vote as he leaves. It’s enough to mention that Superman does end up giving Batman the kryptonite bullet as a sign of his trust, but it’s also tough to think that anyone would look at their allies and come up with a foolproof plan to take them all down.

The League agrees that the breach of trust can’t just be swept under the rug, but again, it’s tough to think of how this would work, since despite being invaluable to the Justice League, Batman is undoubtedly one of their most dangerous liabilities as well. His efficiency as a hero is undercut by his inability to completely trust those he works with. The argument could be made that it’s wise to know everything about a person, no matter if they’re friends or not, but having a contingency plan for everything does make a person look a bit suspect.