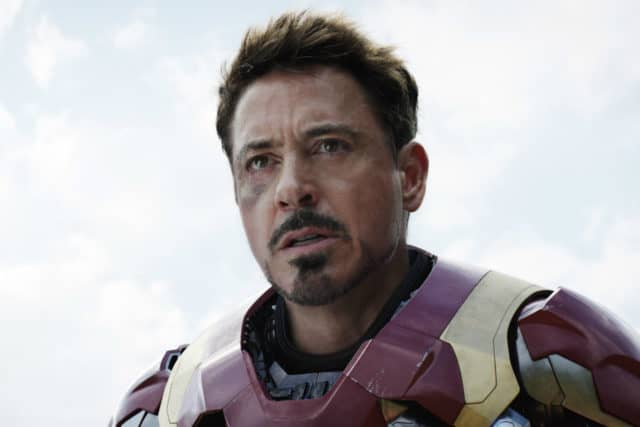 For a long time now Tony Stark has been one of the coolest and most influential people in the MCU and throughout the history of Marvel he’s definitely been one of the smartest and most cunning. But unlike Reed Richards or Peter Parker or several other intelligent men he doesn’t have a lot of humility, at least not when he really needs it. Tony is the kind of guy that’s a genius and knows it without reservation and will flaunt it to the extreme. That could be why Iron Man is one of the coolest but most impetuous heroes to ever grace the big screen, but also one of those that is worth listening to. Throughout the movies he’s gained at least a small amount of humility and has come to realize what it means to bear the responsibility that comes with being a hero. He’s still not perfect, but he’s definitely grown just a little wiser throughout his time on the big screen.

Here are just a few quotes that are at least somewhat inspiring.

10. Well, performance issues, it’s not uncommon. One out of five…

This quote on its own doesn’t really inspire much, but when you think that he was talking to a being that is in fact a god in his own right you get the feeling that as much as he should be afraid, Tony has something up his sleeve that gives him that extra bit of confidence that he needs in order to be able to keep talking trash and assure Loki that he’s not going to come out on top.

9. Sometimes you’ve got to run before you can walk.

This seems to be Tony’s overriding motto since he’s been able to do things that people his age have no idea how to do for so long. He was simply born with a superior intellect but no filter between his brain and his mouth. Plus, his impulse control is simply horrible sometimes, making it necessary for him to adapt so quickly since he doesn’t tend to go slow with anything.

How many superheroes have ever just owned up to who they are and what they can do? Tony doesn’t run or hide behind the suit after the first movie, he’s fully invested in what it will take to be Iron Man and help however many people he can.

In many cases this would be a massive trump card for any team and in the MCU it’s still one of those statements that might send a quiver of fear into many opponents since the Hulk is one of those heroes that won’t stop until his opponent is pulverized. That makes him a rather good asset to have on one’s team.

6. If we can’t accept limitations then we’re no better than the bad guys.

It’s hard to fully agree with this one since the bad guys are the ones that will continually cross the lines and make it known that they’re willing to do anything and everything to get what they want. On the other hand, being the hero that will eventually cross the line and do what it takes to get the job done tends to be frowned upon by those that look up to them.

5. That’s how dad did it, that’s how America does it…and it’s worked pretty well so far.

Why rock the boat and change a sure thing? Not everything that we do as a nation needs to be changed, as some of it has worked for quite a while and can still work in the same way so long as people don’t try to alter it so much.

4. I prefer the weapon you only have to fire once.

If only it were this easy. The weapon that only has to be fired once is perhaps the most dangerous simply because it tends to have the biggest effect on the enemy. But in the eyes of some it means that it wipes out the enemy, leaving space for other enemies to crop up.

3. If you’re nothing without this suit then you shouldn’t have it.

His words to Peter Parker are telling since Peter is already a superhero in many ways, but if he can’t find the inner hero in himself then he doesn’t deserve to have the added abilities that the suit would give him. In other words, if you can’t believe in yourself then you don’t deserve the power you already have.

2. Let’s face it, this is not the worst thing you’ve caught me doing.

It’s nice to know at times that the bar is still low enough that it’s easy to rise above it.

1. Peace means having a bigger stick than the other guy.

This makes a lot of sense if you really look at it, unless the guy holding the bigger stick is a thug.

Tony Stark has said a lot in his time in the Marvel universe, but at least some of what he’s said is worth listening to.