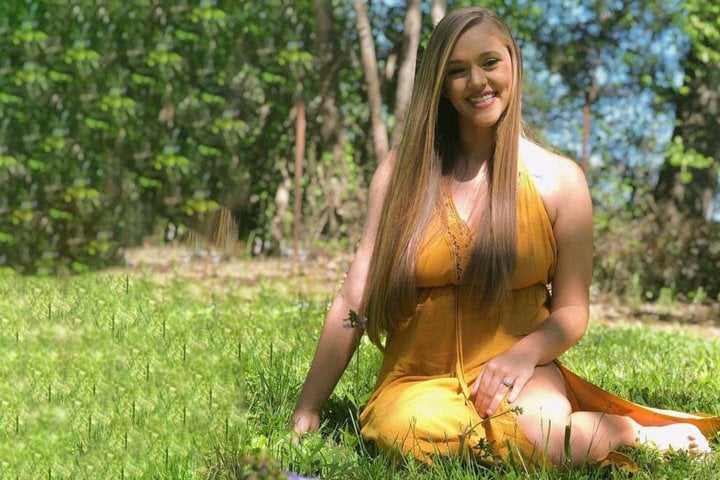 Being an internet celebrity might be fun for some, but it can also be a nightmare. One TikTok star from Georgia was recently arrested after she shared a video on her own social media platforms because the video showed her breasts to underage kids. What she probably thought was a harmless video is now something that will follow her for the rest of her life, and she is horrified that this is what she is currently dealing with. Kylie Strickland is not living her best life at the moment, and here is what we know.

She’s a TikTok celebrity. She is not the biggest one in the world, but she does have a respectable 200k followers. She seems to keep her life interesting enough for people to want to see her out and about, and they do follow along.

At the moment, she’s in her 30s. We know that she is 30, but we don’t know when she turned 30. She is still young, however, and she is using her platform to gain more followers and see where she might go with the platform. She’s not into the millions yet, but she might get there.

She was recently at a pool with strangers when she allegedly lifted her bathing suit top to expose her breasts to two young men. She was arrested for this, and she is being charged with being inappropriate and child exploitation.

4. She is Not Responsible for Other People’s Kids

One thing she is very clear about when she defends her life online is that she is not the person who is responsible for how other people raise their kids. She is not in charge of how other adults choose to raise their own children, and she made it very clear she is certain the young men to whom she exposed her breasts have seen more than she has in her life.

5. We Don’t Know About Her Career

One thing we don’t know much about is her job outside of this. She’s not the kind of person who shares what she has going on in her own personal life, so it’s unclear to us if she is someone who works outside the home or if she is someone who simply works from her home on her internet platform.

She’s made her Instagram account a private one. She has more than 62k followers on that platform, but only those who follow along with her stories and her photos get to see what she is up to. She’s keeping things private, and she is doing that for herself. Her account is followable, though. If you want to follow along, you need only hit the follow button to see what is going on in her life.

7. She is from Georgia

We don’t know where she lives in Georgia, but we do know she’s near Lagrange. We think this is true because she leaves a post office box address in her Instagram profile for anyone to see. Perhaps this is her way of getting people to send her gifts and promotional boxes without sharing her physical address with the world.

8. She’s Working to Get Out of Trouble

Right now, she’s just working hard to keep herself out of trouble. She’s been arrested and charged, and she’s been in a Georgia County Jail since a warrant for her arrest was issued. She’s miserable, and she is looking to fight this so that she can get back to her normal life.

9. She’s Not Someone we Know Much About

She’s an interesting character, and we aren’t sure she really thought about what she was doing when she did it. She seems to have done this on the fly, and she didn’t think much of it before putting it on the internet. However, she did post it, she did share it, and she likely would not have done so if she was aware just how serious it was.