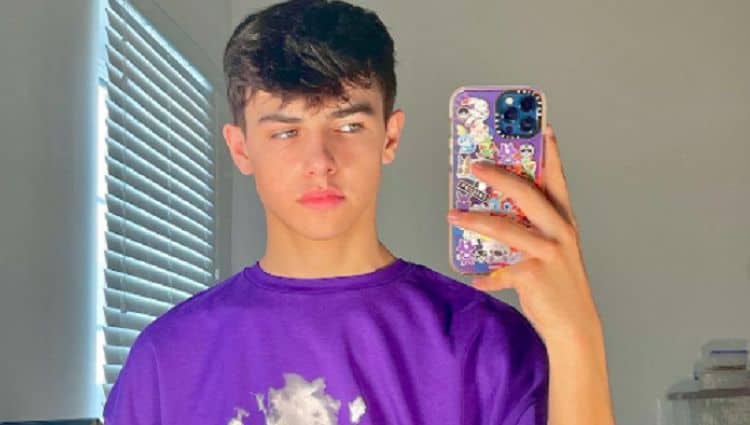 If you’re familiar with the name Kyle Thomas, you are either talking about the famous young TikTok star or the screenwriter. We are talking about the young TikTok star today. He’s a kid who found fame online, much like many of the other kids his age who are TikTok famous. He posts videos of himself online singing along to famous songs, and people love it. They follow him in droves, and he’s become something of a celebrity in his own right. If you’re unfamiliar with him, here’s everything you never knew you needed to know about this kid from the other side of the world.

Kyle Thomas is still a teenager. He was born on September 19, 2004. He will celebrate his 17th birthday in 2021. He’s been on social media for a few years, and he began when he was just a young teen. He’s still providing content despite his age, but he does have to go through his parents for many of the things that he’s doing with his career.

Kyle Thomas is a kid from England. He was born and raised in a place called Kent, England. Many of his fans are from the United Kingdom, but he has seen his successful venture to other countries. The thing about the internet is that anyone can watch him from anywhere he goes, and that means he has a reach that is worldwide.

As a child, he had his athletic interests. Most kids do, and he was not unlike many other kids across the world his own age. He took karate classes when he was young. We don’t know what belt he achieved, though, or how long he took the course.

4. He Has an Interesting Pet

Most kids have a pet. A dog or a cat, maybe a bird or a hamster; pets are a dime a dozen, and many kids grow up with one around the house. Some kids have a pet fish or a snake. Some have iguanas. There are so many different things you can have as a pet at home, and Kyle Thomas has his own pet. He has a meerkat. They’re not exactly the most common house pet, but this is what he chose.

5. He Hasn’t Always Lived in England

He was born in England, but he did not always live there. There was a point in his childhood when he and his mother lived in a completely different country. They moved from England to Belfast. If you are unfamiliar with this famous city, it’s located in Northern Ireland. It’s one of the most beautiful countries in the world.

6. He Has Millions of Followers

Across his various social media channels, this is a young kid with a lot of followers. At the age of 16, he has 1.3 million people following him on just Instagram, which is not easy to achieve. He’s an influencer who could charge companies and clients a premium to feature their content or post a sponsored ad.

Most of his online photos are of himself, taken by himself. It sounds like he’s good with his low overhead, and that’s something we find rather impressive. He doesn’t need to hire a photographer to take his photos or get fans to follow him online, and that’s just his own success being featured.

There are so many things that a kid this age enjoys doing, and Kyle Thomas is no different. He loves to travel, and he’s looking forward to the day that he is able to go see the world again. He enjoys places like London and Thailand, but we imagine he has a long bucket list of places he’d like to visit.

The world does not know much about Kyle Thomas’ personal life, but we have a feeling that has to do with the fact that his own family keeps that quiet. He’s a kid, and his family probably goes through and makes sure that anything he is posting allows them to maintain their own privacy. It’s not easy to find out much about him as a result. However, he is sharing what the world wants to see, and no one seems to mind missing out on a few of the more personal details of his life.

He’s only 16, so this is not a shocking statement. However, there are plenty of kids his age who are dating other kids their own age, so it wouldn’t be weird for him to have a girlfriend. He doesn’t seem to, though.