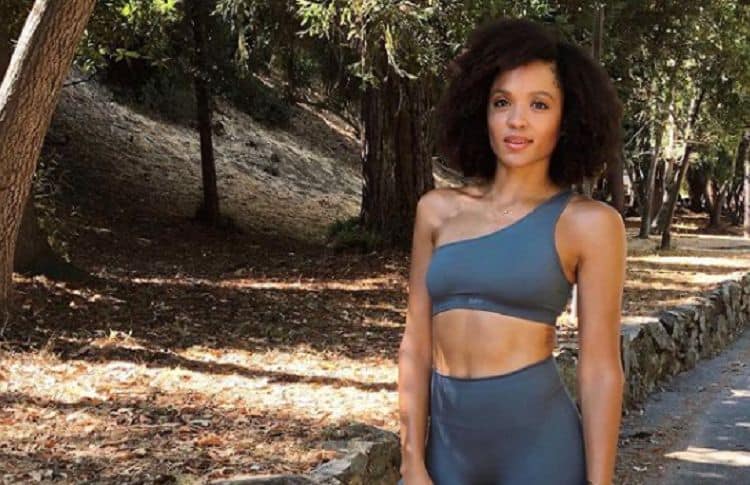 Sal Stowers is a name you know not only because she is an actress, but also because she is a model. She’s been in the business for a long time, but many people forget where the young beauty got her start. She is someone who has made the most of what gifts she has, and she’s brought them to the attention of enough people that she’s been able to make her dreams come true. If you are curious to learn more about the girl from daytime television, now is your chance.

Sal Stowers might not look like a woman in her mid-30s, but she is one. She was born on January 20, 1986. She is aging with exceptional grace, and the world wants to know what she’s doing to maintain her youth as she gets older.

She lives in California now, and she’s lived there her entire life. She spent her childhood being raised in Pasadena, which is not too far from LA. She is currently in the LA area for work, and that’s where she’s been for several years now. It’s where the jobs are located.

3. She Got Her Start on Reality Television

When she got her big start in the world of modeling and acting, it was on a hit television show in the reality genre. She was one of the contestants on season nine of Tyra Banks’ “America’s Next Top Model,” and she got to take home the grand prize.

4. She Was Raised by Her Grandmother

Growing up, it was just her and her grandmother. Stowers does not talk much about her family, and few people are aware of what happened to her birth parents or why her grandmother was her primary caregiver growing up. Either way, though, she was able to chase her dreams, live a good life, and she was able to find the encouragement and support she needed to make her big dreams come true.

When she was old enough, she moved to LA with a dream. She left Pasadena behind, she got a job as a receptionist, and she did all she could to find a way to make a living. She worked when she had to, and she was at auditions and making time to focus on acting and modeling in her free time.

Upon winning ANTM, she did get to move on with her modeling career to take on a few big roles. She got to become a Cover Girl model, she got to become a Seventeen Magazine cover, and those are just a few of the biggest things she got to do as a model. Every young girl who dreams of becoming a model dreams of being on the cover of a magazine.

7. She Worked as an Extra

For the past few years, she’s been making a good living working on daytime television. She is one of the main characters on a daytime soap you might know. “Days of Our Lives,” anyone? She plays a detective by the name of Lani, and she has been killing her role on the show for years now.

Sal Stowers is good about keeping her private life to herself. She knows that after being in the business for more than 15 years, she has to keep a few things for her. She cannot share every single thing with the entire world, or she will never find peace in her private life.

10. She Has a Relationship with Tyra Banks

The only dark cloud that has covered her entire career thus far is the fact that some people assume she only won the ANTM title because she already knows Tyra Banks and had worked with her in the past. She was an extra on her show, she was part of her T-Zone camp, and she was part of a few other projects Banks’ worked on. That has led critics to believe this is why she won the show and the top prize.