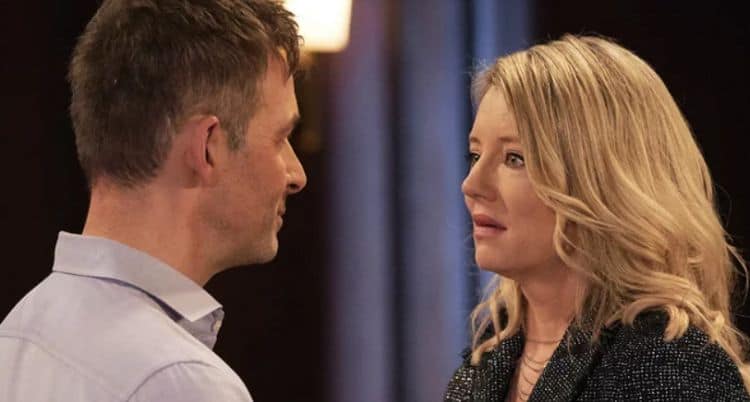 The character of Nina Reeves on the hit soap “General Hospital,” is a character who brings a lot of feelings. Some people hate her. Some love her. Some feel for her and the decisions she makes, and others wouldn’t trust her for a second. She is a woman with a lot of fans, and she’s a woman with a lot of enemies, and she’s currently being portrayed by actress Cynthia Watros. She’s a talented actress who offers so much when she’s working, and she’s been in the news lately because there are a few rumors that she might be leaving the show. For now, we want to learn more about the actress herself.

She was born on September 2, 1968. She’s been working hard her entire life, and she’s made it clear that she prioritizes her health and well-being by how great she looks and how she cares for herself. She might be in her 50s, but she doesn’t look it.

2. She is from Michigan

She was born and raised in Michigan in a town called Lake Orion. She spent her childhood there, and she even graduated from high school while she was there. She spent her entire youth in the state, and she even began her college career in the Michigan area. She started college at Macomb Community College, which is located in Clinton Township, Michigan.

Watros has been married for a long time. Her husband is Curtis Gilliland. They got married in 1996, and they recently celebrated their 25th wedding anniversary. It’s a big deal for them, and for anyone who is married this long, and they are happy that they’ve had such a successful marriage over the years.

4. She is an Emmy Winner

She’s exceptionally famous for her amazing daytime acting. She won a Daytime Emmy for Outstanding Lead Actress in a Drama for her role in the hit soap “Guiding Light,” back in the early 90s. She was recognized for her hard work and her dedication to the character she played on the show.

5. She’s Been on Daytime For A Long Time

Before she was on this daytime soap, she was on “Guiding Light,” where she spent her time playing the role of Annie Dutton. She was on the show for some time, and it’s the show that made her a household name as an actress. She’s had some other big roles in her life, but this one is among the biggest of her career.

6. She’s Been in Amazing Shows

In addition to her daytime soap roles, she’s also taken on a lot of characters in the evening, too. She is well-known for the time she spent on “The Drew Carey Show,” as Kellie. She didn’t originate the role, though. She took over the role of Kellie when the original actress, Christa Miller, left the show in 2002. She played this part until 2004.

7. She is College Educated

We already mentioned she attended her local community college when she first began college. However, we didn’t mention her college graduation. She graduated from Boston University. Her degree is in theater. She earned her BFA.

Being a twin mom is so special, and she’s part of this cool club. She and her husband welcomed their own set of twins in 2001 right around the time they were married for five years. Their twins are both girls, who celebrate their 20th birthdays in 2021.

9. She Had Some Legal Issues

For most of her career, she’s been good about keeping her personal life out of the press and making sure she’s been as private as possible. Unfortunately, she made some unappealing headlines back in 2006 when she was arrested for driving under the influence. She was charged with a DUI and the court ordered her to pay a fine and go to counseling. She also lost her driver’s license for a solid 90 days. She was fortunate that her sentence was not harsher, but she also did her due diligence and handled her business right away.

There is one thing that is important to Watros and her life as an actress, and that is keeping her private life to herself. She’s not someone who shares too much about her personal life with the world, and she doesn’t have to. She likes keeping things separate, and she’s rarely out and about photographed or sharing the personal and intimate details of her life.