Home
Entertainment
Comics
Kraven vs. The X-Men: Who Wins? 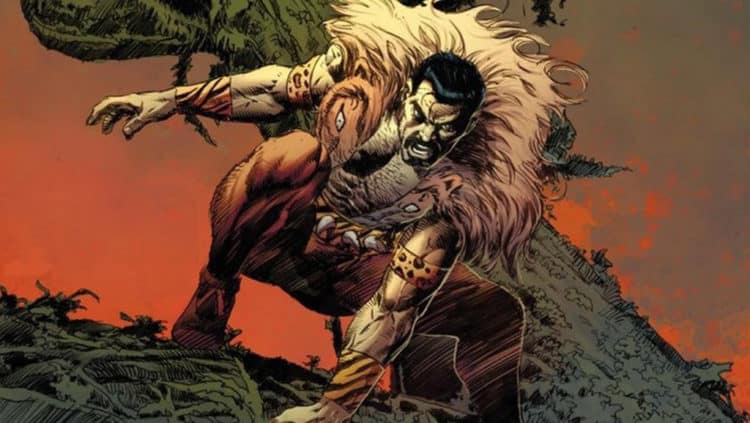 Kraven the Hunter has quite the reputation in Marvel and for a good reason, he’s an expert hunter that’s still doing his thing in his 70s, albeit thanks to a few potions and the fact that he doesn’t like to bend to anything, including age. But while he’s taken on quite a few challenges in his life, Kraven is still the type of individual that seeks out the biggest, most dangerous challenges he can to test his abilities. He’s been the bane of Spider-Man for many years, but he’s gone after other characters as well, and it’s fair to think that if he found the need to go after the X-Men that he might find that he’d bitten off a little more than he could chew. That’s if he goes after the entire team though, and one thing that Kraven is not is a fool, meaning that he wouldn’t simply walk up to Xavier’s school and demand that the X-Men come meet him on the front lawn for a scrap. How he would encounter each member of the team is tough to say, but how he would prepare for a lot of them would be interesting.

There are only a few that he couldn’t possibly hope to beat with his traps and various attacks, either because they’re too powerful or they’re too skilled at what they do. But some X-Men would succumb to Kraven’s various strategies and attacks. There’s always a way to take down an opponent, even when they’re superior in a few very meaningful ways, but for those who aren’t expert combatants or trackers or even that durable, it’s possible that Kraven would either leave them alone or annihilate them with utter disdain since this is a character that’s all about the thrill of the hunt. Kraven wants a challenge, otherwise, it’s not worth his time.

It’s already been surmised that he would fall to the likes of Jean Grey, Storm, Colossus, Wolverine, and possibly Cyclops since each mutant has an ability that could take Kraven down and/or defeat his many strategies. But mutants such as Havok, Nightcrawler, and even Archangel might find themselves tripped up either because they don’t have the same tactical abilities, or Kraven is simply better in a few ways that would allow him the victory. But it would be interesting to see how someone like Gambit would fare against him, even if the current stories have seen him being killed off. Thinking about this is kind of intriguing since Gambit is a great fighter but might not be quite as strong as Kraven. There’s also the agility factor that Gambit brings to the game, which could help him out unless Kraven could think around this and take any advantage away quickly. The power that Gambit manifests might be a problem for Kraven since Gambit can charge quite a few things with his energy and use them as projectiles or simple explosives that have the potential for causing major trauma. This fight feels as though it would be a back-and-forth matter that wouldn’t be resolved easily, but would be great to watch.

There’s no doubt that Kraven would find a way to watch the X-Men to pick out the challenges that he wanted, but thinking that he would decline to test his skills against the most powerful feels as though it wouldn’t be the case, since he’s all about taking on the most dangerous prey, and taking down a mutant or two would definitely be right in his wheelhouse. There are mutants he would be able to take on without any real challenge, and then there are those that would probably annihilate him the moment he even thought about challenging them. Jean Grey and Professor X would certainly thrash Kraven without fail, though it needs to be said that he might be able to find a way around their telepathic abilities, given that this is Marvel and such things do exist. But against powerhouses such as Colossus and skilled combatants such as Cyclops and Wolverine, he wouldn’t stand a chance since these types of characters are either tough, skilled, or both, and have had to learn how to survive in a world that hates them since a young age. That kind of experience is something that Kraven would be hard-pressed to work against.

But there is a chance that after a great deal of time spent studying his intended prey that he would be able to prevail against a few of the X-Men, though once he messed with one of them it’s also fair to say that he would have to deal with many more, and that would be game over. Despite being one of the greatest hunters in the Marvel Universe, Kraven wouldn’t win a fight against an entire team of super-powered individuals, at least not without a lot of help.