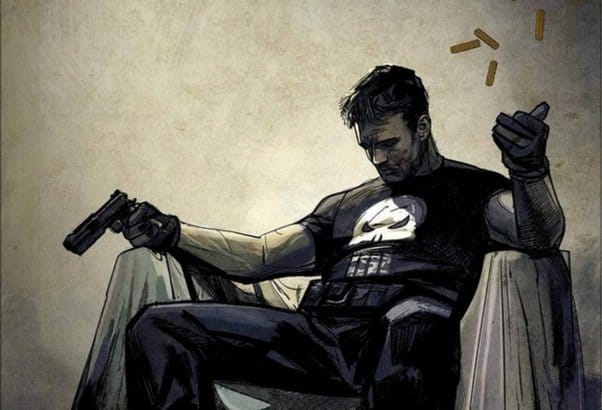 Frank Castle, aka The Punisher, is the type of character that some folks are bound to like and some folks are bound to see as little more than a murderous vigilante that operates under his own definition of justice. The thing about Frank is that he’s not necessarily a bad guy, but he does things in a way that other heroes can’t handle since they don’t see killing a villain as justice. There’s a large argument to go along with that, but that’s for another article. The way Frank does things is rather brutal, especially since he accomplishes this without powers. But giving him powers sounds like one of the worst ideas that could have ever been dreamed up. Of course, this means that it would become a great idea in the comics since it would create a story that a lot of people might believe could become even more intriguing.  Here are five ideas why giving the Punisher powers is a bad idea.

5. He’s dangerous enough as a human.

Frank Castle is a trained fighter and knows how to deal a maximum amount of pain from a distance or up close, and there’s not a lot that he can’t handle when it comes to the street-level villains that he’s gone after. But giving him powers that could allow him to punch way above his former weight class might sound like a great idea, to begin with, at least until he begins to lose control. A lot of folks might state that this wouldn’t happen, but giving an already dangerous individual the means to become even more dangerous doesn’t really lead down a safe path for anyone.

There’s no doubt that Frank is a troubled individual since he’s seen plenty of things in his life that would scar the hell out of the average human being. That, and having to live with the fact that his family was murdered makes it possible to believe that he’s not the most stable individual at times. For the most part, he does keep it together, but giving power to someone whose mental state is already in peril doesn’t sound like the best idea in the world. While people might argue that he’s too disciplined to succumb to the power, it still stands to reason that the ability to do more with less fear of any consequences isn’t a development that leads to a happy ending of any sort.

3. Punishing the wicked could take on a disturbing look.

One has to wonder how his view of evil would change a bit and if he would ignore the lower-level crimes to focus on other, more world-altering crimes, or if he would become far more vicious than ever before. Stating that Frank is vicious already is accurate since he doesn’t often show a great deal of mercy, but thinking that he could become even worse, or let others go since they didn’t pose a threat, stands as a good question since granting powers to such a character could go either way.

2. The hierarchy of the Marvel universe does matter.

It might sound wrong, but the Punisher is right where he needs to be without powers since he was given his own spot in the Marvel universe and this was where he fit for a long time without needing to move up or down. Keeping him where he was at, meaning as a hardened vigilante that killed in the name of justice, was far preferable to giving him any type of power that might elevate him in any way. The Marvel universe is always changing, that much is true, but moving characters up and down the ladder in terms of power can get extremely messy, not to mention confusing when it comes to determining how powerful each character is.

1. His sense of justice feels like it would slip.

For all of his faults, Frank Castle is a man that is out to punish criminals and make it known that those who do evil to others are bound to risk the same treatment. But what happens to a person when they’re given the kind of power that can allow them to see into someone’s mind and heart? It feels likely that many people would be judged as guilty if their thoughts were laid bare, and justice would become meaningless. It’s true that Frank might retain his sense of justice and wouldn’t run rampant throughout the Marvel universe trying to judge everyone that had evil in their heart, but one still has to wonder how long it would be until his sense of justice might begin to slip and allow him to judge people in ways that would turn him into a murderous threat instead of a vigilante that’s out for justice.  Let’s just say it, Frank Castle is better off without powers.