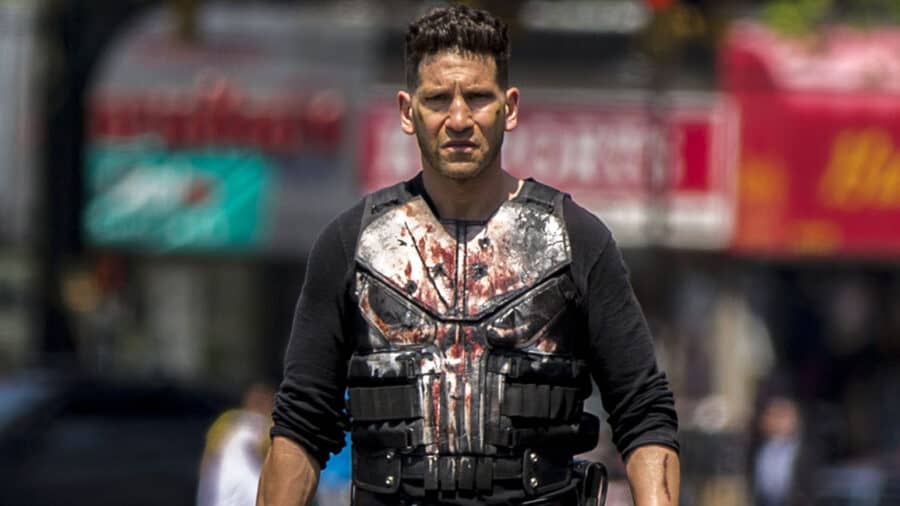 It definitely goes without saying, even though it will be said over and over, that people are excited to see the Punisher come back for his own series again since fans have been missing him since his series was canceled on Netflix. The big issue with this character, apart from his logo apparently being seen in a great number of ‘violent’ representations over the years, is that while he is an important part of the Marvel universe, he’s not known for being able to dull down to a PC level like many other heroes. Take a moment to let that sink in and then, hopefully, you’ll have a good chuckle at it because the Punisher has never been anything other than a violent character. He started out in Marvel as a guy trying to take down Spider-Man, and ever since he’s been seen as who he is, no more and no less. Any issues that the Mouse House has with his level of violence are kind of silly considering that he’s never been known as anything but the type of anti-hero that a lot of other heroes can’t stand for one reason or another.

That too is kind of funny considering how much collateral damage a lot of heroes cause and how many lives they might have inadvertently ended in their time as heroes. The difference is that the Punisher isn’t justifying what he does with anything other than the fact that the people he’s killed have been dangerous criminals that pose a real threat to others at the street level, while other heroes are taking on street level to cosmic beings and doing a lot more damage than Frank has ever done. The point is that Disney worrying over what the Punisher does and yet still wanting to use him is kind of a touchy situation at the moment since it would appear that the plan is to use this series on Hulu, where the more violent nature of the character can run unchecked, rather than on Disney+, where it might offend too many people since, well, the Punisher isn’t exactly kind to bad guys.

The funny thing about this is that Disney had to know who and what they were bringing on when it came to taking in the Marvel universe since like it or not, there are plenty of characters in this universe that are extremely violent, and dulling them down isn’t the way to go since the fans, despite the box office, are going to hem and haw at the changes without cease considering that in the comics there was plenty of bloodshed and some of the heroes that are there now participated in a good bit of it. There is a certain level of hypocrisy that’s been occurring since Disney decided to expand in this manner, and it’s fair to state that their desire to create family-friendly images has reached a rather dark point now and then when it comes to what they’re willing to do to the various heroes and villains to make them appear less violent and confrontational since too often it ends up looking like a slap fight between the good guys and the bad guys versus the all-out brawls that took place on the panels of one comic or another. Disney realizes that kids read comic books too, right?

One has to wonder what’s changed from decades ago to now when a lot of us, as kids, watched violent shows and movies, read comic books that depicted situations that were more adult in nature, and weren’t phased in the least by them. It could be that people think the literature and the various media representations messed up the younger generations, which is ridiculous to be sure, or it could be that somehow, someway, those that grew up watching this material were somehow convinced that it wasn’t healthy and that they needed to find a way to tone it down. If that’s the case, and it’s not an ironclad explanation, then someone managed to get their wires crossed since some of the stuff that’s out there is just as violent if not more so, and the effect on those that watch it is about the same no matter what people want to say.

The point here is that shifting The Punisher over to Hulu to spare those that watch Disney+ from the violence is kind of like turning someone away so they don’t have to watch a train wreck, only to realize that turning them around will give them a clear sight of a violent shootout. It’s not a perfect comparison, but then again, Disney’s reasoning for bringing the Punisher back but not to Disney+ is kind of cockeyed as well. When this will happen is still up in the air, but at the very least it does sound as though fans can count on Frank Castle returning.