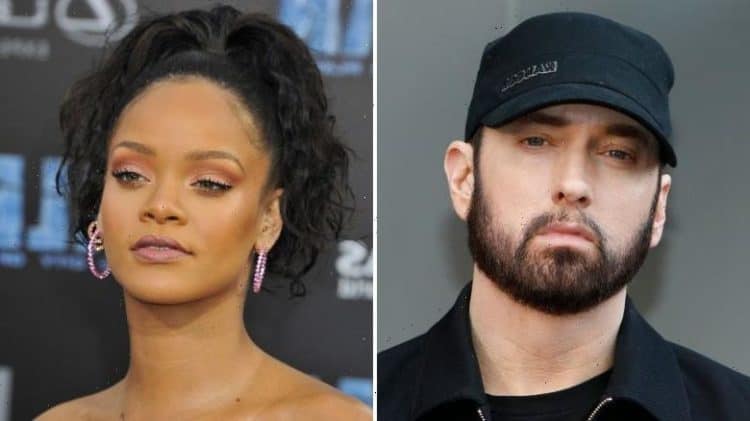 There were a lot of opinions being thrown around about Mad Max: Fury Road when it was in development and after it had been released, and there were several that were complimentary and a few that were less than accepting, but the idea that Rihanna and Eminem were up for the two lead roles, Furiosa and Max, is something that a lot of people might not have known. Just from a glance, it doesn’t feel that it would have worked since, even though both musicians aren’t bad actors, they’re still not the same caliber that was needed for this type of movie, and trying to believe Eminem as Max is beyond the imagination of many individuals, at least those that aren’t trying to delude themselves into making it work. Plus, Rihanna might be good at what she does but becoming the type of character that Furiosa needed to be, it just doesn’t feel as though it’s in her. Fans were hoping for characters that would be more akin to those that we’d seen before, tough, hardened individuals that would feel as though they belonged to the area in which they found themselves.

Despite their reputation and their fame, it feels better that the two weren’t selected since otherwise, it does feel likely that they might have done a huge disservice to the overall idea of the Mad Max story. The only person that it feels that Eminem might have been fit to play was the grown-up version of the pilot’s kid from Mad Max: Beyond Thunderdome. That might have fit his onscreen ability and personality, while Rihanna might have been just fine as someone related to Tina Turner’s character, or perhaps another type of character that’s not as tough as Furiosa but is just as determined. But casting the two of them as Furiosa and Max just didn’t sound like it was ever bound to be a good idea.

Given how things turned out it’s easy to state that no one has to worry about either of these actors taking on such roles, ever. But it does feel as though they might be able to take on separate roles in another Mad Max movie, maybe. One thing about Eminem’s acting style is that he does act like himself, which isn’t to say that it’s bad, but it’s definitely a few miles away from where it needs to be for something like a Mad Max movie. As for Rihanna, there have been moments when she might be tough, but unless she can ramp it up in a big way, there’s not a lot of chance that someone might believe she can be that tough. Charlize Theron has a bit of toughness to the character that she portrayed, and Rihanna just doesn’t have that quality, no matter that some folks think she can be every bit as good. The movie would have suffered more than a little had these two been cast. It’s been impressive over the years to see as athletes and musicians have either left their respective fields or have done both as things have moved forward.

Some of them have done quite well and have shown that they’re insanely talented in more than one industry, while others have done what they could and made it work as much as they can. Rihanna and Eminem have both shown up in a couple of movies, but the thing is that both of them have shown essentially the same act in a couple of different ways without any real distinction between them. Ask Eminem to come out as a tough as nails drifter that’s forced to keep moving so that he doesn’t fall prey to the various groups that roam the wasteland is like asking Tom Hardy to cut a rap album, it’s likely that it can happen, but it’s a little too tough to convince people that it’s going to be anything that great. And Rihanna trying to act like a hardened individual in any capacity is kind of tough no matter that she’s had a couple of roles like this in the past. Sometimes it’s best to realize that the people that are desired for a role aren’t exactly the right people for the role.

Whether we’ll see another movie anytime soon is tough to say, but at this time it’s easy to think that one of these days we’ll get to see something else, especially since the Furiosa movie and another Mad Max movie are in the works, but haven’t come close to filming quite yet. One can only hope that if Rihanna and Eminem do find themselves being considered again that they won’t be given the lead roles and that they’ll step up their acting game in a big way. It’s possible that they could work in such a movie, just not as the lead characters.