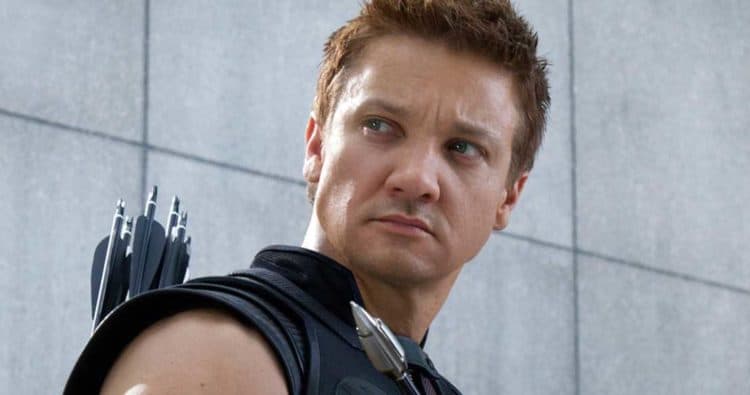 If we ever needed proof that fans are notoriously fickle and will jump on just about any small bit of ‘evidence’ that has been given to denounce an individual then this would certainly make that constantly growing list. Kevin Burwick of MovieWeb has furthered the story of just why a good number of Marvel fans are showing their ever-changing colors as they’ve started to petition for a replacement for Jeremy Renner, the first Hawkeye we’ve seen on the big screen and a talent that’s been rather impressive no matter that he’s an individual surrounded by super-powered individuals and is without a doubt one of the most overlooked Avengers in the movies. The unfortunate part is that he’s being accused by his ex-wife of several things that should be able to put him in jail if not for being a famous actor. His lawyers have thus far been claiming that it’s a scam to discredit him, but the Marvel fans have responded quickly and without mercy as you might expect. If the allegations are true then by all means something needs to be done, but the feeding frenzy that people engage in so readily is one reason why calling anyone a ‘fan’ these days means very little since all it takes is someone looking for drama to stir up a bit of trouble.

There are plenty of those folks just lingering around on the fringes of society it would seem, their ears always perked to the winds just to see which way they’re blowing so that they can pick up one piece of news or another to roll with. Without knowing enough of what’s true and what isn’t however too many people are quick to jump on the bandwagon and go lynch the person that’s being accused without asking any questions at all as to the validity of the claims. Yes, I said, ‘lynch’. It’s another word that people are having troubles with these days since the president said it in regards to his impending impeachment, and many were offended that he would dare utter it, even though it’s been used countless times before in other situations that might not have called for it. Ah, the hypocrisy runs thick on the internet, doesn’t it? Anyway, should Renner be found guilty without any shadow of doubt to be had, then sure, replace him and get someone else. The idea of putting Charlie Hunnam in the place of the famed archer might be interesting since it’s correct to state that Rhodes, aka War Machine, experienced a transition from Terrence Howard to Don Cheadle, but people did notice no matter how much folks want to argue about it. Renner to Hunnam might actually be a more reasonable transition since the two don’t look that much like each other but it could work a little better.

However there are some people that would prefer a deaf actor, as Stuart Conover from Science Fiction states, to take the place of Renner since in the comics Hawkeye is almost completely deaf and can only hear thanks to devices made by Tony Stark that help him out. His hearing loss doesn’t affect his marksmanship, but when on the battlefield it could make a huge difference. Here’s the problem with seeking out a deaf actor for the part however, they need to able to act the part, instead of just being deaf. That’s kind of like saying that a woman needs to be in the White House just because she’s a woman. It doesn’t really work unless the individual in question can actually do the job, and on screen Hawkeye is a character that’s already been taken up by Renner, whether the people like it or not. There is an unconfirmed rumor that Disney might be looking at replacing Renner ahead of the Hawkeye series that’s set to come to Disney+, but if that does happen it would mean that Disney is simply trying to cover their collective butt when it comes to bad press and the mob rule that seems to be enacted any time someone gets their nose out of joint about something. It’s kind of amusing how no other issues have come up concerning other actors in the Marvel universe when a lot of them do have skeletons in their closets or have been seen or heard to be less than stellar individuals throughout the years.

Sigh, like I said, if Renner is found guilty then sure, can him and find someone else that can do the job. Hunnam would be a good idea, but it’s likely that Disney would be looking at several individuals to take up the role if this happens. But hopefully it will be by a process that’s legal and not influenced by the ‘fans” that want to see their own brand of justice meted out. People need to remind themselves that it’s ‘innocent until proven guilty’, not the other way around. As Nobelle Berines of Epic Stream has indicated however, it would seem that Disney isn’t about to give up on Renner just yet.