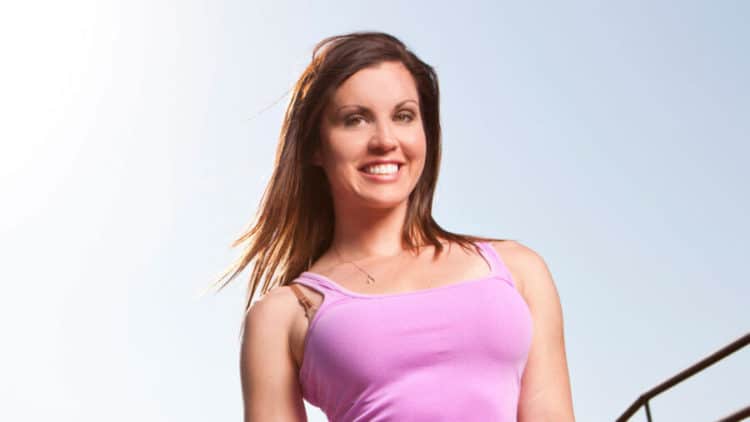 No one expects to see a beautiful, petite woman who looks as if she should be a high school cheerleader and the student body president driving a big rig and taking orders from no one, but here is Jennifer Brennan doing just that. She’s a woman who defies the norms. She’s not Miss America, even though it looks as if she could be. She’s a truck driver who became a famous face when she began starring on the show “Shipping Wars,” on the A&E network. She’s a woman who does what she wants, she worries about herself, and she is a fan favorite. Here is everything you ever wanted to know about her.

She’s a born and raised Texan, and she is proud of her roots. She grew up on a farm with her family, and she learned a lot during her time there. She was part of a cattle ranch her family owned, and she learned so much about hard work, dedication, and taking care of what is yours while she was on the farm.

She loves them to the point that she spent her entire life with them. She has a particular affinity for things like horses because she grew up with them on the farm. She has so much love for animals that she got into this business by transporting them around the country from one home to another.

During her early years, she and her family spent a great deal of time focused on the rodeo circuit. We don’t know what they did in the rodeo or how she participated with her family, but we do know that she did – and she loved it. She has a lot of life experience from things like that, and she is grateful for that.

4. She Has Always Been into Horses

The entire time she’s been alive, she’s been into horses. She grew up with them on her family’s cattle ranch in Texas. She rode them, she loved them, she cared for them. They taught her so much about life and about being responsible. She decided that she would begin training and riding horses when she was done with her college career, and her life just sort of turned out the way it did as a result.

If you want to learn more about her online, too bad. She’s not sharing. Her Instagram page has almost 12k followers, but her account is private. She’s not sharing much with just anyone, and she only follows three people. Additionally, she also does not post often, and that is a situation in and of itself, too.

7. She is Much Older than People Think

We are almost inclined to believe that someone, somewhere made a mistake and this simply cannot be true. However, the internet says she’s in her early 50s, and that her date of birth is February, 11, 1969. The internet also says she’s from Sherman Oaks, California, her parents are from Alabama, and that she did, in fact, grow up on a cattle farm.

In addition to being a woman in her early 50s, she’s also a mom with small kids. This is yet another reason – aside from the fact that she does not look even close to 40 let alone 50 – we think her date of birth is misrepresented online. However, she and her former partner welcomed their first child in 2013 and she welcomed a second son in 2018.

9. She Dated a Pro Boxer

For some time, she was in a long-term relationship with an American boxer by the name of Todd Foster. We don’t know how long they were together, but they did have a baby in 2013. While they are no longer together, we also don’t know if he is the father of her second child.

In addition to her shipping work, she’s also a single mom just doing what she can to raise good boys and have a good life for them to remember. She is doing it on her own, but we also have no idea how involved her children’s fathers are in their lives (or who her second baby belongs to).