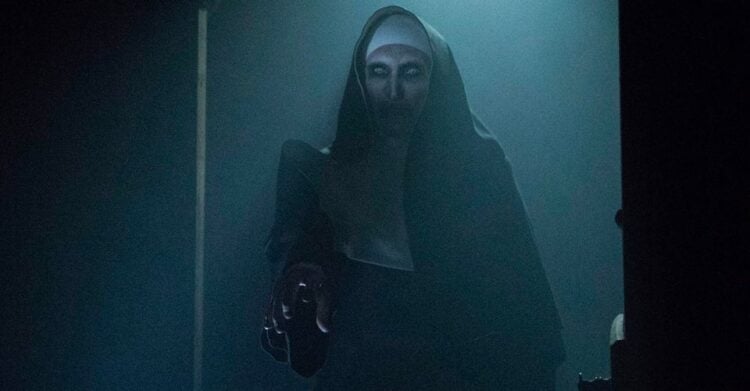 Some folks would reply with laughter since of course, a new horror movie is always necessary. But considering how The Nun ended it feels as though those behind the movies are doing their best to create solid connections between every movie that has to do with The Conjuring universe, and might continue to explore the careers of Ed and Lorraine Warren so long as they can keep squeezing money out of it. Horror and religion have gone hand in hand for a while now and it’s fair to state that the two have managed to create several great and lasting stories. The question of why a second Nun movie would be needed though has more to do with the idea that it almost feels as though the movie will have to eke out as much as it can in terms of material to keep people interested, rather than focus on anything that might have been deemed factual. After all, the final scene of The Nun did show the Warren’s explaining one of their outings, and this gives the impression that they could very easily be involved in the sequel.

One has to wonder if there’s ever going to be a movie or a well-hyped documentary on the Warrens and their exploits, but that’s a different matter. The Nun does have something to do with their story, but it’s kind of a hope that things will move forward in this story without involving Ed and Lorraine yet, as there could be more to it that takes the story in a different direction before Valak had a run-in with the Warren’s. There is another reason to not get too excited about a horror sequel though since if there’s one thing that anyone should be able to realize, horror sequels are not always a guaranteed success. Too many of them have managed to flop to think that they’re a success story, and yet the cult status of many horror sequels allows people to argue that sequels aren’t to be shied away from.

In a sense that’s true, especially seeing as how many horror movies do appear to beg for a sequel, but the effort of learning how to craft a story in a manner that flows from one movie to another is one that a lot of folks in Hollywood don’t appear to care about so long as the movies make money. The flow from one story to another is important whether people want to admit it or not, which is why it becomes a bit frustrating when so many moviegoers want to defend various sequels rather than point to the idea that they fail not just because they don’t measure up to the originals, but because they don’t flow in a manner that feels natural and end up breaking the story into pieces that don’t appear to fit. Worse yet is when new actors are used for parts that were great when filled by the original actors, since this breaks with continuity as well and ends up mucking up the story. The Nun had a well-defined way to continue by the end, and it could be that the sequel might end up receiving better reviews.

Asking whether another Nun movie has more to do with the thought that it might not have been the best choice for another horror sequel, since the first movie kind of linked up to the Warrens quickly, though there could have been a big gap that the sequel might be seeking to exploit. It does feel likely that this might be the case, especially since there haven’t been many details released as of yet concerning what’s going to happen, where the story is going to be set, and who is going to be cast for which roles. All that’s known at this point is that Valak isn’t done and that the demon has plenty of mischiefs left to complete before fading out of cinema existence. One has to wonder how much this creature is going to be used in the years to come, but it doesn’t feel like it could be a big franchise character, since like it or not, demonic entities tend to make for great movies, but when they’re used for franchises they end up becoming a bad joke after a while.

Valak is the kind of creature that could be something great or lead to something greater, but it doesn’t feel like the type of creature that’s bound to be worth fashioning a franchise around. As far as a sequel goes it’s enough to hope that it will be something that fans will enjoy without too many complaints. But horror movies are kind of an odd genre when it comes to fans since people tend to forgive a lot of mistakes and errors. Hopefully, the sequel will be treated in a way that will elevate it just enough to please the fans.