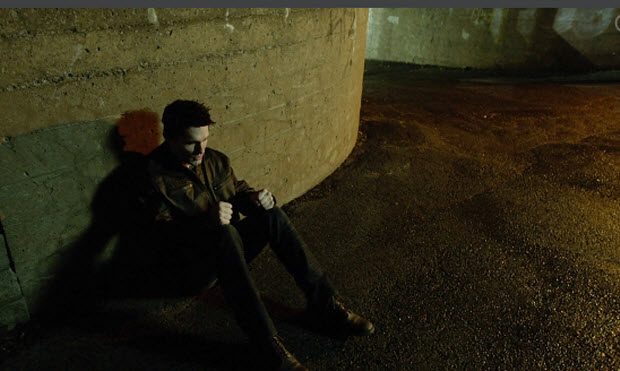 Well… that escalated quickly. After what transpired on last night’s Being Human, it seems pretty easy to argue that “Gallows Humor” was the toughest and roughest episode of the series. Ever. What’s perhaps even more overwhelming than that 42 minutes of pure emotional chaos is the realization that we still have six episodes left.

This show and its characters have been through a lot, but the narrative has operated off of an algorithm for three seasons that makes things somewhat… well, sane? No doubt it has gotten messy in the past, but you vaguely know how it’s going to turn out so you can imagine a light at the end of the tunnel – if not faintly see it. Of course the cycle will start again, but there will be a period of rest.

What last night’s episode left us with wasn’t an alteration in the algorithm, but rather an amplification. The stakes for our characters as a result of their monstrous decisions are higher than we could have imagined. And that’s how the writers subtly modified Being Human‘s formula, giving us some of the biggest surprises in the show’s history. It also recalled one of Being Human‘s most poignant monologues for me, making it supremely relevant once again. In case you aren’t sure which one I’m referring to:

Life is a series of choices. As it turns out, death is the same. Not for the ones who are ready. They embrace their fate, move on. For the rest of us, we linger. After our survivors pray and throw dirt on our coffins, we’re still waiting. Because for some of us, there’s a bigger question: What am I now? Where do I go from here? We find ourselves in an eternal nowhere, between human and thing. Monsters. Some of these monsters choose to simply accept what they’ve become, some don’t. Which leaves us with the most important choice: Do you accept what you are or do you refuse? And what is the true curse?

Last week we saw Josh confess to (what we thought was) the worst possible thing he could do: cheat on Nora. The behavior was so out of character that I wasn’t wholly convinced it actually happened. Nora awoke next to those twins last season, but it was never assumed that she cheated. However, we learned that assumed or not, adultery wasn’t the worst thing Josh could do.

The two spend most of the episode going back and forth about how and if they can move forward. In addition Josh tryies to convince the ghost siblings to “let this one go,” before coming to the bedroom to make things right with a emotionally tired and wrecked Nora. What starts as a tender moment turns into one of the most frighteningly lamentable scenes of the entire show. Josh’s near assault ended only because Nora had been keeping a knife under her pillow. All of this is too much for Nora, so she packs her bags and leaves.

Not only did this bring home how much Josh has changed (the woman you married is so un-trusting she keeps a knife in bed?), it brought Josh to a whole other plane. Personally it was the first time I looked at the character and saw an actual monster. The relevancy of the above mentioned monologue becomes clearest in this moment. Is it the man or monster doing this? With Josh partially embracing the new wolf after rejecting it for so long, what is his actual curse?

Things weren’t any easier for our other two monsters. Sam Witwer gave one of his best performances as Aidan teetered on the brink of an actual breakdown. After Kenny comes to clean up his drunken mess, Aidan returns home only to be called away again by Suzanna. When he arrives at her room, he assumes he’ll be get blood and love. Instead, Suzanna drugs him, then handcuffs him to the sink. Her intent? To get Aidan clean.

Whether he was fervently defending his bloody work or indignantly declaring the nature of a vampire, your eyes never moved away from the screen. You probably didn’t even blink, afraid you’d miss that slight variation between sociopathic vampire and guilt-ridden man. Suzanna also revealed the truth about their son’s death. One of the most brilliant parts of Aidan’s entire episodic arc was the choice to remove the voice audio and only run music in the scene as the action unfolded. It amplified the emotional intensity, but we’re left wondering if either of them can pick up the pieces.

Sally was a much busier bee than the boys. After learning her brother was dead, she desperately tries to find a way to bring him back. With Josh and Nora arguing rather sensibly that Donna’s zombie magic isn’t the best way, Sally goes straight to the source for some recommendations. With Donna’s return we go on another time traveling trip, as this “pop” takes us to Donna’s death where we see her hanged for being a witch. Ironically, she doesn’t become one until after she’s revived from death.

Sally brings Donna back to the house and they both talk to Robbie. Sally wants him to have another chance, but Robbie isn’t sure he wants one. The Rath siblings together created some of the most emotionally genuine (and heady) scenes of the episode. Robbie is clearly appreciative of his sister’s efforts and does love her, but he doesn’t want to “repeat the cycle” (did you catch those multiple meanings?). He has accepted what he is. Where he goes from here is now entirely up to him.

Sally thanks Donna, but Donna could use one last favor. To repay the woman willing to give up her soul for her brother’s life, Sally sends Donna back to the other side per the witch’s request. As a result of using magic, she’s sent through time again, landing back to when she was alive and living with Danny. We learn that she’s there for 4 years and will be witness to her own death. We’ve already seen that Sally has the ability to enter physical bodies as she travels across time. Will she try it again and if so, how might one slight alteration effect the Being Human universe as we know it?

Overall this was a great episodic addition to an already stellar season. Though the show can be predictable at times, it’s also proven that it knows when and how to rely on both plot twists and characters development to keep things interesting. Being Human truly does have one of the nicest narrative balances on television. Next week we are set to see the effects of Sally playing with fire in a way we never thought possible. There’s six more episodes to go, and with the way things are going you might want to consider a glass of wine or a nice shot before you watch next week.