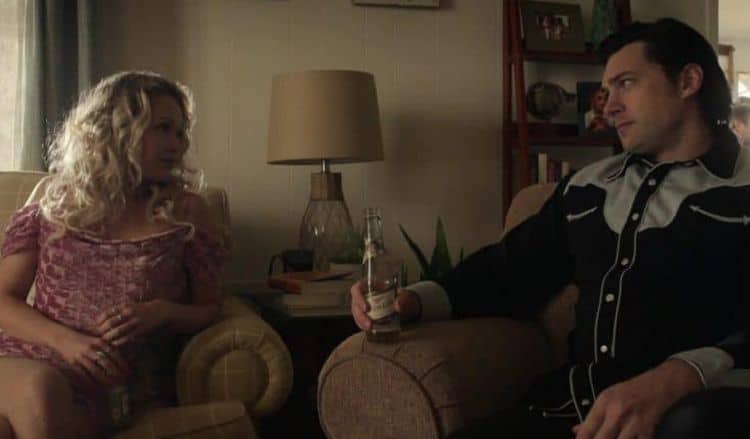 Apparently, it was time to hit the slow button when it came to this story on Heels since the ‘House Show’ episode took the time to unload a good deal of emotional baggage that some of the characters were holding onto from the last couple of episodes. From Wild Bill to Crystal to Ace to Jack and Staci, there was a lot of emotion being tossed about during this episode as people started to come to grips with what was really important to them. And, spoilers, it’s still hard to think that Rooster has been having such a tough time forcing Jack to talk to him while he’s hung back and sulked about not being used in an effective manner. The truth is that Rooster does need and deserve a push in DWL, but his inability to corner Jack and simply tell him, for better or worse, that he needs a shot or he’s gone, is kind of on his shoulders as well. With everything that Jack has on his own plate, it’s easy to blame him for being a negligent boss that doesn’t care about his performers. But the truth is that Jack does care, but he’s taking on way too much, which is his responsibility.

One thing that’s evident is that Ace is still messed up about the loss of his and Jack’s father, and is attempting to find a way past it, but is finding the most torturous and agonizing path to take in order to get there. Tom Spade was obviously a man that didn’t do well with failure since his expectations were so high that upon not reaching them he felt as though he’d let everyone and himself down. Some folks can deal with adversity and keep moving forward without feeling as though they’ve lost everything, Tom wasn’t one of them. It was all or nothing for Tom, and while Jack has been doing what he can to keep the ball rolling, Ace has followed in their father’s footsteps when it comes to his reaction to the fact that life is going to get hard, and expectations won’t always be met.

The continual plunge into the wrestling world is one that might not be entirely accurate at times but is likely spot-on at other times since the appearance of the legendary Mick Foley as a former wrestler and podcast announcer was a special treat this time around, but his presence wasn’t exactly a balm to Jack’s nerves, especially when he wanted to talk about Tom Spade. The subject is still a touchy one for Jack since there’s way too much to unload there for one sitting. Worse than that, Jack has too much on his shoulders at the moment to even worry about his father, since he has to figure out how to fill 10,000 seats at the county fair, he has to figure out how to inspire his wife Staci, who’s feeling like a fifth wheel in Jack’s life, and he has to keep his people happy, which isn’t happening as much as he would like. That’s a lot to put on any person in terms of emotional impact, and the cracks are starting to widen. Tack on the fact that Wild Bill has put Jack in one hellacious spot with the stunt he pulled last episode, calling out the Spade brothers for a ladder match, and it’s fair to say that Jack might need to step back for a moment or two.

That’s not about to happen, but it probably should since Jack has been neglecting his family all too often and it’s apparent that the deal with Rooster might mean that he’s neglecting what his wrestlers want from time to time. The fact that Rooster is willing to speak to another promoter and even jump ship is proof that DWL is in for a seriously hard reality check at one point. If things turn around it could be that Rooster will change his mind, but at this time it doesn’t feel likely. Right now it feels as though things are falling apart at the worst possible time, and while Ace might appear to be humbling himself enough to apologize to Bobby Pin and Crystal, there’s still the question of how invested he is in the memory of his father, even though it’s been revealed more than once that while Tom Spade was a great man, he wasn’t perfect by any means and had a ton of faults that are showing through in a big way now.

With only a couple of episodes left to go in season 1, there’s still no word on whether Heels has been renewed or if it will be left alone after the first season. The story is compelling enough to move forward with, but the hope is that things will take a serious turn that might open it up to following seasons.