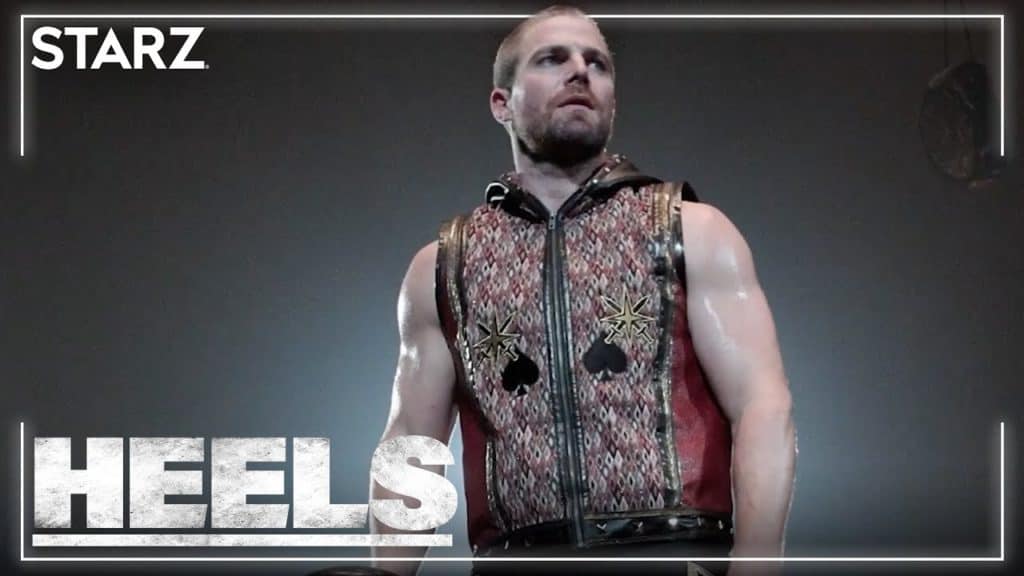 Coming off the heels of the last episode, Double Turn kind of had to be balls to the wall and dramatic as hell, but it also had to make it clear that a second season would be a good idea. But it’s fair to think that a lot of people couldn’t have predicted how it was going to end. Yes, there are spoilers coming, so for anyone that hasn’t watched the episode it’s time to decide if you want to keep reading or head on over to Starz first to see what all the hubbub is about. It’s already been mentioned that Heels hasn’t been given the green light for a second season, but not being canceled is positive enough to think that the wheels are turning and that the story could continue eventually. But after this finish, it’s kind of up in the air as to whether it should continue or if we saw such a great ending to the season that moving forward might be kind of a mistake. It kind of feels as though the right outcome finally happened, but there are still bound to be a lot of challenges to overcome.

Thankfully the episode starts off right on the tail end of the last one, meaning there’s no sudden jump back to Duffy with a short but unsatisfying explanation of what went on. Instead, Jack is still in the ring and on his way out when Charlie Gully yells into the mic for someone to get him, and as sure as can be, one of the wrestlers for FWD does come out and tackle Jack as he’s on his way backstage. But despite what was expected, Ace tackles the other wrestler in turn and both brothers make a beeline for the exit as they have to barrel through security and make their way out of the parking lot. From that point, it becomes a trip back to Duffy that drums up the drama-filled conversation that leads to the brothers reconciling in their own way, which in turn leaves one feeling as though one thing has been resolved at least.

Of course, that’s until Jack gets home to find that his wife and son aren’t there and that they’ve gone to stay at one of her friend’s as Staci, who found out about the infamous tissues that Jack purchased in bulk to humiliate his brother several episodes ago, is seriously questioning her husband’s motives when it comes to Ace. It is kind of tough to understand why Jack attempts to keep Ace under his thumb at times, even with the opening that shows how their father, Tom Spade, never made it a secret that Ace was his favorite son, while Jack was the son that he was the hardest on. That ended up translating into Jack being so protective of Ace that he ended up keeping his younger brother under lock and key as much as possible throughout his life, which in turn created a lot of resentment and anger that Ace felt as a result. But not, with the issue that came with the tissues being tossed in the ring, things have hit a new level that will easily spill into a second season.

The funny thing about this is that Charlie Gully had every intention of disrupting the DWL’s time at the state fair, and somehow ended up orchestrating one of the biggest turnarounds that the promotion has obviously seen in a while. During the ladder match between Jack, Ace, and Wild Bill, it wasn’t too surprising to see Bill starting to falter since age and whatever pills he’d been taking conspired to make him crap his pants and thus ‘play dead’ on the edge of the ring apron. Of course, in a surprise move when Gully was doing his best to sabotage the match by getting people to throw tissues and chant Jack’s name instead of Ace’s, Crystal and Bill both came through as Crystal, who’d come out as Bill’s valet, challenged Ace and Jack in an effort to keep the match going. In an impressive twist, she took both brothers out as they selflessly allowed it to happen for the sake of the show, while Bill, in a surprise move, swallowed the shame he was so afraid of and, leaving the obvious sign of his distress on the mat, went to intercept Gully with a vicious clothesline that a lot of people might have thought was part of the show.

Season 2 will have still have plenty of baggage to unload if it does come along, especially since the tissue debacle isn’t about to be settled so easily. With Crystal as the new DWL champion, it’s easy to wonder if more female wrestlers will take inspiration from this and attempt to change the DWL even further. It’s also likely that Bill might have to face the fact that he’s getting too old to be in the ring. And obviously, above all, one has to wonder what’s going to happen between Ace and Jack if the show does return. But in all honesty, the ending was well-written, especially since it was kind of tough to see how it would all shake out.