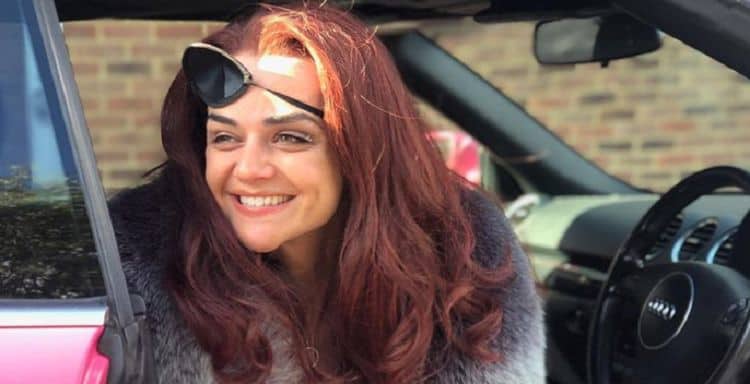 Hayley Squires is a young actress who has been cast in many lovely projects in the past few years. She began her acting career in 2013 when she was in her early 20s, and she’s since starred in more than 10 films and 10 television shows. She’s a theater actress as well, and she’s famous. Perhaps her upcoming role in Great Expectations is something the entire world is looking forward to, so we want to get to know her a bit more.

This talented actress is still quite young. She was born on April 16, 1988. She didn’t quite grow up in the 80s since there is likely no memory of being less than two when the decade changed, but we do bet she has some fierce pictures of herself in 90s clothes and hair as a child.

She’s a born and raised Londoner. She was born in Forest Hill, London, England, and she lived there much of her childhood. When she was a young teen of only 14, her family moved to Kent. Kent is still in London, but it was not the home she grew up in up until that point.

3. She is a Playwright

When she is not acting, she is writing. She’s a playwright, and it’s something she really enjoys. She’s not a woman who is only focused on one thing, nor is she someone who is only good at one thing. She’s good at many things, and both acting and writing are at the top of the list.

4. She Grew Up with Her Family

As a child, she was with her mother, her father, and her brother. Her brother is older, though we don’t know much about him. What we know is that her father worked as the manager of a video store – which is something kids who didn’t grow up back then would understand – and her mother was a cook at the school her children attended.

5. She Was a College Student

Following her high school graduation, she attended college. She was a student at the Sittingbourne Community College. She studied drama there, and her mother was a cook there. She is still, in fact, still a cook there. She later attended Rose Bruford College where she graduated with honors.

6. Her Best Friend is an Actor, Too

She and her best friend actually went to college together, and they graduated together. His name is David Carlyle, and they’ve been so close for many years. He is a working actor, and the two of them are living their dream together.

She’s a woman with a meaningful tattoo. She has a very special quote from A Midsummer Night’s Dream beneath one of her arms. We believe it is her left arm. The quote says, “And though she be but little, she is fierce,” and it is something that sticks with her all the time – and not just because it is literally tattooed on her body.

8. She Had a Tough Childhood

Though she and her family were close growing up, they did not have much. She’s said before that they didn’t have a lot, and that their mother would do anything she could to make whatever kind of living conditions they were in warm and homey so they felt like they had a home and a place filled with love in which to live. What a great mom.

9. She Took Her Mom to Cannes

When she was just beginning her career and she was just making a name for herself in a project called I, Daniel Blake, when she was able to go to Cannes for the premier. She knew that at that moment, it was her own mother she would take with her. She knew her mother had done everything for her growing up, and she was such a wonderful mother, that she wanted to pay her back. Her mother is beyond proud, and she is so happy for her daughter.

If we can say one thing about this talented young actress, she is just so appreciative of what the industry has done for her and what it has given her. She works hard, and she puts in the effort to do the best job she can when she is given a role, and it shows. She’s been able to change her own life, the lives of her family, and the future she was dealt. She is amazing, and she appreciates everything.