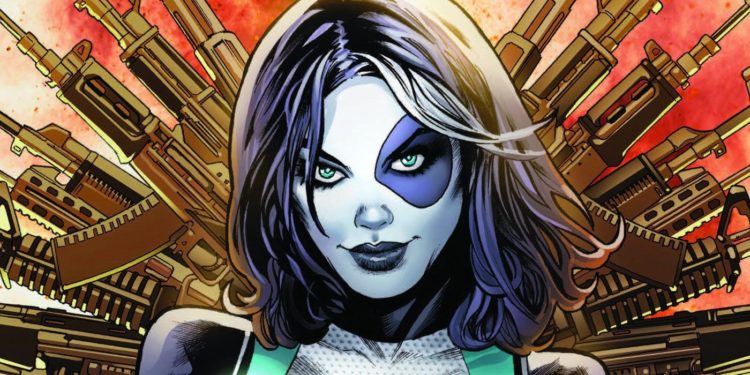 Pitting someone that has luck on her side against someone that just can’t miss unless he makes a concentrated effort to do so is an interesting match since one has to wonder how long luck would hold out against superior marksmanship. It’s already known that Hawkeye in the MCU was an agent of SHIELD while Domino has been a mercenary for a good part of her existence and that both are highly trained. The only real edge that Domino has over Clint Barton is the ‘luck power’ as Deadpool would put it, that allows her to influence the probability of a given situation. A lot of people just figure that her power is luck, but the truth is that she has a mutant ability to alter the odds and a lot of times it does bring favorable results that benefit her in a big way. Seeing who might end up the victor in a deathmatch, or even in a match to the finish, meaning one person can’t go on any longer, would be interesting since, despite the massive disrespect he often gets, Hawkeye is far more adept at adapting and evolving to a given situation.

It does depend on where the battle takes place and what they’re allowed to use since Hawkeye has a much wider arsenal to work with given that he’s changed during his time in the comics and the MCU. He does have an impressive resume since his martial prowess is enough to impress several individuals, which would make this fight a lot more even given that Domino is a skilled martial artist and assassin and her ability to alter probabilities would add an x-factor that would push Hawkeye to his limit. While some people might argue that environment wouldn’t matter, this is kind of erroneous since both characters work well within given areas since they both need a line of sight to their target to start with, given that despite being a mutant, Domino doesn’t have any other abilities that Hawkeye can’t match.

Again, there would be plenty of arguments against this and it’s fair to think that diehards that want to argue over fictional characters would cite one issue or another to put one character over the other. But let’s be as real as we can with this, and remember that Hawkeye can fight from a distance and up close. Domino can as well, but you can’t help but think that she’s not as skilled with the same weapons that Hawkeye is, meaning she’s all about firearms and possibly thrown weapons. But the stealth factor still feels as though it should go to Hawkeye, who’s capable of sneaking up on a person and firing multiple arrows within seconds. One has to wonder if Domino’s ability to alter probabilities would be able to contend with someone that could fill the space around her with arrows in the same time it takes her to move from one side to the other. It would also be wise to factor in the idea that Hawkeye has been able to place a shot in a location where the target is about to be with impeccable aim.

Domino’s luck would be about the only thing that might save her in this case since, in the Marvel universe, Hawkeye is that good. When a character is praised by others that have one power or another, it’s high praise since it means that even without powers, Clint Barton is an exceptional human being. That’s without going into the idea of his trick arrows, which he can make on his own if he has the time and materials. But going into a fight like this, it’s fair to give Domino her choice of firearms, barring anything incendiary that might have a wide-ranging effect. The same would go for Hawkeye and his arrows, which would be limited in effect to anything that might affect Domino without blowing her to bits. After all, Domino’s ability is impressive, but it’s capable of altering the possible outcome, it can’t stop the impossible from happening, since otherwise, she would essentially be unkillable. But in a battle between these two skilled fighters, it feels as though Hawkeye might have the edge.

This has more to do with Hawkeye’s ability, his durability, and the fact that he just doesn’t miss that often. Domino’s ability would keep her safe for a while, but unless she managed to land a direct hit on Clint that put him down in a significant way, it’s not hard to imagine that Barton would respond in kind, and would figure out a way to negate Domino’s ability. Luck only goes so far after all, especially when Domino has no knowledge of an incoming attack. Even luck can’t do everything. Giving this win to Hawkeye has more to do with the idea that he could overwhelm Domino when it came to a full-on barrage of attacks since not even her ability would be enough to cover every angle.