Home
Television
Hawkeye
Hawkeye: “So This is Christmas?” Recap 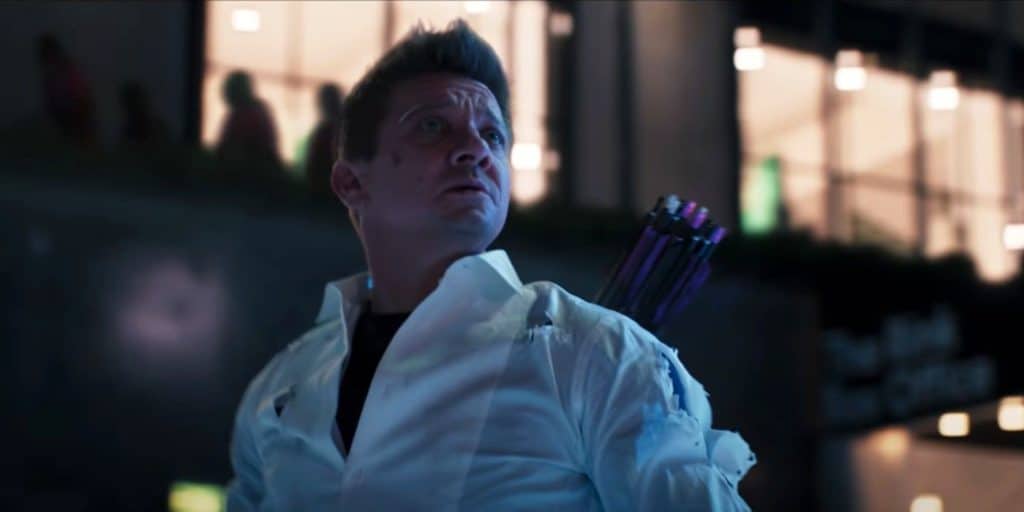 Is anyone else thinking that this show ended just the way it needed to? There are bound to be a lot of complaints about continuity, plot holes, and this and that and the other since a lot of folks can’t take it that what they wanted to happen didn’t happen. But the fun fact here is that retconning, rebooting, and everything else under the sun is still possible so perhaps just chilling out and enjoying the story would be preferable to nitpicking the thing to death. I get it, I’m guilty of nitpicking as well, but enjoying the story usually comes first, if it’s possible, and while there were a few moments in the Hawkeye finale that were kind of cringe-worthy, they ended up being needed moments that made the show enjoyable enough to watch. Another fact that’s unfortunate but true is that a lot of people tend to feel that the Hawkeye limited series has been the lowest-rated show from the MCU yet, and if that’s true it’s likely because it’s not as flashy, doesn’t deal with gods, cosmic forces, and the like, since Clint Barton is almost entirely earth-based as a street-level hero.

Some might argue that Black Widow is the same, and yet she’s super popular, but the best explanation is that Clint has always been underestimated ever since he was brought into the comics. His bow and trick arrows have done a lot more in his time with the Avengers than he’s been given credit for, and his impeccable aim has been maligned more than once, while his skills as a fighter have been downplayed horribly over the years. When all is said and done, Hawkeye deserves a lot more respect for hanging in with some of the tougher Avengers since much like Black Widow, he’s a highly-trained individual that knows his way around a battlefield and can usually operate without the massive advantages that his teammates employ.

This was proven throughout the series since despite taking his lumps, which is more satisfying than seeing someone wade through one battle after another without a scratch, he’s managed to come out on top most times, at least until Yelena made her presence known. It’s a little too obvious that the Black Widow training is a bit beyond Clint, and that despite putting up a good fight, he was bound to get his tail kicked by Yelena at some point. But the running fight between Yelena and Kate during the Bishop’s Christmas party, which was interrupted by Kazi, who was acting on the orders of the Kingpin, who DID make a big appearance, was actually kind of fun. It created a type of understanding between the two women that made it possible for Yelena to realize that even if she was still far above Kate, the other woman had a few skills she could appreciate. But the fact that Kate and Clint used their LARPER friends for recon, as well as crowd control, was pretty cool as well, if somewhat amusing. Nearly every piece of the puzzle that was started with the first episode came to fit just as it needed to, with a few necessary gaps since the fact that Wilson Fisk survived the barrage of trick arrows that Kate triggered, and the fact that she had her mother arrested, makes some people feel that another season might be needed.

It’s a big hope at this time that another Hawkeye season won’t be incoming, since the limited series lived up to the expectations, and if there is another season to come, it should become Kate’s show entirely, as she’s earned it and could easily carry things forward. Seeing Echo turn on Fisk was nice since it means that she’ll be starting out in her own series, which will arrive eventually, with a definite purpose but perhaps very little direction for the character, meaning there will be a struggle to get through from the start. As for Clint, it feels as though it might be time to let him rest since the showdown that took place between the Tracksuit Mafia and Clint and Kate was fun to watch, and the showdown between Clint and Yelena was touching in a way since it made clear the fact that Yelena might not have made peace with Clint entirely, but she accepts that he’s not the one who killed Natasha.

This definitely leaves a person wondering what might happen now that Yelena knows that Val lied to her, and if she’ll join a team in the coming months, or if she’ll remain on her own. It’s hard to say since the MCU is changing so quickly and keeping up is becoming a bit of a chore. But at the very least, it’s interesting enough to see where everything is headed since the future of the MCU is bound to be a little hectic for a while.