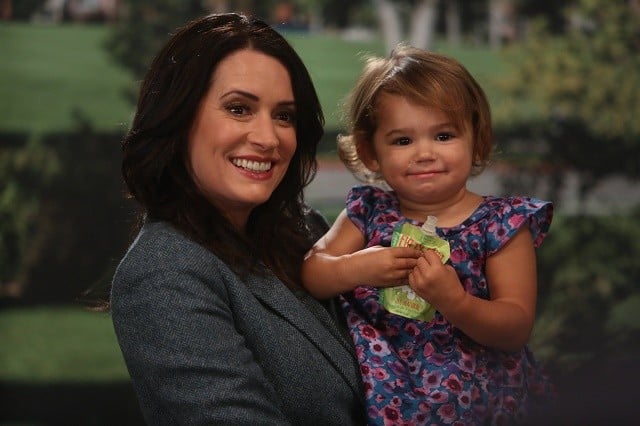 “Baby Model” is a perfectly fine episode of Grandfathered. However, tonight’s “perfectly fine” installment is actually a disappointment because of how much promise the half hour initially had. There’s a lot that Grandfathered could have mined from the topics of modeling and childhood fame (especially with Josh Peck, a former child star, as a member of its cast), but while the show hints at these bigger themes, it never digs deep enough to truly engage with them.

The best we get from Grandfathered when it comes to tackling this subject with more depth is Gerald’s confession about how he was bullied for being overweight when he was younger. He understands that the pressure to be attractive and thin when you’re young is incredibly intense, especially for girls, and he doesn’t want his daughter determining her self-worth based on her physical appearance. It’s a very reasonable reaction to the situation Gerald faces in this episode, but it’s also the typical, surface response, a fear any father would have for his daughter as she grows up. Instead of taking some time, giving us more from Gerald’s past, and trying to add real weight to this episode’s storyline, Grandfathered seems satisfied with his rather generic objections to Edie’s potentially modeling career, and that’s before the show disregards them all together when Gerald becomes enamored with the billboard ad that features his daughter.

The only story development that might be even worse than Gerald’s whiplash-inducing change of mind is Jimmy’s quick decision to stop Edie from modeling after he’s rejected before he can even audition for a gig. While there’s something to be said about Jimmy realizing the shallowness of the industry after the casting director tells him that he just knew he wasn’t right for the job, without even giving him a chance, Grandfathered doesn’t portray his decision as “light bulb turning on” moment. Jimmy’s actions don’t seem insightful or noble; it just seems like because he was rejected for a modeling job, there’s no reason why his granddaughter should make a career of out it either.

Still though, despite the several problems I have with “Baby Model,” the episode does feature some really strong moments, especially when it comes to comedy. In particular, Paget Brewster really shines when Sarah is given the opportunity to model alongside Edie (her delivery of “You can always reel me in, but I will go there” had me laughing out loud). Plus, the series isn’t afraid to be a little darker with its humor when one of the advertisers mentions Edie’s daddy before seeing the worried expressions on Jimmy, Sarah, and Vanessa; “Oh God, is her daddy dead?” she asks them. “I keep doing that.”

And while Annelise’s storyline was pretty hit-or-miss, it was refreshing to see a more vulnerable side to her and to learn more about her past. Could everything going on been a little bit funnier? Sure, but just the fact that Grandfathered was trying something different with Annelise’s character and providing her with a more substantial story than she’s usually given was really nice to see.

“Baby Model” isn’t a great episode of Grandfathered, but it’s nowhere close to being as atrocious as last week’s installment, which was a true low point for the series. This young comedy is still working out the kinks, and while nothing in “Baby Model” was as impressive as what the show was doing in its final episodes of 2015, it did fill me with some hope that Grandfathered could rebound in the back half of its first season, utilize its terrific cast, and finally live up to its potential.

What did you think of this week’s episode of Grandfathered? Comment below and let me know.

Jimmy and Vanessa try to help Edie become a baby model in a serviceable episode of Grandfathered.