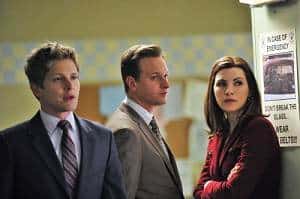 Aha! Now I know why Cary seems like more than a regular than the regulars – he is the only ADA assigned to Lockhart Gardner cases. Did the writers give us that clarification because so many of us had the same question? Even if they didn’t, I thank them. Not because I have any issue with Cary being around; quite the opposite. If he’s the only ADA squaring off with Lockhart Gardner, then we can be assured Matt Czuchry is staying put. That he underhandedly brought in Marshall Mann (Frederick Weller) from In Plain Sight was icing on the cake.

He wasn’t the most popular introduction this season, but I’m really happy to see Alicia’s brother back. Owen adds a nice dose of snark and breathes life into Alicia that we don’t see with her other relationships. I also enjoy his scenes with rest of the family; Jackie in particular. Her candor in chatting with him about being gay was delightful, and achieved what The Good Wife does best – brought up a tough topic without choosing sides. It’s so refreshing to watch a show that doesn’t want to preach and provide answers to its viewers, but rather initiates discussion on the hot topics of the day.

Another mystery was addressed during “Breaking Up”. Since we’ve known that Diane has been trying to start her own firm, I’ve been wondering where the hell Derrick Bond, previously self-proclaimed mentor of Alicia before disappearing completely, has been since he joined the firm. We still have no idea where that is, but Will’s current love interest proclaimed Derrick is out and Lockhart Gardner is breaking up. Diane tried to recruit Alicia with the notion that Will and Derrick were taking the firm in a different direction, one in which there was no place for a woman. Seems to me Will doesn’t even know where Derrick is. 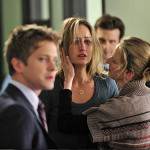 The case of the week showed the seedier side of the law (as if there is a non-seedy side) as the firms tried to break up a young couple in love in the face of their tragic involvement with the murder of a pharmacist. Cary made it impossible for them to win. Either one was going to get three months and the other 25 years or there would be no plea. When it was discovered the girlfriend was pregnant, an innocent man chose prison. Neither the lawyers nor the parents expected that end. The similarity between the need to break up the couple and the disintegration of Lockhart Gardner was not lost on me, and put into play some positioning for what is to come.

Now that the cat is out of the bag and Will has confronted Diane, the separation of firms should be front and center for a good part of the remainder of the season. The merging of two firms at the beginning of season two left room for this to happen, but it will certainly shift the dynamic we’ve been used to. My desire is that Will, Alicia and Kalinda survive the shift as a team, but they could throw us for a loop and really switch things up. Only time will tell! 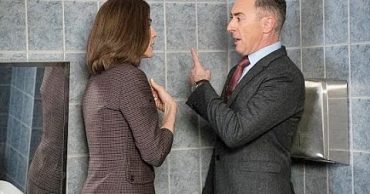 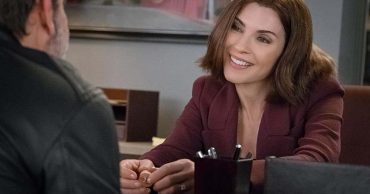 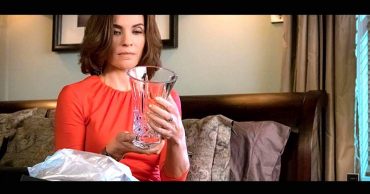 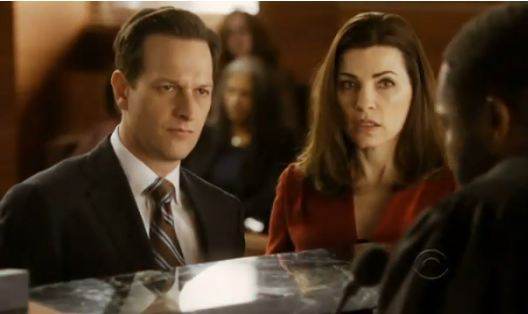