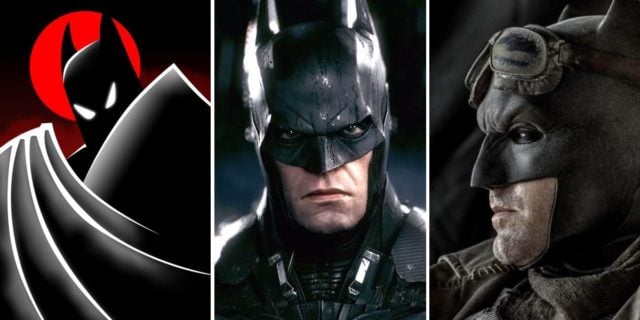 If you’ve played the Batman games or watched the cartoons then odds are that you might have heard Bruce Timm’s contributions to the Dark Knight’s iconic voice and look. He’s been influential with Batman in animation for some time now and has shown a real passion for the work that he’s done. Most people wouldn’t even think to question who’s doing the voice so long as it sounds like what they expect and the delivery is flawless. So far Bruce Timm has done a great job and there’s no reason to believe that he’ll ever be remembered as anything but one of the best voices of Batman.

So here are a few other things you might not know about the man.

5. Looking at the actual man you wouldn’t think he could voice Batman or Bruce Wayne.

To be honest he’s not the classically handsome type that you would think of when Batman or Bruce Wayne come to mind. He’s not the ugliest man in the world by any stretch of the imagination but he just doesn’t have that hardened, street vigilante look or the dashing playboy looks that Bruce Wayne and Batman are respectively known for. But he does have the voice to make it work.

4. He was actually part of the inspiration for Pinky and The Brain.

You remember the cartoon about the two lab mice on Animaniacs? One was a simpleton that was always saying things like “Narf! Point! Egad!” and the other was was a smaller mouse with an enlarged cranium that wanted to take over the world. Yep, Timm was part of the inspiration for that cartoon and judging by his height and appearance I would guess that he was the inspiration for Pinky.

3. He’s voice-acted several roles but is primarily an artist and co-producer.

Believe it or not he doesn’t do as much voice-acting as you would think. A few parts he’s done were actually done because there was no one else to do the role and he’d already proven that he was able to step in. As Batman he’s been absolutely great, but as other roles he’s tried to step away from voice-acting as much as he can to produce and help with animation.

2. He’s assisted in the animation efforts of many cartoons.

Timm has actually worked on such projects as He-Man and the Masters of the Universe, She-Ra, G.I. Joe, Flash Gordon, The Lone Ranger, and even Tiny Toons. He did try to get in with Marvel and DC early on but was rejected. Eventually in 1992 he would go on to help create Batman: The Animated Series. After that his skills were put to great use by DC as he continued to lend his talents.

1. His first passion was to be a comic-book artist.

Despite his great success in animation and voice-acting Timm really wanted to become a comic book illustrator and has in fact done a number of short series and other projects that have gained him some notoriety over the years. In fact he even helped to create Harley Quinn, a fan favorite in this day and age.

To say that he’s contributed a bit to the legacy of Batman is kind of an understatement really.