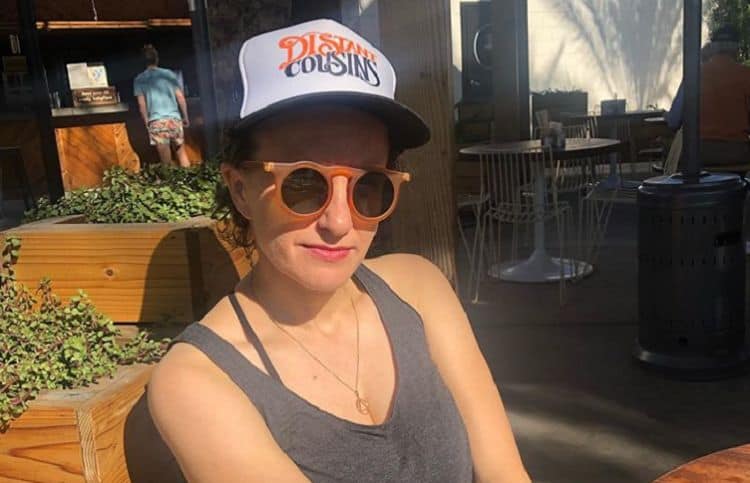 Fans of actress Halley Feiffer may not know she’s a playwright while fans of her stage shows may be unaware they can see her on the big screen too. Often those very similar entertainment worlds get separated by audiences who feel one form is superior over the other. The truth is that taste aside, it’s all entertainment, and you may be missing out on something wonderful if you narrow your perspective. In order to bring a little unified perspective, we’ve collected up ten fascinating facts about this poignant, raw, hilarious and charming cross-genre, cross-discipline virtu.

We don’t like to use cliches but suffice it to say, Halley takes after her parents more than a little. Her mother, Jenny Allen, was an actress and comedian. Meanwhile, her father, Jules Feiffer is a very well known satirist. He won a Pulitzer for his editorial cartoons. Plus, in addition to his artistic talents has written for screen and stage.

Halley herself has taken the stage more than a couple of times. She has an impressive list of roles in her repertoire. While she often ends up on the stage, we’ve also seen her in TV classics like Ugly Betty, Torchwood and Flight of the Concords. As busy as the actress, producer and star is, we don’t know when she finds the time to do so much brilliant writing, but we’re glad she does.

Irreverent and unafraid, Halley tackles illness both on stage and off. In real life, she has suffered from Lyme Disease, which left her so foggy she “Couldn’t remember the word for like… spoon,” and couldn’t write. She translates her experiences and ideas brilliantly into a self-motivated sort of muse that she channels to make still more brilliant productions. “A Funny Thing Happened on the Way to the Gynecologic Oncology Unit at Memorial Sloan Kettering Cancer Center of New York City,” is just a small taste of her talent. Some people let every speed bump rule their lives. Halley, on the other hand, uses upsetting incidents in her own life to motivate her satirical take on stage.

4. A Dark Sense of Humor

Humor and strife both run in the family. While Halley was still in college, her mother had a bout with cancer. The fear and trauma of having a loved one potentially on death’s doorstep are hard to handle for anyone. For the mother and daughter, it was a source of inspiration. Jenny Allen did a one-woman show called “I Got Sick, Then I Got Better. ” Meanwhile, her daughter wrote a play about the children of two cancer patients flirting in a hospital while their mothers were potentially dying.

6. He’s Way More Famous Than You

Yes, He’s Way More Famous Than You is the title of one of Halley’s movies, but that’s not what we mean. As a producer, Halley has worked with the incomparable and outspoken Jim Carrey. She worked with Showtime to create Kidding, a series starring Jim. He plays the role of a children’s television host called Mr. Pickles. However, his life isn’t quite the hilarious good-time his fans might expect.

In addition to all her other talents and time-consuming pursuits, Halley manages to find the time to give back and help build the future as well. She’s taught a masterclass on playwriting. Along with Heather Ruffalo, Halley Feiffer managed to make still more time in her already packed schedule. They participated in the class to help aspiring writers who want to get their work on stage. We’re only sorry we didn’t hear about it in time to attend.

She acts, writes, produces, teaches, travels the world, and speaks up for women’s issues. The Pussy Grabbers Theater shared stories of their sexual harassment and more at Joes Pub. All the acts were aimed at President Trump for his atrocious statements regarding women.

Born November 20, 1984, The thirty-four-year-old Halley is a Scorpio. Whether you believe in the zodiac or not, Scorpios are known for their fiery temperament. This New Yorker doesn’t lack attitude. She channels all that passion into her incredible, critically acclaimed works, and so far it’s working out incredibly well for her. Despite her wildly funny shows, Halley isn’t the sort to make headlines for the wrong reasons. If you hear about her, it is always her successes and talent.

10. Self Analytical to a Fault

As the child of famous parents, Halley knows she gets lumped in with Collin Hanks and Liv Tyler. She’s not afraid to talk about inherited fame and how it affects her life. In fact, she’s written and performed a play about that too. “I’m Gonna Pray For You So Hard,” isn’t the self-pitying, over-privileged drivel you might expect. Instead, she takes everything about her life and experiences that wasn’t great and exacerbates it until her own character is monstrous with entitlement and alcoholism. Some people gloss right past their parents’ contributions in their lives. Halley uses it with her typical harsh and dark humor to make even more of herself, and we couldn’t admire her more.

If you haven’t yet caught one of Halley Feiffer’s stage shows, it’s worth the time to go and check it out. For those who liked her better on screen as Ted Danson’s bitter alcoholic daughter on Bored to Death, or in The Good Wife, it’s easy enough to binge-watch your own Halley-fest. However, we suggest appreciating her as a whole. To do that you’ll have to sample both her stage and screen contributions. Should you be so lucky as to catch a rare event like a masterclass she speaks to, please leave us a comment and let us know how you liked it. Meanwhile, we’ll be looking forward to whatever she does next. 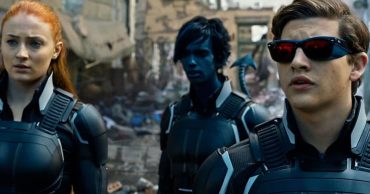 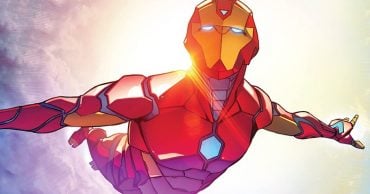 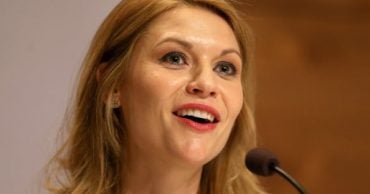 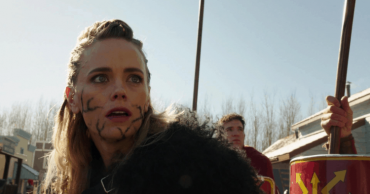 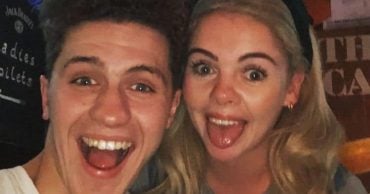 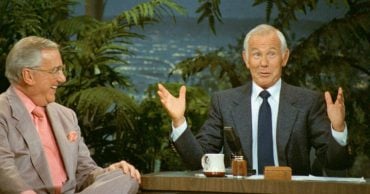