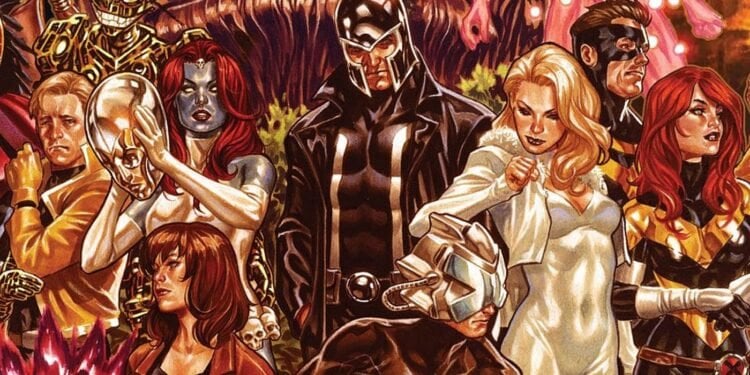 There’s a great deal of speculation about bringing the X-Men into the MCU at this time, and with the emergence of Professor X into the Doctor Strange sequel it’s fair to say that a lot of people are hoping that we’ll be seeing one of the favorite teams in the Marvel Universe make their way into the MCU sooner rather than later. Given the slate of movies and TV shows that are bound to be coming soon though, it’s fair to think that this is still going to take a while, as the writers might need to find an angle to bring the various mutants into the fray since there are plenty of things being planned, and the mutants tend to come with their own storylines ready and capable of being told. There are a couple of ideas on this list that have already been done before, but a big hope would be that the MCU could find a way to reboot them and bring a bit of flair to the ideas that we haven’t seen before.  Here are five ideas that could be used to bring the X-Men into the MCU mainstream.

This one might be kind of tricky since outside of the MCU it’s well documented how mutants have been ostracized from society and persecuted just for being who they are. With a proper introduction, it might be possible to show how this story could be necessary to the existence of the mutants in the franchise. The decades of being hounded and thought of as monsters could finally be depicted in a manner that might better explain the plight of the mutants that have been attempting to save humanity for so long and are only given mockery and suspicion in return for their valiant deeds.

One movie isn’t nearly enough for this saga to begin and end since the emotions and the overall effect that this story had could have gone on for a while and, with the right director, could have been a trilogy at the very least. But the mishandling of the mutants and their storylines has been kind of disturbing over the years since it feels as though this treatment has been given by those telling the stories as well. The Dark Phoenix Saga is worth more than a single movie, and it could be a crossover event that might even be worthy of bringing the Phoenix Five into play, as this would be an immersive story that could involve many characters.

This is another idea that’s already been used and abused since again, confining it to one movie was not a great idea, especially since it didn’t make great enough use of the variety of characters that it brought out to play. The idea of Apocalypse being such a powerful mutant wasn’t even used that well, though Oscar Isaac did try to make it work as his acting was interesting, to say the least. But seeing Wolverine as a Horseman would be awesome, and it does feel as though this could be another event that might be worth the effort of a cameo or two since it might go a long way to connecting the mutants to the MCU.

This story might actually be a little dark for the MCU, but seeing how a few of the movies have gone to very dark places already, it feels as though it could work. The notorious massacre of the Morlocks, sewer-dwelling mutants that can’t exactly fit into society, sparks a war between the X-Men and the Marauders, a group that would give the X-Men all they could handle and more. This prompted the X-Men to disappear for a while so they could recuperate and eventually make a comeback. But it’s also an event that has a lot of ramifications since it involves an emotional investment that, if the idea was accurately represented, would probably provide an emotional impact on the same level as Logan.

Out of all the events that the X-Men have faced over the years, this is one of them that absolutely NEEDS to be brought to the big screen, or even taken on by Disney+ as a limited series since the fact is that this event brings in a great number of characters that could have a future in the MCU. Plus, the chance to see multiple mutant groups in a series would be intense since there are plenty of angles that Inferno uses that could help people get used to and actually invest in the mutants to make them even more popular in the franchise and possibly cement their place in cinematic history once again. If no other ideas were taken but this one it would be a success, without a doubt.  Nearly every big team in the Marvel universe has a handful of stories that would be great in the movies. It’s the X-Men’s turn.