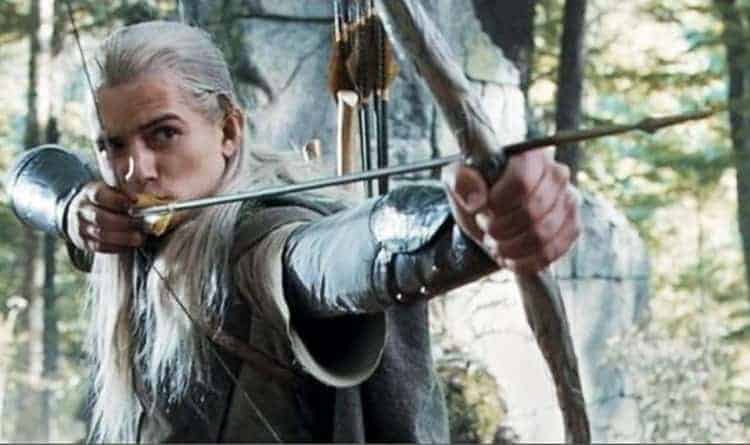 There have been quite a few famous archers in the history of pop culture, and at least one of those on this list was there before cinema and TV ever existed. There are movies in which the era appears all wrong for a bow and arrow since the unfortunate truth is that it’s difficult to impossible for a bow and arrow to overcome a firearm unless one takes into account who has the better aim. But when all is said and done, firearms do carry the edge in range and efficiency, but it’s often far more impressive to see someone master a bow and arrow than a firearm, and that’s saying something because mastering either one does take time, skill, and a lot of patience. But in the movies, watching someone perform nearly impossible shots with a bow is a lot more intriguing since like it or not, many people can pick up a rifle, aim, and shoot, but to operate a bow takes a lot more to be accurate and consistent. That’s why those that are on this list are considered to be some of the greatest archers introduced into pop culture.

Here are some of the greatest fictional archers of all time.

When it comes to fictional characters one has to understand that the laws of physics and common sense aren’t always going to apply to any given story since if a story needs something to happen that might be within the realm of possibility, it will likely happen. The fact that Whistler can shoot around corners using incredible and unlikely bank shots is a good indication that the story needed this to happen.

I’ll have to admit a personal bias for a couple of characters both because they’re just that awesome and because they did earn their way onto this list. Merida is without a doubt one of the more fiery-tempered archers that has ever been created and as a Disney princess, she’s one of those that has definitely broken the mold since she’s nowhere near to being a damsel in distress. This quality makes her much fiercer and far more interesting.

There are a lot of great archers in the gaming world and I’ve likely missed a good number of them, but Aloy stands out for a few reasons. One of those is that she started her life as an outcast and eventually embraced who she was. The other is that as a loner, she’s one of those that is uniquely equipped to deal with the long road that she has to travel and is dedicated to something greater than herself, and her array of different arrows is quite impressive.

This legend has been told in so many different ways and with so many different actors that it’s hard to count them all without forgetting at least one or two. Robin Hood has also been parodied in cartoons and movies, and each time it’s happened has been either extremely funny or quite impressive. But this version was fun since the dynamics of Robin’s style were broken down in a behind-the-scenes featurette showing that Taron Egerton did train quite a bit for this role.

So far, Kate is showing that she has the skills and raw talent to be the next person to take on the role of the badass archer in Marvel, but her temperament needs work and the lack of humility and self-awareness at this point is still something she has to gain. But as far as her skills go, she still has a few things to learn, but she’s come a long way since the first episode.

There’s no doubt that Arrow was a huge hit for the CW and it’s easy to claim that the hero is impressive, but there are times when it almost feels as though the CW played this hero up a little too much and only touched on his vulnerabilities when it was needed. Of course, that’s just an opinion, but if there’s one reason that Marvel heroes and DC heroes are seen differently, it’s that they deal with their vulnerabilities in very different ways.

As one of the only members of the Avengers that doesn’t have superpowers or a suit of armor to work with, Hawkeye tends to get the least amount of respect. But when one looks at it, he’s actually one of the bravest members of the team since he and Natasha are the only ones walking into battle with supervillains armed with weapons that are more efficient against humans.

You could say that when one’s arrows are more like short spears thanks to the size difference that aim might not matter as much. But in this clip you can see Neytiri’s skill on display when she threads the needle between Jake and Quaritch, pinning the human with a shot that isn’t nearly as easy as some might think.

Katniss has been a name that a lot of people have known since The Hunger Games came to the big screen. She’s great with her bow and she’s definitely skilled enough to be deadly with it, but one has to wonder at times if she’s more of a symbol than an efficient combatant.

There aren’t a lot of people who would argue with this choice since Legolas has been absolutely impressive since he showed up on the big screen. The fact that many archers that see combat need to know how to fight in close quarters is one that some folks might not think about, but it could mean the difference between life and death. Legolas is absolutely lethal with his blades, but he’s a surgeon when it comes to using his bow.

There are plenty of fictional archers out there, but some of them are just better than others.

Will We Ever See Carrie-Ann Moss in John Wick?
Comics Lists News Things You Didn't Know Whatever Happened To