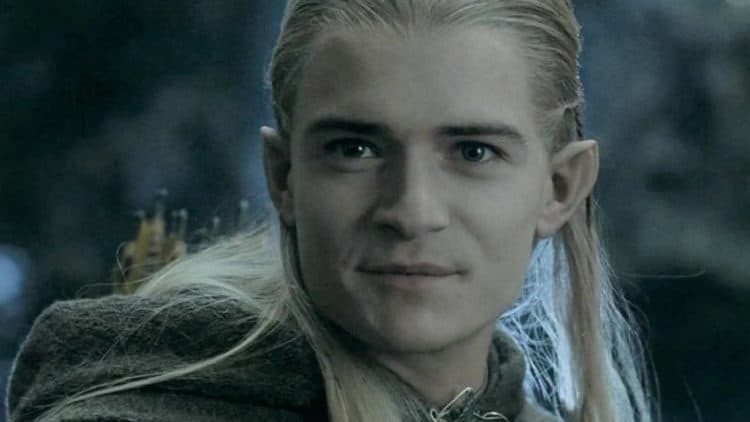 It’s kind of obvious that if there were to ever be a solo movie or series about Legolas that it would have to be a prequel to The Hobbit or come after The Lord of the Rings. Anything during that time would be kind of tough to write out due to the fact that Legolas played a pretty big role in both stories as far as cinematic history goes. Seeing Legolas as a younger individual might be kind of interesting, or finding out what he managed to get up to after LoTR might be intriguing as well since it could put a new spin on the character in a way that might give him a bit of completion as a character. The fact is that Legolas has been detailed as a character over the course of the movies and he has changed a bit since when he was first introduced in LoTR he was still a bit arrogant and even full of himself, but as the movies went along he became easier to get along with and even befriended the dwarf, Gimli.

While Gimli wasn’t featured in The Hobbit, his father, Gloin was, and Legolas was obviously around at that time. Seeing how he great up in a solo series would be kind of interesting since when it comes to the movies we didn’t learn that much about his mother or his upbringing since it appears that his relationship with his father, Thranduil, was a bit tense and maybe not as warm and inviting as it could have been. But learning more about Legolas and the obvious manner in which he was brought up to look at dwarves as little more than irritants would be something that might shed a bit of light on his character, especially given that he ended up becoming friends with one.

Throughout many fantasy stories, dwarves and elves haven’t mixed well since there are too many differences between them when it comes to character, attitude, temperament, and many other factors that have been heaped onto the matter. Typically longer-lived than dwarves, elves have often been shown to be haughty, arrogant, and given over to the idea of thinking that dwarves are foul, smelly, and disgusting creatures that thrive within the earth but know nothing of beauty. This is where the eye of the beholder comes into play since much of what dwarves have done throughout the realms of fantasy has been shown to be beautiful in its own way. Where elves have usually been shown to be more about nature, dwarves have been all about delving deep into the earth to find the riches hidden within. Legolas was designed to show the arrogance and overall grace of the elves since he came in as a rather haughty character, but one who could back up his arrogance with a very deadly set of skills that could be employed at a moment’s notice. The moment in The Two Towers when he knocked and aimed an arrow at Eomer for daring to even threaten Gimli was a good example of how quickly he could react and how fiercely he’d come to care about his companion.

It’s fair to state that Legolas still didn’t care that much about the dwarves and their plight at the end of The Hobbit, but by the time LoTR was halfway through his viewpoint had changed quite a bit and he’d become far more accepting. Going back to his childhood and adolescence it might be interesting to see how much of this attitude was pushed on him and how much he simply accepted as he grew up. Legolas isn’t the most complex character from LoTR, but he’s an interesting one all the same and it would be great to learn more about him in a series preferably since a movie might gloss over certain points and miss a little too much when trying to plot the story. Casting for this might need a couple of different individuals since thinking about how to show this and how to play it out until it reaches a certain point would be a bit challenging when thinking about a prequel. If there was a sequel series though it would be just as enticing since it would be fun to learn what happened to the heroes when all was said and done.

It’s surmised that Legolas went on to work with the alliance of men, elves, and dwarves after the events of the war, and would eventually make his way to the Undying Lands, with Gimli at his side no less. But to see this on the screen would be great since it would be nice to have closure to the story in this manner given that each member of the Fellowship did so much to unite the different races.