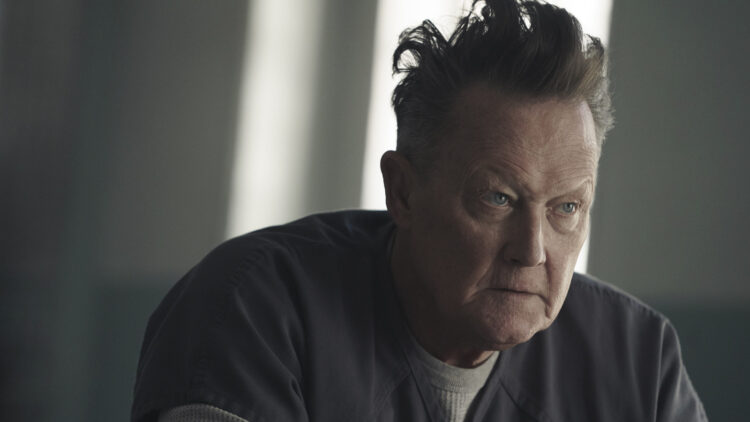 Robert Patrick has had to play several characters in his time, and some of them have been absolutely terrible, but in Marvel’s Wastelanders it’s expected that fans will eat up the material he’s going to be delivering as old man Logan. Just for clarification, some fans might need to be reminded that this is a podcast and we’ll get to hear Patrick’s voice, but he won’t be donning a suit or even made to look like Logan. Instead, we’ll get to hear his voice as he lends it to the role of Logan, who as a lot of people can attest is probably one of the grumpiest-sounding individuals in the Marvel Universe. There are likely quite a few individuals that people can think of who could take on this role, and from everything he’s done to date, Robert Patrick is still kind of an odd pick. He’s not the worst choice in the world, but he’s someone that doesn’t exactly exemplify the kind of character that Logan has been for so long, at least not from a physical standpoint. But thinking that he could lend his voice to the Canadian mutant and give him a grumbling edge might be something that fans could get behind.

The world of Old Man Logan has been an interesting look at what could happen if the Marvel villains ever did manage to get organized and come up with a way to wipe out the heroes. Seeing Logan turned into a farmer and a man unwilling to practice violence was a big switch since he’s been known as the guy that’s ready to throw down at a moment’s notice most times. But learning that he wiped out the X-Men, or most of them, was interesting since the only reason it would happen is just as it was described, the X-Men hesitated to harm one of their own, meaning that Wolverine, who was fooled at the time into thinking that his allies were villains attacking the compound, had no such inclination to hold back. It does show how insanely dangerous Wolverine can be if his opponents aren’t willing to go all out and eliminate him quickly. But many would seek to remind others that, again, Wolverine’s allies weren’t using lethal force.

Robert Patrick has been known for quite some time as a dangerous-looking individual, and his voice has a quality to it that tends to back this up since listening to the guy when he’s at his best is enough to give a person chills. But there is a calm and quiet side to him that would be perfect for a character such as old man Logan, especially since this character has been beaten down and put through the kind of hell that would break many of the other heroes. The fact is that Wolverine actually tried to kill himself after finding out that he’d killed his teammates, and as a result, he became the far more timid version of himself that was seen in this story. To say that he stopped being gruff isn’t accurate, but he was broken, and Patrick’s voice might be able to convey that type of emotion in a way that a lot of others can’t.

Some might wonder what the benefit of a podcast over an actual feature film or TV series would be, and to be fair, it’s different, that’s certain. But there was a time before TV and the movie theaters took over that entertainment was taken from the stage and radio, and it almost feels as though this might be one way to bring that feeling back. Hearing the voices of several professional actors as they play out the story of Old Man Logan and other stories is bound to be something that a lot of people will find a reason to listen to, especially if they realize that a couple of fairly big-name actors have been put into the mix. Sitting down to listen to a podcast would be a different type of experience to be certain, and it might be something people would find kind of fun since to be fair, a lot of folks are always talking about podcasts.

Robert Patrick has been kind of a mainstay in pop culture ever since his time in Terminator 2: Judgment Day, and it’s not at all surprising that people have come to value him in such a big way. There’s no doubt that it would be interesting to listen to Robert Patrick voice the part of Logan, especially if he modified his voice just enough to give it that lower, menacing grumble. It’s one of those moments that might amaze people to realize it since there are probably going to be a lot of people that will recognize his voice but won’t be able to place him until they see the credits or someone tells them. Hey, it happens.