Home
Entertainment
News
Pablo Schreiber as Wolverine? Sure, Why Not? 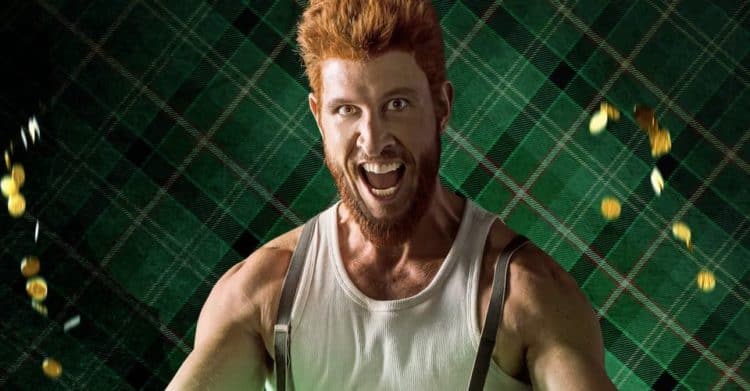 Pablo Schreiber has been around for a while now and has become a lot more noticeable over the years as he’s taken on one role after another. It’s not often that he’s seen as a nice guy or someone that’s not a borderline villain, but that appears to be where he does the best. But as the Halo series on Paramount+ has already shown in the first episode, it’s easy to wonder what might happen if he took on the role of a notable hero. It would appear that Pablo wants to take on the role of Wolverine, and has been in talks with the MCU. In terms of being wild, mean, and overall grumpy, he would be a great fit to be fair, but one has to remember that this star stands at roughly 6’5″, which is easily a full foot taller than the Canadian mutant, meaning much like Hugh Jackman, he would take on a legendary role that he would be suited to in all but his height. Some might state that Jackman made it work for a long time, so Schreiber could as well. Of course, that’s a bold statement.

For years, Jackman made the role of Wolverine his own, and while a lot of people would cite the fact that much of Logan’s story has never been seen on screen, it didn’t matter since from the first X-Men movie he was considered to be the best pick, and no one could convince the fans otherwise. Who could, or would, take on the role after Jackman has been a discussion/debate that’s been going on ever since he mentioned that he was going to be ending his run as the character in his final movie. Several individuals have been thrust into the spotlight as fans have done their best to try to influence the result, but if Schreiber ends up being the winner it would be interesting to see how people might react.

In all honesty, it’s kind of fun to see how fans react when any character they enjoy is given over to another actor since some people have the type of open mind that allows them to consider what might happen, while others tend to rant and rave over the matter. Wolverine is a rather distinctive character and he’s been a big part of Marvel for a long time now. Trying to get someone closer to his height might mean making compromises though since the truth of it is that while he’s not the best-looking character in the Marvel universe, he’s definitely one of the toughest. For some reason, Jackman took on the role and was able to work wonders with it, but thinking that Schreiber could do the same doesn’t feel like something that many people would think is entirely possible at this moment. He’s a good actor, there’s no doubt about it, but taking on a role like this is a bit iffy for anyone. Hell, it was iffy for Jackman back in the day, but since he came to personify the character, Pablo might do the same. But there is a lot of competition in the eyes of the fans, and with the inclusion of the multiverse, it almost feels like more than one option might be considered.

One reason to think of Pablo as a worthy successor is that despite his height, he can go berserk on camera since if anyone has watched American Gods on Starz, they’d have seen Pablo playing the part of Mad Sweeney, the leprechaun that was in the service of Mr. Wednesday. The fact that he can show his anger in a very convincing way could give rise to another showing of Logan’s berserker rage, which a lot of fans love to see since it’s one of his biggest draws as a character. But otherwise, it does feel as though accepting Pablo into this role might take a while for a lot of fans. Wolverine is one of the touchiest characters in the Marvel universe when it comes to wondering who might play him and who might do the best job, and it’s fair to think that some might think that it’s time for him to rest. Yeah, that argument doesn’t get too far.

Death in the Marvel universe is more of an abstract idea than a concrete truth since so many characters have come back from the dead throughout the years that it’s tough to count them all. Wolverine has even come back from the dead, as his healing factor can only cover so much damage before it’s burned out. But seeing as this is his first time in the MCU, it’s easy to think he’ll be brought in, hopefully, in a way that fans haven’t seen before. Choosing Pablo feels like a risk, but one that might pay off.