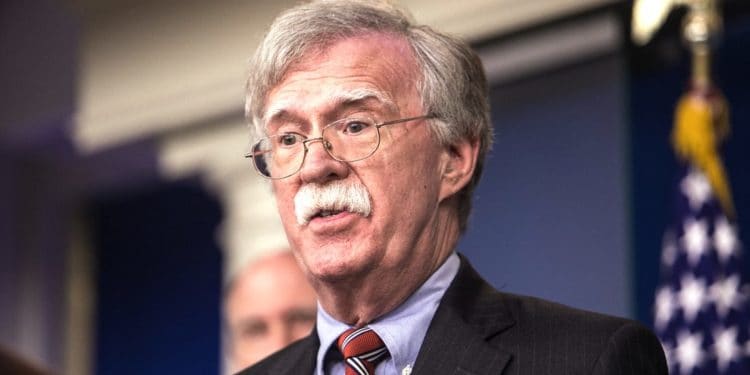 Who exactly is John Bolton? If you’re in politics, you probably already know the answer to this question. On the chance that don’t really follow politics all that closely or that you simply don’t remember, Bolton became well-known as a politician, especially with regards to his duties as National Security advisor under George W Bush. There were certain things about him that had a tendency to get the public’s attention, not the least of which was the passion with which he did his job. Of course, being someone that worked under President Bush, he also became something of a target for individuals in the media who would have preferred to poke fun at the administration as much as report news concerning it.

The bigger question today comes in determining who would be worthy of playing an individual as dynamic and sometimes complex as Bolton. Like most people, he wasn’t one-dimensional, not by any stretch of the word. As a matter of fact, he had a tendency to display certain personality characteristics that would sometimes seem like polar opposites of each other. It certainly isn’t uncommon for an individual to have many different layers. Some people refer to it as an individual expressing a different side of themselves. However, Bolton had a tendency to unpeel those layers at a pace that was dizzying to most people, sometimes making it extremely difficult to keep up with what was going on. One minute, he could seem put together and sure of himself and the next minute, it was as if someone else had replaced him with a look-alike. To be sure, he had a tendency to display virtually every personality characteristic in between. Maybe it was the stress of the job. When he was at his best, he was more than capable of doing the job with which he had been tasked. At his worst, he could potentially provide plenty of material for the news outlets that seemed to take great pride in pointing out the potential shortcomings of the administration.

If you’re thinking about actors who could potentially play Bolton, the first thing that comes to mind is that there is a relatively short list of individuals that could pull it off. After all, you need someone that brings a certain gravitas with them if you’re going to have them playing the role of someone in a presidential administration. That being said, you also need someone that’s capable of transitioning back and forth between a person who could potentially be serious and intense- even imposing, and someone who is far more gregarious. That shortens the list dramatically, as there really aren’t that many actors who are capable of consistently switching back and forth between both of these extremes and nailing it every time. If you’re wondering who makes the top five, check out the list below.

It doesn’t matter how difficult the particular role in question might be, Taron Egerton gets it right every time. He hasn’t been acting all that long, especially when compared to some others in the business who have been mainstays for decades. Nevertheless, he makes an impression in the best way possible and he has done so throughout his entire career. It doesn’t matter if the scene is supposed to be wildly funny, incredibly intense, filled with drama, or so emotional that you’ll end up reaching for a box of tissues, he can do it. He has a presence about him that makes you want to follow his character along. He draws you in. He’s one of a very short list of actors who can make you utterly believe that you aren’t just watching something. Instead, you feel like you’re bearing witness to a story that is unfolding in real time, right before your eyes. As such, he should be at the top of the list for this and many other roles. Hand him the material, step back and let him do what he does- you’ll be moved every time. Check out this trailer of his latest movie, Rocketman, which was released earlier this year.

If you have seen any of the Avengers films, you probably already know who Chris Evans is. He’s very good at storytelling he has an ability to intertwine the more realistic elements of an individual with things that are obviously complete fantasy, something that is virtually essential for good storytelling. He’s proven that he can draw a crowd and he’s capable of delivering a dramatic performance as well as one that carries a bit less weight.

Cooper has already demonstrated that he’s capable of playing a lot of different types of roles. Determined not to be typecast, he’s worked hard to ensure that he shakes things up on a regular basis. As such, he’s played everything from a sniper to a budding performer and a romantic. He’s worked his way up through the ranks in the acting world, starting with smaller character roles. It didn’t take him long to start landing leading roles, as most people in Hollywood quickly recognized that he was indeed the type of material that could carry an entire project on his shoulders.

It’s hard to imagine that Leonardo DiCaprio has been acting for decades. He started out on the American sitcom Growing Pains and since then, he’s been in dozens upon dozens of movies and other projects. He is an actor that is not unlike a pitbull. Once he latches onto a role, he’s not about to let go of it until he’s absolutely certain that he’s done his very best with it. That’s precisely what has allowed him to win so many roles over the years and it’s one of the reasons that he is still considered one of the most dynamic actors working today.

Hanks is another actor that has proven time and again that he’s capable of portraying practically anything thrown at him and making it work. What else could you expect of someone who’s been stranded on a deserted island like he was in Castaway and then turns around and plays Mr. Rogers? He really does transform himself into each character he’s playing and it definitely shows on screen.