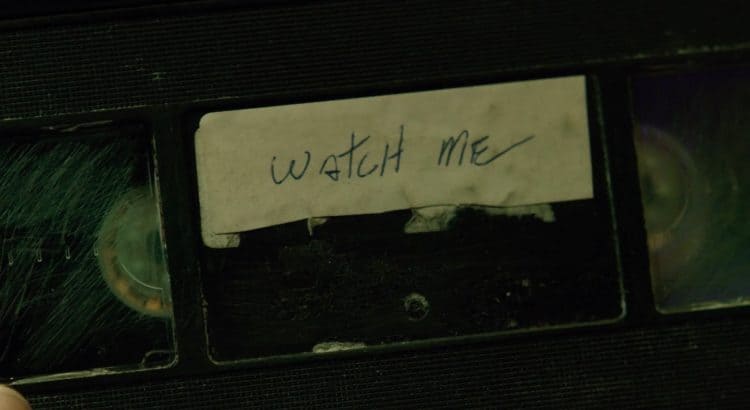 There are fan theories that are fairly simple because they connect two or more very similar ideas that appear to have plenty to do with each other, and yet fans might not make the connection right away for various reasons. Horror movies have a large number of similar elements to them that can be picked out rather easily if people just look, but some of them are so eerily similar that it almost feels as though the writers of each might have been in the same room, or might have been the same people writing different stories. Well, the truth is that V/H/S and The Ring had very different script ideas, in fact, the latter went forward without a completed script apparently, so it’s fair to say that both stories are quite different, even though there is a very supernatural lean to both of them. While the tapes in V/H/S don’t necessarily hold any dark spirit that’s bound to emerge from the TV, it’s fair to say that they create a strong and very deadly effect on those that watch.

It’s interesting to consider that those who made the VHS cassettes for both movies might be the same source, which would mean that, just spitballing, the VHS tapes for both are part of a diversification attempt to reach more individuals and terrorize more people across the world. While VHS distribution was still a pretty big thing at one time, it was still something that wasn’t one hundred percent reliable, and it could have happened that whoever was behind the creation of the tapes might have found it wise to create and/or gather different types of stories that might affect those who would watch them. While the V/H/S tapes might create one type of effect, the tapes that might be like those that Samara was featured in would be able to create another effect.

But the trick is that every tape would be able to affect those that watch them, be they strong or weak-minded. To think that there could be a conglomerate or dark force out in the world that would be creating these tapes and distributing them somehow would be terrifying in a big way since it would become a conspiracy of the sort that wouldn’t have a definitive end. Plus, it could push an anthology that might interest a lot of fans. Given the fact that a lot of the V/H/S stories manage to lean into the supernatural, it could be a great idea to push this, but it would no doubt be something that might be resisted or possibly denied simply because it would require a massive reboot that would be able to bring both ideas together in a manner that wouldn’t become a serious case of plagiarism. V/H/S’s anthology concepts are great since there’s only a tenuous connection that all of the stories share, while The Ring capitalizes on the distribution method of the tapes to reach as many as possible. By putting these two ideas together one could think that V/H/S might be an early form of the idea that became The Ring, or vice versa. It could be that one or the other was a practice run, and the other was the more refined version that would eventually be delivered to various individuals and then spread by word of mouth, thereby snaring people in a manner that wouldn’t be noticed as easily.

It’s kind of a wild theory, but it’s also one that offers up a lot of ideas that might be useful in a new horror series, or a movie. When thinking of how much people were willing to dive into both stories, it’s fair to think that a combined effort, a way to find the source of the tapes, would be the kind of idea that might actually be worth thinking about. Much like anything else, horror stories tend to come and go in cycles, following trends just as much as any other genre, but with anthologies of this type, it could be that the effort could be made at any given time and it could be just as successful. Whether or not it would ever happen is the better question, since it’s likely that the demand for such a thing might not be that high.

Still, thinking about it opens up a lot of different possibilities that might be able to create something that might inspire a lot of people to contribute one tale or another that might lead back to a centralized idea that could bring both stories together in a manner that might not have been thought of yet. Seeing the connection that lies between these two movies isn’t tough since there aren’t a lot of movies out there that have utilized VHS tapes in such a convincing manner. Creating another anthology that’s able to bring this kind of idea to light would be fun though.