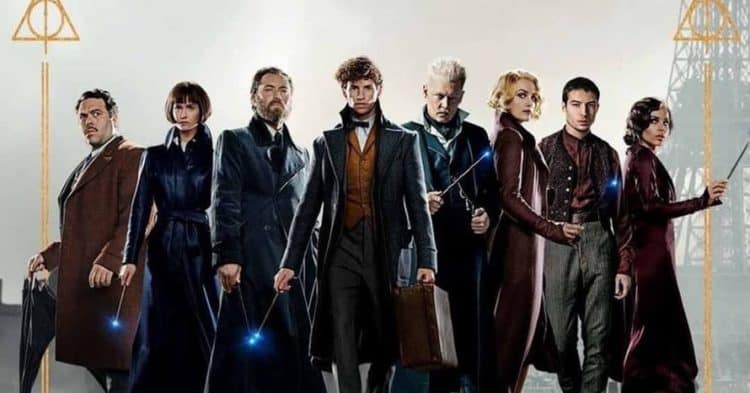 It’s been heard since the second Fantastic Beasts movie came out that the world of Harry Potter has stretched beyond its boundaries and focused less on what made the movies great, thereby ‘ruining’ the original story that J.K. Rowling created so many years ago. A similar argument has been made that came long before the Harry Potter universe, since the moment that Star Wars grew beyond the imagination of George Lucas, many people have said the same thing. In all fairness, there are moments when one has to wonder what a certain element that’s been introduced has to do with the original tale. But what many people don’t appear to realize, or purposely ignore, is that for a franchise to experience true growth, there are times when it has to introduce and embrace ideas that don’t appear to focus on the main story. It’s easy to sit back and laugh at this notion since it’s not entirely wrong, as the Fantastic Beasts movies do deal with matters that range far from Hogwarts and don’t have a lot, if anything, to do with Harry Potter. But the trick is that they don’t need to, since the world in which Potter exists has grown beyond his influence, and was doing so while the eight movies were still being rolled out in the theater.

Too many folks claim to understand that a world must grow beyond its initial boundaries, and yet the remarks that have been made following the second Fantastic Beasts movie are a bit ridiculous since ‘ruining’ the movies doesn’t come close to what’s been done. Instead, the Potterverse has expanded in a way that makes it clear that while Hogwarts is still the gold standard for magical education, it’s hardly the only institution where children learn about the magical arts. The two schools introduced in the Goblet of Fire, Beauxbatons and Durmstrang, are only two among many that are scattered over the world, but they indicated that Hogwarts isn’t the only place where kids can learn.

The idea of branching out and filling in the rest of the world in which Harry Potter was the star was bound to happen eventually since focusing on the core story the entire time would have been far too limiting and wouldn’t have given the chance for the story’s history to be shown and expanded upon as it has been since the last Harry Potter movie was released. Had it stopped there, with the end of the second Wizarding War, it does feel as though a lot of people would have been greatly disappointed since there was quite a bit of history within the wizarding world that had been mentioned throughout the eight movies. It was only natural that people would want to learn more about some of the more interesting characters that had been a big part of the original tale, and that there would be even more characters unveiled as things moved along. There was a great deal of history that was necessary to make someone like Harry Potter, and it went far beyond his parents since his legend couldn’t have come about without much of what’s been shown thus far in the two movies.

Plenty of people might happen to think that stepping away from the matter of Harry Potter might be less than wise when it comes to this world, but the fact is that any franchise that wants to expand needs to step forward with both feet while keeping the core idea well in mind. There’s no forgetting Harry Potter, far from it, but at the moment, while the battle between Dumbledore and Grindelwald is being built up to a crescendo, Harry Potter doesn’t exist. In the years leading up to the story, Harry isn’t even a glimmer in the future to come yet, since the era in which this story is taking place does not know what will happen in the decades to come. There’s too much to think about between the Great War and the Wizarding War that’s to come. Even Voldemort hasn’t been given any thought yet, so trying to keep in mind the characters that people know isn’t a bad thing, but it has no bearing on what’s happening in the movies now.

Understandably, fans of a franchise would be a bit distraught when things change and their favorite characters are no longer being used within the story, but in this case, the franchise has expanded in a way that does not include the character that made it possible for such an expansion. That’s okay, seriously, because the understanding is that at one point or another, the movies would catch up to the first movie, and things would be fine. As far as any lack of continuity, there’s a lot of room for explanation and plenty of ways to make the different elements of the story fit together.