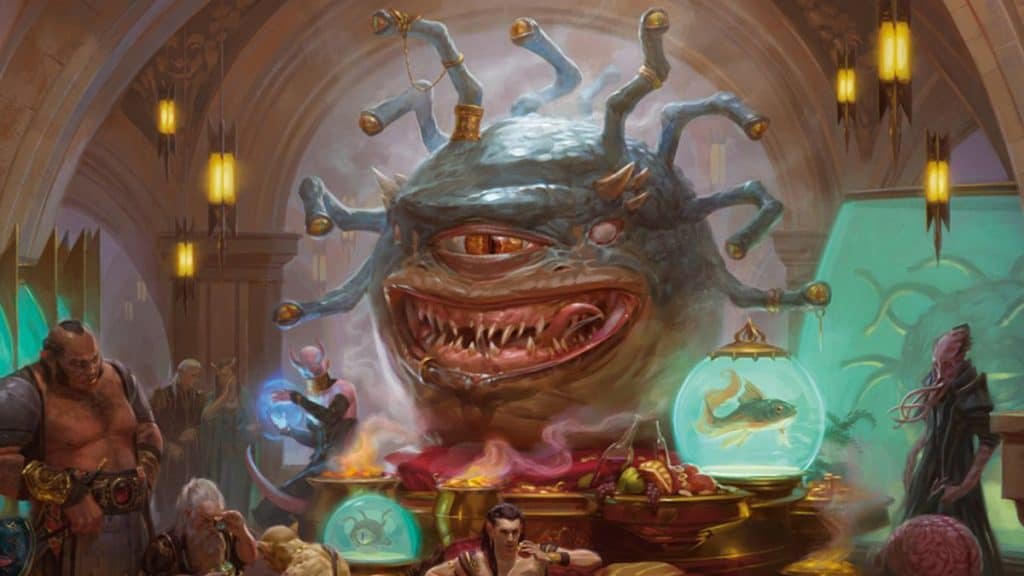 It’s arguable that the influence of Forgotten Realms has already been felt in Hollywood, but thus far nothing has really stuck with an impact that could be called lasting since the one movie that could have been called anything close to Forgotten Realms flopped in such an abysmal fashion that people have been actively trying to forget about it since. It could be that there weren’t any big names, not actors, but characters that were there to be seen and enjoyed. If there were, then they were minor characters that only the most diehard of superfans would have been able to point out since fans of Forgotten Realms and Dungeons & Dragons are no doubt ready to see those characters that have been bound to the page for so long without being afforded the chance to become much more than a literary figure, or if they’re lucky, a video game character that might have a special appearance that could easily be disregarded by those that don’t play such things. The impact that is needed at this point is something on the scale of The Lord of the Rings, and yet it feels as though this is seen as a risk by Hollywood executives that don’t know enough about the history of the books and how popular they really are.

Think about it, massive special effects moments, humongous CGI monstrosities that could devastate entire towns, species that rival anything in cinema now or throughout the decades, and it’s all at the fingertips of those that have the ability to greenlight a project that could give way to another world that might bring on yet another round of rabid fans that would gladly spend the money for a ticket to see their favorite heroes and villains on the big screen. It’s easy to think that a lot of people don’t know just how expansive the world of Faerun is, especially since it deals with different planes of existence quite often throughout the many stories that have been created over the years.

Magic, mayhem, and lots and lots of fighting and adventuring are there to be experienced if someone would just pull the trigger. It’s already been established that the next D&D movie will be set in Faerun, but with so many characters and so many impressive stories to pick from, one has to wonder just what could happen and what WILL happen. The depth of this particular world is so great that the gods even deign to make themselves known at times, and there are plenty of mortals that are favored by said gods, thereby making this a story that can get out of control very quickly, or can become something that, kind of like the MCU, could last for a long time if it’s embraced by enough people. If the average moviegoer realized how many books there are actually are to the Forgotten Realms series, they might realize that there are a lot of stories that are there, waiting to be told in all their glory. Of course, there are several tales that a lot of fans of the series would likely push for something along the lines of the story of Drizzt, a dark elf that originated in the Underdark, a hellish location beneath the earth where all sorts of nasty creatures dwell. Or perhaps they’d want to hear of Elminster the sage and wizard.

There are so many great characters in Forgotten Realms that trying to choose between them all is kind of tough to do, but it’s fair to think that permission would be needed for a lot of them since the creators of said characters might have something to say about using them in a movie, unless Wizards of the Coast happens to own them all. However it happens, bringing the world Faerun, above and below, to the big screen would be a great way to kick off another series of stories that could span across the big and small screens alike since there are plenty of adventures that take place across the breadth of the world that so many authors helped to create. The city of Waterdeep alone would yield up a great number of stories as it’s a massive cityscape that is constantly spawning one story or another.

If it happens, then fans will no doubt rejoice to see something that many people have been hoping for over the years. But if the next D&D movie fails yet again, it’s still worth thinking that another story might be smart to run with. The less than impressive movies that have already been put forth haven’t exactly built a lot of faith in the idea, but it’s a hope that the next movie to come will do something that the others couldn’t, which is kick off a genuine interest in seeing more of Faerun.