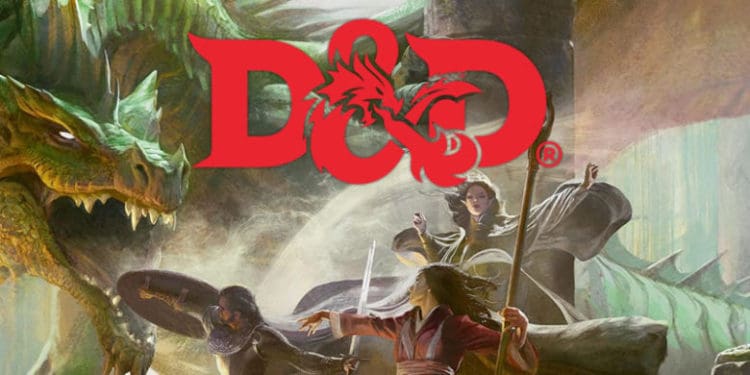 People might be amazed to learn just who plays the roleplaying game known as Dungeons & Dragons since for a long time it was known to be the favored game of those that were deemed as nerds and geeks. But the funny thing about this is that several celebrities have admitted to playing this game, and one, in particular, is going to be starring in a movie based upon this idea in the coming future. Chris Pine has been tapped to star in a D&D movie for Paramount and as one can guess, people are either excited or a bit anxious about this since to be fair, there has yet to be a truly worthwhile movie based on the many adventures that are to be taken from the D&D stories. One might want to think that out of all the fantasy novels that are out there that we would finally be introduced to some of the more popular characters from popular series such as Forgotten Realms or Warhammer or many others, but at this time all we really know is that Pine is attached and the hope is that this movie will be better than the flop that starred Jeremy Irons and Marlon Wayans so many years go. There are likely quite a few people wondering just what role Chris will play since there are many roles in the D&D universe that can be adopted.

A spell-casting mage is usually one of the most popular roles for many players and one that people love to see come to life since this type of character has dominion over many different types of spells that can deal massive damage. Many people might recall the dreaded words from their party’s mage “I cast fireball” and might have watched the dice rolls with mounting dread as they figure that their character might be going up in a puff of smoke if their friend rolls a little too low. Obviously, the movie won’t be relying on dice rolls as the game does, but imagining Pine as several different characters is kind of interesting since it does feel as though he’ll be as a human character, possibly a paladin or fighter if not a mage, as imagining him as anything else is kind of awkward given that he doesn’t really fit the profile for a bard, a rogue, or a barbarian. Possibly a ranger? There are many classes to pick from in D&D, but looking at someone such as Pine it does feel as though he’ll be given a position of authority since this is what he’s been accustomed to throughout a part of his career, though it’s always possible he could play an expert fighter or a paladin, in other words, a holy warrior that will take on a crusade of some sort. Yes, the D&D geekery is easy to fall into if you’ve ever played since trying to line up certain characters with accurate roles is actually kind of fun. Take Gal Gadot for instance, she’d be a perfect fighter or paladin due to her role as Wonder Woman, or possibly even a rogue thanks to her time in the Fast and Furious movies, or maybe even a sorcerer, since the role of mage tends to call for someone that’s a little more bookish and bound by rules, where a sorcerer can get away with being a little wilder.

One thing about a D&D movie however is that apart from the casting, the special effects really need to be on point since there are quite a few impressive creatures within many campaigns and a lot of them will require CGI or some type of effect that will fully integrate them into a movie without looking cheesy. This could be one reason why a successful D&D movie has never really been brought to the fore, since the effects have almost always looked horrible, even for the time period in which they were created. The budget for these movies has never been that great, but hopefully Paramount will be able to kick in for some truly jaw-dropping special effects that will keep people entertained since otherwise it’s bound to be another movie that people will watch but admit is kind of a lame attempt at bringing interest to something that is still a lot of fun to play, but hasn’t really been that great on the big screen. One can’t really fault Jeremy Irons, Thora Birch, or Marlon Wayans, or a lot of people for that matter when it came to the first movie that came out, as they were working with a very strange idea that had merit but not the kind of effects that were needed.

Here’s hoping that this next movie with Chris Pine will be something that everyone, not just the D&D crowd, will find appealing.