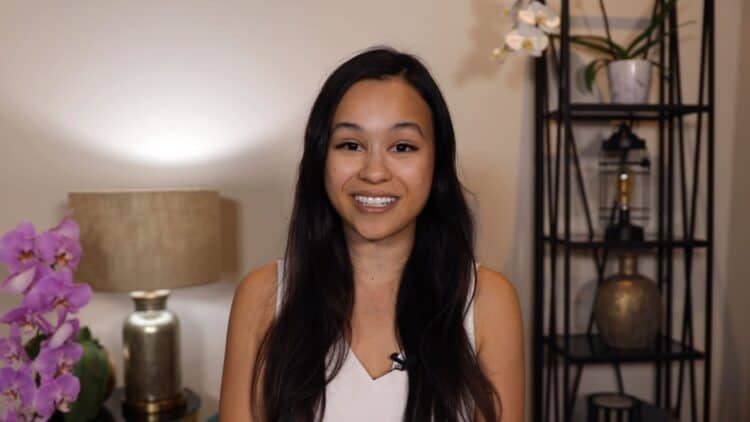 When Erika Kullberg started her career as a lawyer, she probably thought it was something she’d be doing until she retired. However, it looks like life had other plans for her. After working in corporate law for several years, she decided to quit her well-paying job. She eventually started a new career as a content creator. While some may have thought this was a ridiculous move, it turned out to be the perfect choice for Erika. She now has millions of followers who flock to her page to learn more about finance. She is also known for sharing information on companies’ terms and conditions so that consumers can feel more empowered. Keep reading to learn 10 things you didn’t know about Erika Kullberg.

The internet is full of “gurus” with minimal knowledge who claim to know what they’re talking about. That isn’t true for Erika, though. To put it simply, she is the real deal. She has a bachelor’s degree from the University of Notre Dame and she earned her JD from Georgetown.

2. She Lived in Japan

Erika was born in the United States, but she spent a good portion of her childhood in Japan which is where her family is originally from on her mother’s side. During her time in undergrad, Erika studied Japanese. Her LinkedIn profile shows that she can speak Japanese.

3. She Didn’t Have Another Job Lined Up When She Quit Working in Corporate Law

Quitting a job is always scary, but it’s especially scary when you don’t have another opportunity waiting for you. When Erika decided to leave her job at the law firm, she didn’t have another job. However, she made sure her finances were in order so that she could comfortably take that leap of faith.

4. She Originally Planned On Becoming A Doctor

Becoming a lawyer wasn’t always what Erika planned for herself. Erika told Wildly Wealthy Life, “With an Asian mom, the dream is always for their children to become a doctor or lawyer. And so, I went to college with this idea that I was going to become a doctor. But then I got a C in Organic Chemistry. And I was like, “Oh, I guess I’m not going to be a doctor. What’s next lawyer?”

In addition to her social media success, Erika is also the founder of a company called Plug and Law. According to the description of the company on her LinkedIn profile, “Plug and Law makes legal accessible for entrepreneurs and small business owners looking to start and grow their business. ” However, that wasn’t her first time starting a business. In 2015, she started a company called ReferU LLC, but it only lasted for one year.

Erika’s TikTok videos are what most people know her for, but that isn’t the only platform where she’s made a name for herself. Erika started a YouTube channel in August of 2019. Since then, she has gotten 342,000 subscribers and her videos have gotten over 15 million views.

7. She’s Always Been A Frugal Person

Being mindful about saving and spending isn’t something that Erika just started doing because of social media. While talking to Wildly Wealthy Life, “I think I’ve always been quite frugal, I’ve always known how to save money because growing up, I guess as a military-brought, we knew how to save money.”

8. She Has an Online Course

Watching Erika’s videos isn’t the only way that you can gain access to her content. She has an online course on Mastering YouTube that can be purchased through her website. However, it’s important to note that this course is $497 and not free like following her on social media.

9. She Participated in Blackout Tuesday

Erika’s content is strictly focused on finance-related topics, so it’s very rare that she posts anything outside of that. However, in the summer of 2020, she posted a black square on her Instagram account to acknowledge her participation in Blackout Tuesday. Blackout Tuesday was organized as a virtual protest so that people could use social media to show their solidarity with the Black Lives Matter movement.

Building a large online following comes with lots of perks. For Erika, however, the biggest one is the fact that she’s been able to inspire so many people. Thanks to Erika, millions of people have been able to access all kinds of information they probably wouldn’t have found otherwise. She hopes to continue inspiring people for many years to come.