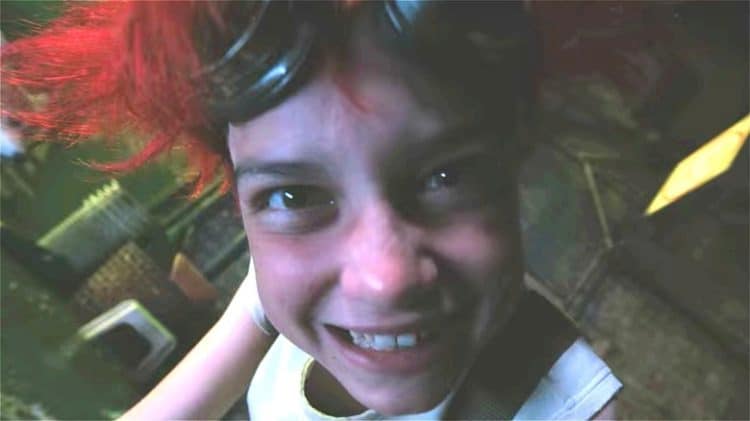 When Netflix made the decision to film a show called “Cowboy Bebop,” the network knew it would work. Everything on Netflix works, right? The show was originally aired back in 1998, but it was only around for 26 episodes. Now, it’s on Netflix, which essentially means it can have as many episodes as it wants. This is a show that has so much to offer, and it’s a show that has so much going for it. It’s a cowboy show set in the future – and it’s set in space. Eden Perkins is one of the stars of the show, and the world wants to get to know more about Perkins. We’ve done some digging, and here is everything you need to know about new child star Eden Perkins.

1. Perkins is a Newcomer

If the name Eden Perkins is not familiar to you, that’s all right. The actor is new to Hollywood life, and Perkins is making quite a name in this role. The character Perkins’ plays is called Radical Ed, and it’s a character that fans love.

While we do know that the character of Radical Ed that Perkins portrays on the new Netflix series is only 13, we don’t know the age of Perkins at all. That’s nothing we’ve been able to uncover. We can speculate, of course, and we can come to the conclusion that Perkins cannot be much – if at all – older than the character.

While we don’t know the young star’s age, we do know that this is a young star that is non-binary. Non-binary, as defined by Wikipedia, is “an umbrella term for gender identities that are neither male nor female”. Perkins also asks that people use them/they when talking about the young star.

The character of Radical Ed is a big one, and the young star loves playing the role. The star calls the role, “incredibly exciting,” and has been enjoying the time spent filming and learning to play the character. Since Radical Ed is such an important part of the story and the background, it’s been an interesting journey to see the character introduced to the show.

This is an assumption based on an Instagram photo. The young star dons a pair of roller skates and poses with a dog on a leash, so we assume that Perkins does like dogs. Is this the young star’s dog? We don’t know, but Perkins does look very comfortable with the dog.

Perhaps it would have been simpler to simply say this young star really just loves animals, but we thought we’d be a little more detailed. The young star also shares a photo of the cutest little kitty on Instagram, and we are here for it. This cat is adorable, and it seems the cat’s name is Mousey – we are also here for this.

Perkins is a child, and it’s so good that this child is private. It’s likely one or more of the young star’s parents are in control of that aspect of the star’s life – no one should have too much access to a child in any capacity, let alone one who is going to be in the spotlight like this one. Children do need adults to care for them, to show them the ropes, and to help them understand why privacy is so important. Experience is the best teacher, and kids simply have not had much experience in life and need more time to develop, and this can be a very precarious situation for a child actor.

9. Fans Aren’t Sure About the Character

At the moment, fans are a little unsure about Radical Ed based solely on the way the character is portrayed in the anime world. Bringing this type of personality to television using a real person might not translate so well, and fans need to see more before they are sure how this will work for the character of Ed.

We know that this is true because Perkins only portrayed the character of Radical Ed at the end of the first season of this show, which means that the star will be back as long as the show is back for a second season. What the character will bring to a new season is beyond us, but fans want to see more. In fact, they need to see more.

10 Solid TV Shows About Living Off the Grid

Catwoman And Batman Become Partners In The Newest Trailer

Why Scary Movie 5 Bombed At The Box Office