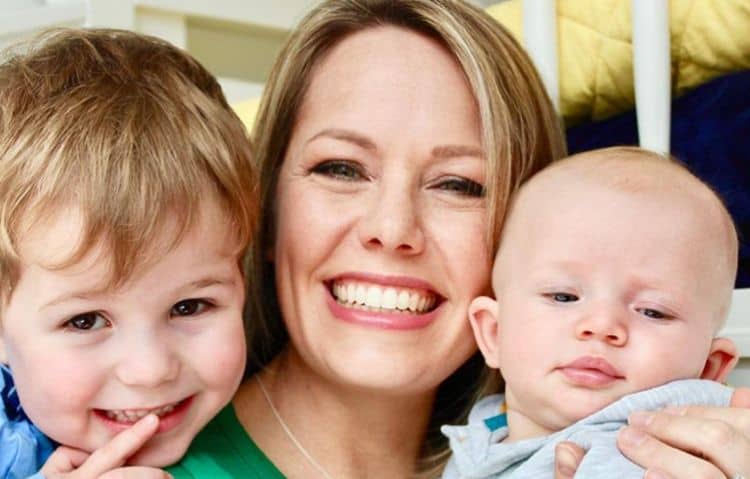 Unless you watch a lot of NBC or the Today show you might not know the name Dylan Dreyer. In fact you might be thinking of a man once you hear the name since a lot of men are named Dylan, but it’s hard to find a woman with this name. You might have to ask her parents how this came to be, but it could have been the same idea as Christine Michael of the NFL, her parents might have been wanting a boy and had a name all picked out and didn’t want to change it when she was revealed to be female. Or it could be something entirely different, but that was an interesting theory anyway. In any case she’s owned her name and her reputation throughout the years and she’s made both work for her in a big way since she’s been able to hold onto her position and enlighten a lot of people throughout the years.

Here are a few things about Dylan you might not have known.

10. She suffered a concussion during a car accident on her way to work at one time.

Thankfully the injury wasn’t too severe, but it sounds as though she was on her way to work to report a blizzard and lost control of her vehicle. If it slipped on a patch of ice that’s what you would call ironic quite honestly.

9. Her following on social media is pretty impressive.

She has hundreds of thousands of followers across her social media accounts, which is kind of interesting since a lot of people might know about her but it would appear that a lot follow her. Perhaps it has more to do with her weather reports though than just her name, though if someone is good enough at what they do people tend to want to pay attention.

8. She used to put her full name on job applications so that they knew they were hiring a woman.

You can imagine that a lot of people would likely feel that they were hiring a man just by looking at her first name since it’s a pretty common man’s name. But putting her middle name, Marie, down on the application as well it would seem that a lot of people got the point that she was a woman. Hopefully this never swayed anyone not to hire her.

7. Dylan suffered through a miscarriage at one point.

This is a horrible thing for any woman to go through depending on the severity of it when it happens during the pregnancy. It’s a horrible thing anyway, but it’s also extremely painful for women in some cases since it is an expulsion of sorts that forces both physical and emotional pain to emerge in droves.

6. She’s been a meteorologist for a while.

NBC wasn’t her first stop when it came to being a meteorologist as she did work for another station before getting a job at the bigger network. This seems pretty standard though for a lot of people since just like anything a person has to work their way up to the top spot where a lot of folks want to be. It’s pretty normal, the people doing the hiring want to know they’re getting someone that can handle the job and the added pressure.

If you knew how much she and her husband spent on a one-bedroom apartment back in 2012 your eyes might pop out of your head. But they did manage to sell it for a whopping profit later on. They haven’t updated where they moved to however, and it seems that it might be better if they didn’t.

4. She started her career directly after graduating college.

Dylan was on the go the moment she was done with Rutgers and was ready to get going with her career. This seems like a woman that’s not the type to sit idly by and just wait for her moment. She knows how to go out and get what she wants and she doesn’t stop until she’s there.

At the age of 37 she’s managed to create a huge reputation for herself and has accomplished quite a bit in her career.

2. After one show she did the Beyonce challenge with one of her coworkers.

Francesca Gariano from Today was kind enough to post this Twitter feed that shows Dylan and one of her coworkers taking on the Beyonce challenge that involves a certain dance move that some people are doing following Beyonce’s appearance at Coachella.

1. She hosts the show Earth Odyssey as well.

This is a show that allows her to go all over the place and film various animals to further educate people and entertain them at the same time. She’s proved to be quite the entertaining host to be honest.